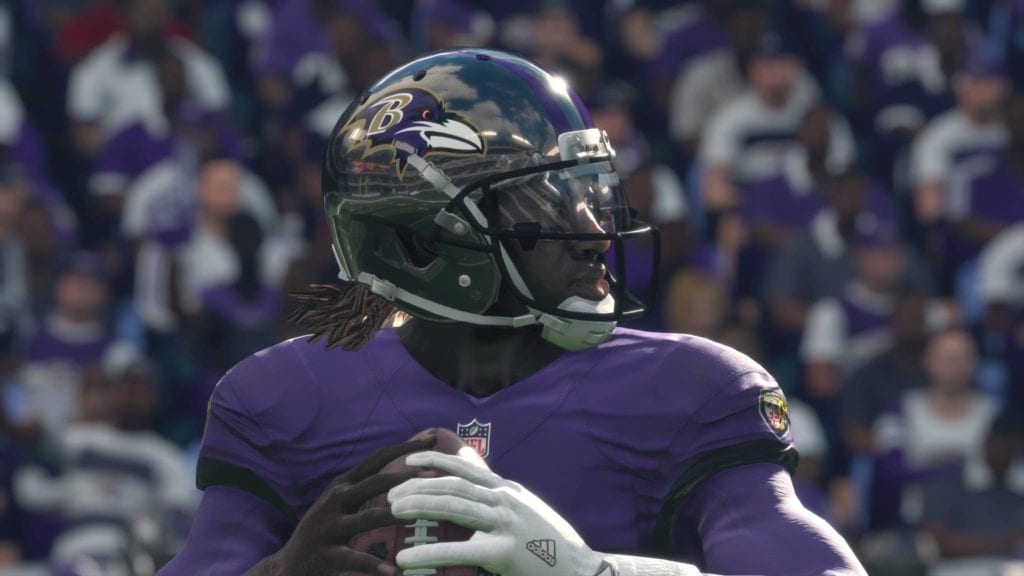 Despite some fairly significant strides in cleaning up legacy issues and core gameplay mechanics, the Madden franchise is still missing its hook. Whether that is indicative of its gameplay or feature set, it’s hard to know. Games like MLB: The Show and NBA 2K have coasted on strong gameplay for nearly a decade — allowing each to experiment with their game modes in new and exciting ways. Perhaps Madden needs to follow the same path: gameplay first, game modes second. Here is our wishlist for Madden 19.

This should be a priority for EA Tiburon. A lack of spacing leads to a lot of issues, including too many opportunities for interceptions (and the subsequent drops that just look terrible), weird completion rates and an odd pass rush. The easiest fix for all of this would be to develop stronger A.I. that behaves like they only have one set of eyeballs rather than a dozen. Players should have an awareness of situations, but only believably so. In turn, this would lead to more one-on-one coverages and allow for throws to sometimes hit the ground.

This is an issue that has plagued Madden since its inception. For one reason or another, the game plays the exact same way on the 10-yard line as it does the 50. There are a number of problems here, including the play calling by the CPU. Perhaps most important, however, is the fact that plays like the end zone fade and goal-line runs don’t play out like they should. Rarely do running backs have to earn their touchdowns in Madden, and all too frequently the plays result in them going untouched into the end zone or slaughtered deep in the backfield.

Instead, it would be really nice to see offensive lines crashing on the defense and running backs leaping their way to a potential score, or a quarterback burrowing themselves in a gap for the necessary yard. As it stands, Madden’s red zone plays much too similarly to the rest of the field.

This is probably the largest feature still missing from Madden. Football is a game of chess, and unless you’re playing another person online, it’s very unlikely you’d ever get that from Madden. The AI has trouble adapting to any long or short-term strategies, including running the same play over and over again. This issue is twofold, because not only do you miss out on a strategic battle between you and your opponent, it creates a divide in difficulty. Boosting the difficulty then has to come from artificial means, like boosting CPU player ratings.

Difficulty should work in tiers of adaptive intelligence. If a computer can run a perfect game of chess, surely it can adapt to specific kinds of play calling. There is no reason that this feature hasn’t found its way into the franchise yet in any kind of meaningful way.

Assuming all of the above features have been added, I’d love a coaching carousel mode that starts you off as a coordinator. The importance of play calling would obviously have to be boosted in order for something like this to work, but it would be really fun trying to begin a career as a shutdown defensive coordinator or high flying offensive coordinator.

Moreover, the NFL traditionally has one of the most interesting carousels in sports. Every year, a handful of vacancies open up and the rumor mill starts flying. It would be fun if that was a part of the offseason routine in Madden 19.

This is probably the least likely feature for Madden 19, which is a shame because it might be the one people want the most. Every year, the NFL draft proves to be one of the most interesting segments of team building in all of sports. While I enjoy most of what Madden’s current draft has to offer, there’s nothing like having a realistic class to scout and pick from.

While it seems likely that Madden is still trying to avoid all things related to college sports, there is precedence. Other sports franchises, like NBA 2K, have implemented the feature successfully and without any major legal issues.

What’s on your wishlist for Madden NFL 19?

Cancel reply
Discussion
Custom stadium music
MLB The Show on PS4 has custom stadium music that you can use with a USB flash drive. The music also plays through the stadium speakers. NCAA Football 14 had custom stadium sounds, but didn't play through the stadium speakers.
Fix the sidelines as well. It hasn't been changed for years.
Sucram7777
Couple things that, I'm sure were mentioned prior by a few good lads a couple pages back, but just to strengthen the notion:
1). Remove XP system
Yes, the idea that you can selectively choose specific attributes of a player you want to upgrade is good. However, building XP over in-game stats heavily encourages stat-padding (i.e. let me throw to my new SS development rookie WR 20 times each game for 200 Rec Yds & 3 TDs......and thereby afford Speed/Catching/CIT attributes).

If You Were in Charge of Madden: What Is Your Five-Year Plan (Roundtable)