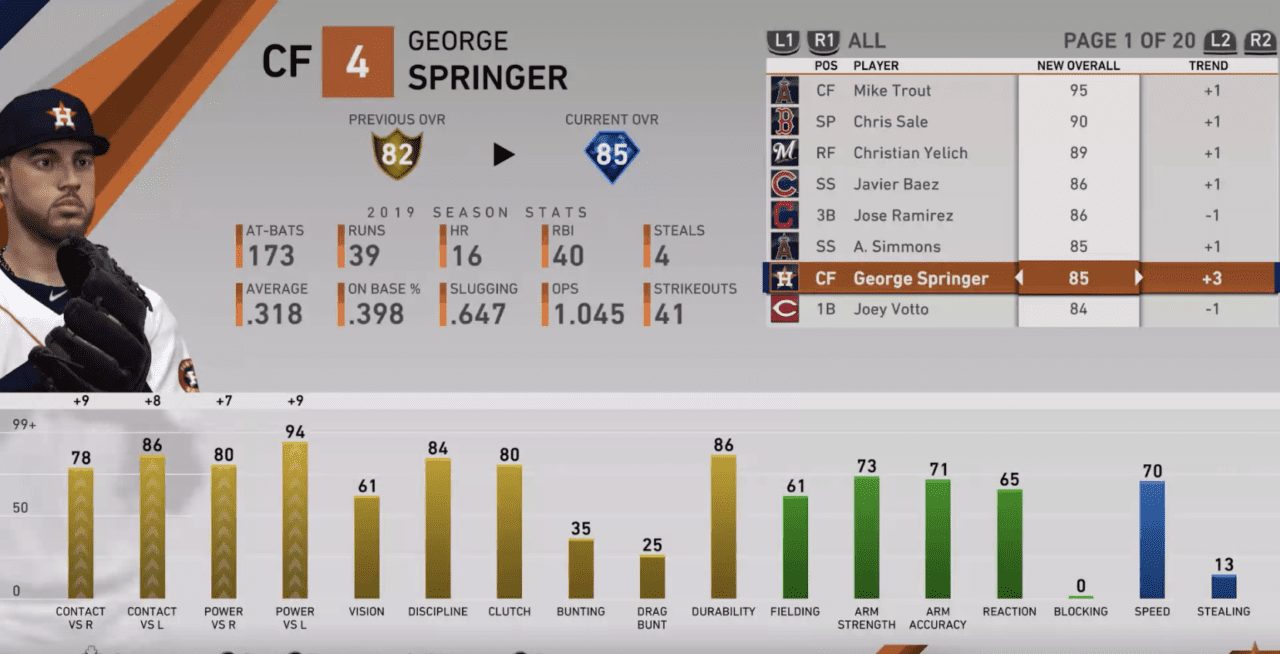 Today was an endgame-type day for Diamond Dynasty as the 3rd Inning Program and Set 8 packs were released for MLB The Show. Also released was a brand new roster update, sure to stir up the market for baseball fans and Stub investors.

First, a switch-hitting second baseman in Signature Series Roberto Alomar. Supreme contact skills, coupled with power ratings exceeding 70 overall from both sides of the plate, Alomar will be an absolute force at second base, a position generally lacking thump. He’ll be a favorite for most upon reaching 300 program stars.

Next, a fire-balling starting pitcher in Justin Verlander in his Signature Series form. Armed with a 98 mph heater and a vicious 80 mph curveball, Verlander will likely remain in rotations for the rest of the year. 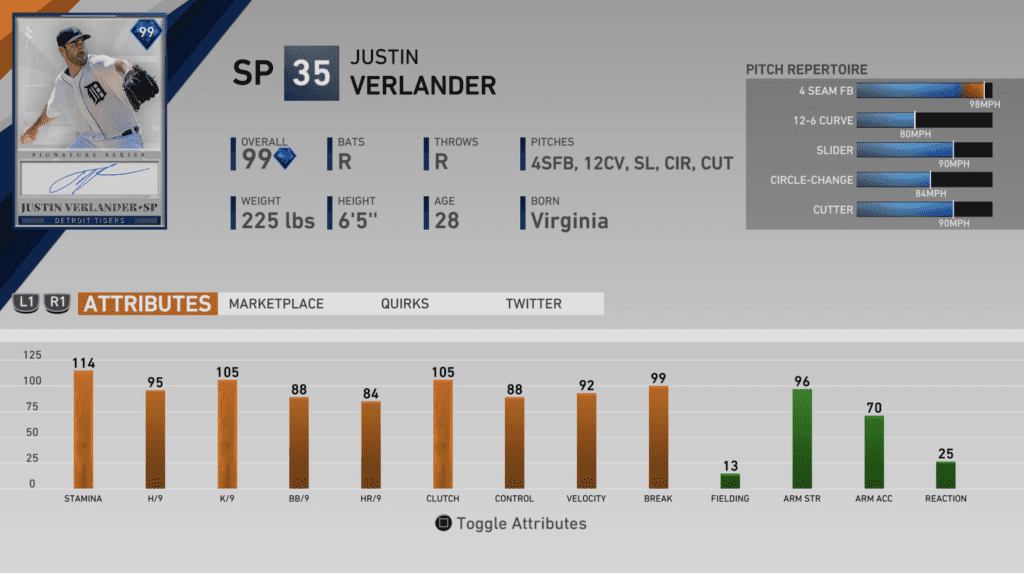 Finally, the bag-snaggin’ showboat himself, Rickey Henderson, also in Signature Series form. Henderson, like Alomar, has it all. He’s got all five tools in spades and will surely be a fan favorite. The only thing going against Rickey is the countless options users have in the outfield. Finding a place for Henderson with guys like Ichiro, Mays, Bautista, Lofton, Trout, Gwynn, Snyder, etc., etc., is a bit trickier.

Set 8 Headliners packs were also released today. Included in this set are a 94-overall Rookie Dellin Betances and a 93-overall hardware Ernie Banks — likely another popular choice at a position lacking in top-end super talent. 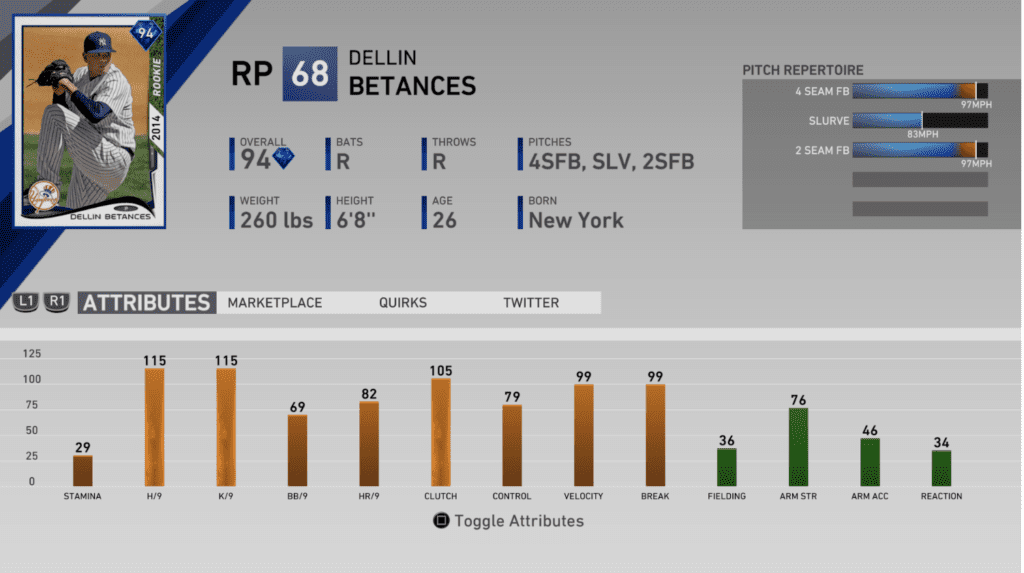 As far as the roster update goes, I hit on some, and struck out on others in my predictions from Wednesday. Shane Greene went silver, Jon Lester went gold and Michael Brantley also went gold. However, Victor Robles, Ronald Acuña Jr. and Sean Doolittle went untouched.

The real surprise for this week’s roster update was George Springer making a massive jump of three points to an 85-overall diamond. Springer received anywhere from seven to nine points in all contact and power attributes, vaulting him up to his newly minted gem status. 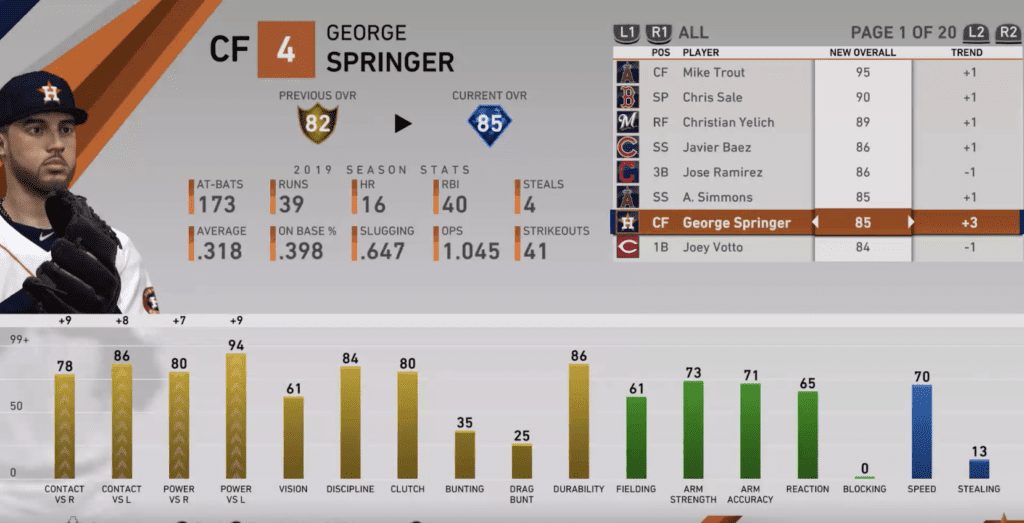 130 players were impacted in the latest roster update. Here’s a look and how some others fared: