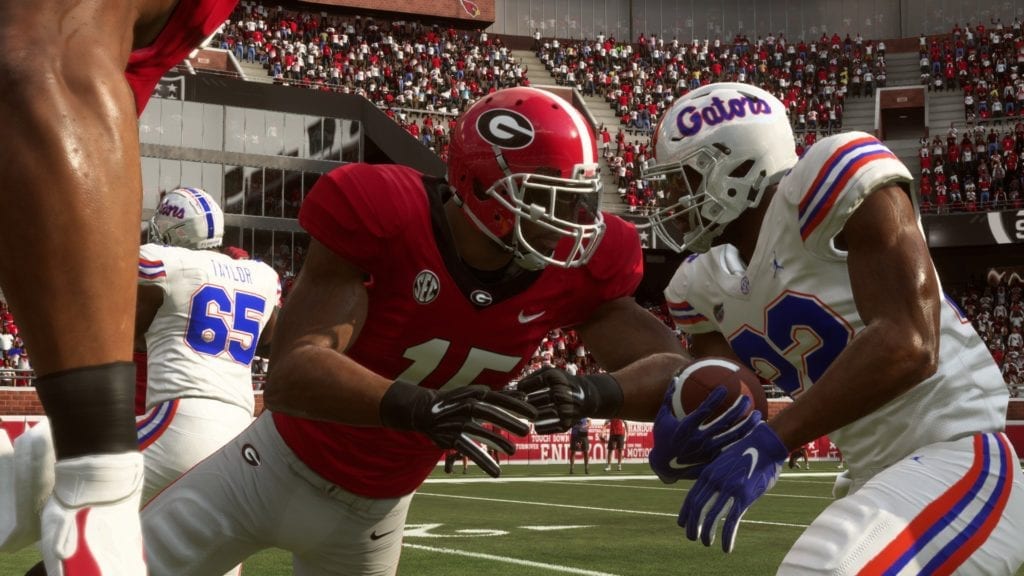 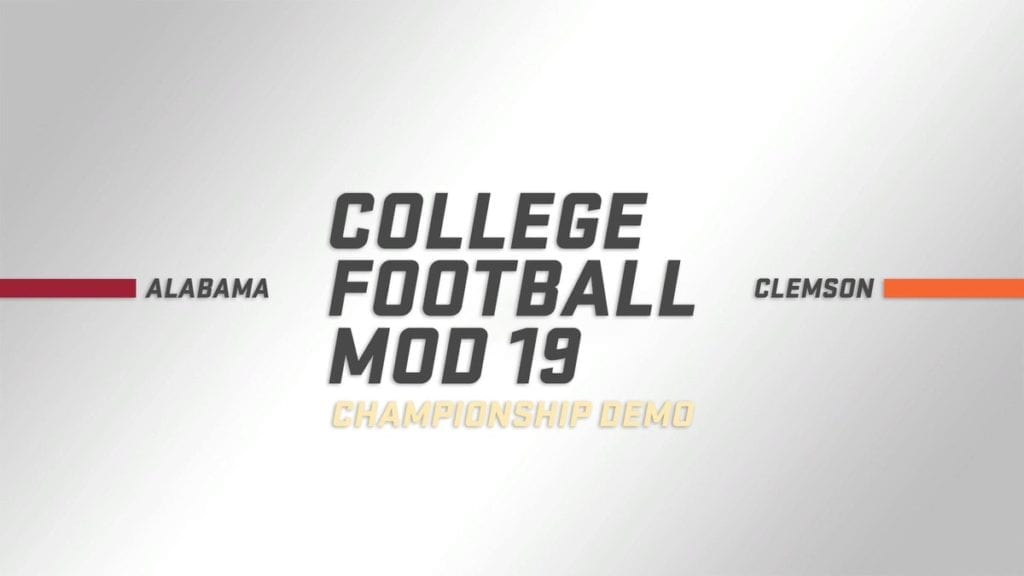 For fans of NCAA Football video games, it has been five long years since the release of NCAA Football 2014 by EA Sports. I personally belonged to a dedicated group of 10 individuals who would do battle year in and year out for online dynasty supremacy. For us though, and many others, it was much more than just about playing a game that we loved. It was a social event that I can only comparatively associate with a Friday night card game with the boys. Our group would sit in party chats for hours and give play-by-play specific breakdowns of the game we were playing. And if it was a head-to-head game that was being streamed, shut it down because all eight of us would watch that game as if we had bet a year’s worth of paychecks on the outcome.

While it seems weird to have been so emotionally invested in a video game title, all of us were and made no apologies about it. And if the lawsuit that took our precious football title away had never happened, our dynasty would still be going to this day. While some still play an updated version of NCAA Football 14 to help fill the void left by the demise of the once proud franchise, many do not have the ability to overcome the lack of graphical polish or a past-gen system to do so.

Thankfully for our group, and many others, there is a small group of dedicated PC aficionados from Operation Sports that still retain that same passion, and have decided to put it to good use by creating an College Football Mod 19 that utilizes EA’s Madden NFL 19 PC release as its base. I had a chance to talk with the group creating this mod to find out what exactly can and cannot be accomplished with this current mod, what will be included, and when it will be available for the community.

Operation Sports: Who originally had the idea for this mod, and how many are currently contributing? 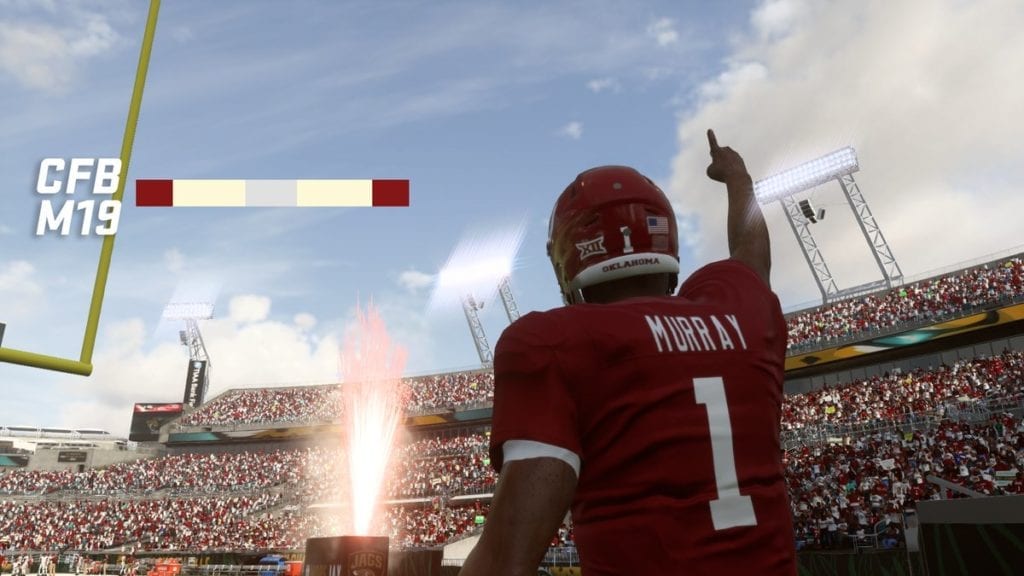 Reggie B., NCAA Mod Member: When we think about the origin of this mod, it goes back, at least for me, to the community. The community has been craving some NCAA Football, and I decided to create a Discord and get some folks on board. Thankfully, many from the OS community and beyond have come together to work on this wonderful full conversion mod. As of right now, we have around 10-15 people with many that have been in and out, and some that only work on it part-time. If I messed that number up, I am sorry!

OS: Has the team figured out all that can be modded, or are there new possibilities still being discovered?

Reggie: The mod has been under development for a while now and actually before it was really moddable on Frosty [a mod tool]. With that said, we are finding new things every single day. We hit a huge snag with jersey numbers that delayed us quite a bit. However, with that out of the way, we are finding limitations in audio, which is the biggest bummer. We have high hopes that audio will eventually break through, but not anytime soon. We did discover some big finds with 3-D models on the stadiums that tremendously help the immersion.

OS: What’s been the favorite thing to mod, and what item that cannot currently be modded, has been the most disappointing? 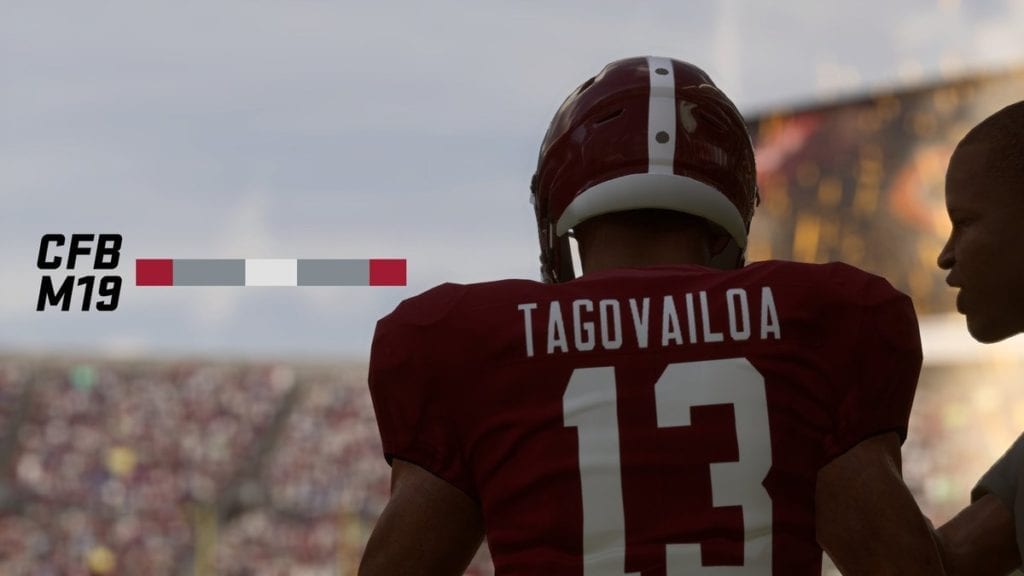 Reggie: That is a hard question to answer. It is all fun and why we continue to work hard on it. Everyone seemed to want to do nothing but create fields when we first started this project, but I think this was due to not knowing fully what we could do. Now we have dedicated guys on different aspects of the game and working on whatever they enjoy doing. As I mentioned before, audio. When you think college atmosphere, you think fight songs, crowd noises, etc. It’s disappointing” but this will always be an ongoing project, and as soon as it is moddable, we will have it.

OS: What has been the hardest aspect of the venture? 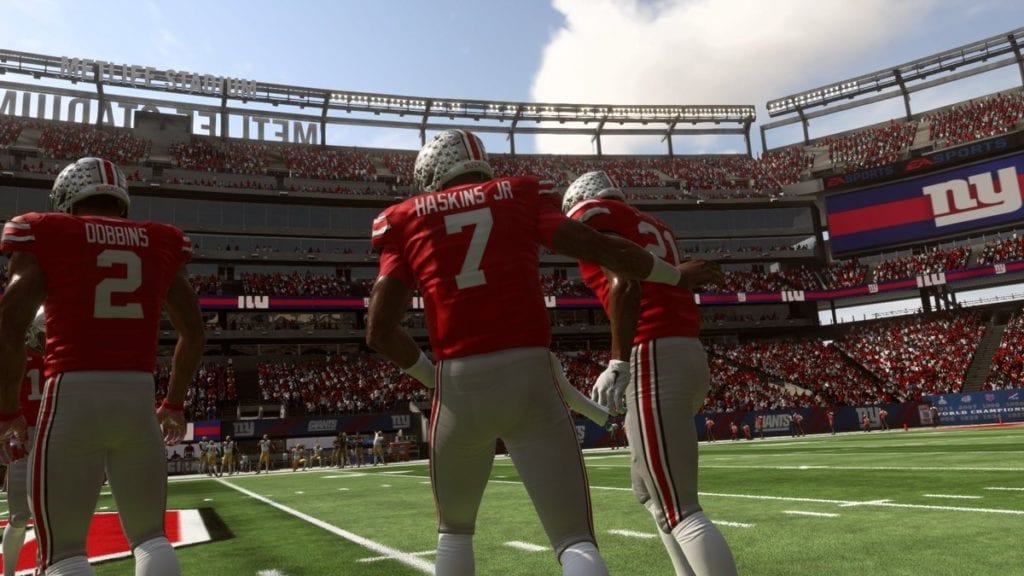 Reggie: Oh lord, a lot. Getting everyone on the same page is always a fun task! The hardest part, honestly, is just the time commitment. We all have families and jobs so we do not have the luxury of working all the time. We have one guy that is basically doing the whole roster, and he is doing an incredible job with the ratings and equipment. Modding takes a long time due to constant testing, and this is a big game, and there are so many small things to remove and edit to help the immersion factor.

OS: How many teams and stadiums will be in the NCAA 1.0 release? 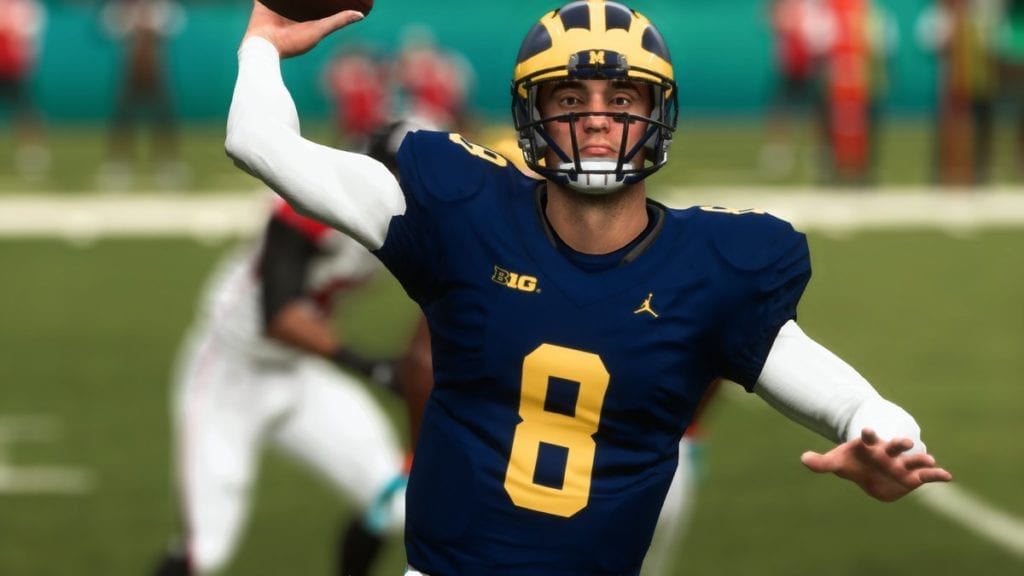 Reggie: 32 teams initially, but there will be a couple extra fields included that people can use such as the college football playoff fields. We would love to add more, but no further development has allowed us to increase team count. We will allow people to swap out teams of course, so if your team is not in the mod and you want to create them or see if someone else will, you’re in luck!

OS: Will the new textures make the game more taxing on the average PC, or will it retain the current system requirements of Madden NFL 19?

Reggie: Good question. I have not seen any issues so I think everyone will be just fine. Unfortunately, since we cannot test everyone’s build, it could always cause performance issues somewhere. The textures aren’t any higher quality than what is in the game and there are no added textures, everything is replaced or removed. Now with us removing meshes (3-D objects) in the stadiums, it might even help performance, who knows!

OS: Will this mod be usable in an online franchise with other human users? 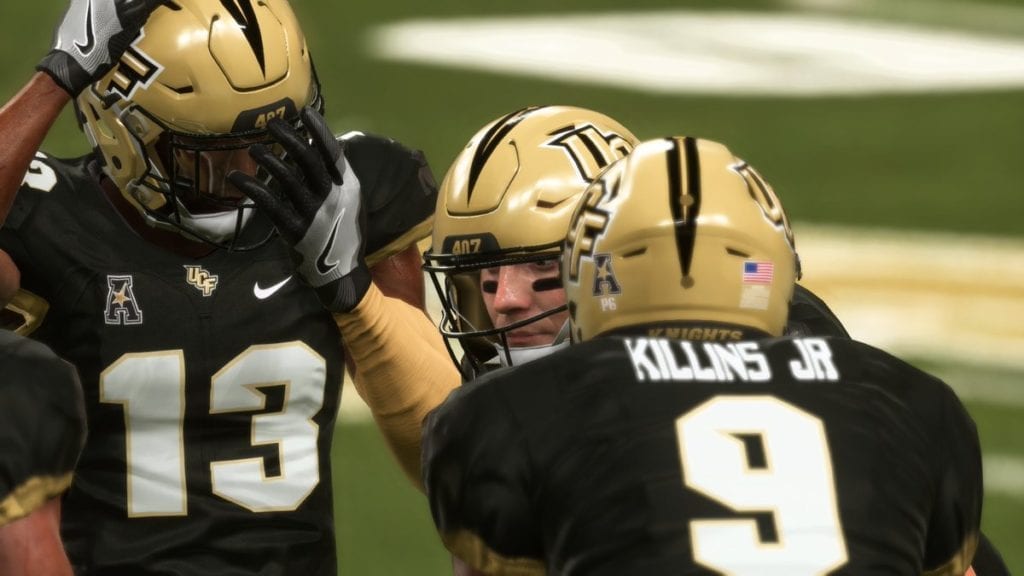 Reggie: Obviously, the best rule of thumb is use at your own risk, with the potential of being banned. Rumor has it the game checks the rosters and playbooks, so rosters could trigger something. I have heard others using mods with others successfully online. We are not responsible for anyone getting banned, nor endorse going online!

OS: Does the team plan on running a simplified beta for people to test the mod out before release? 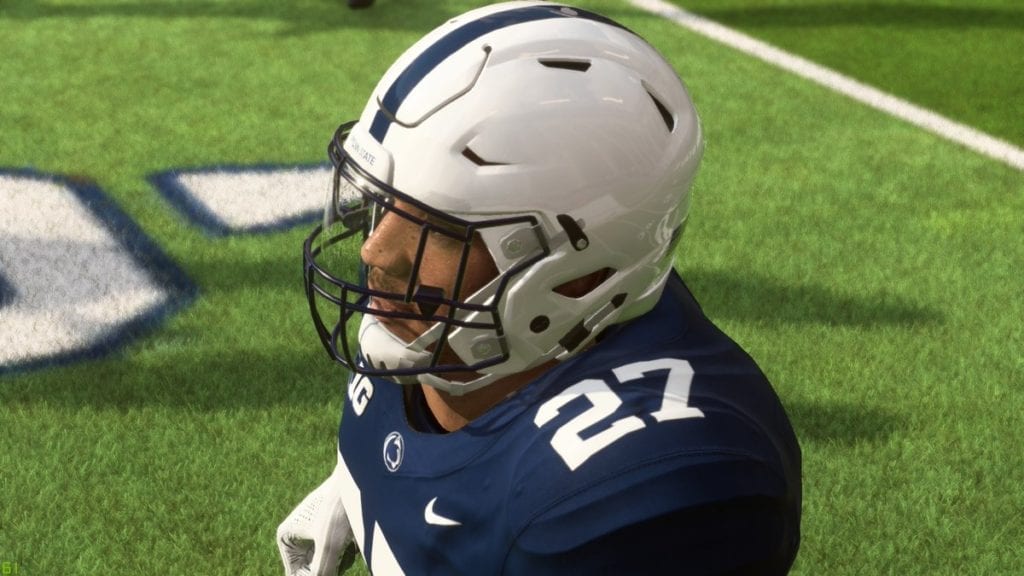 Reggie: Tricky question, and we would love to offer something to hold people over, there is a lot to iron out before we can commit to anything.

OS: A hard question to answer for sure, but is there a time frame that is realistic for the release of this mod (without giving a firm date)?

Reggie: The team is working as hard as they can to provide a quality mod in the shortest amount of time. With this being an ongoing project (meaning we will be working on this way into the future), a rushed product is not the best idea. Keep up with us on twitter and Operation Sports for constant updates! 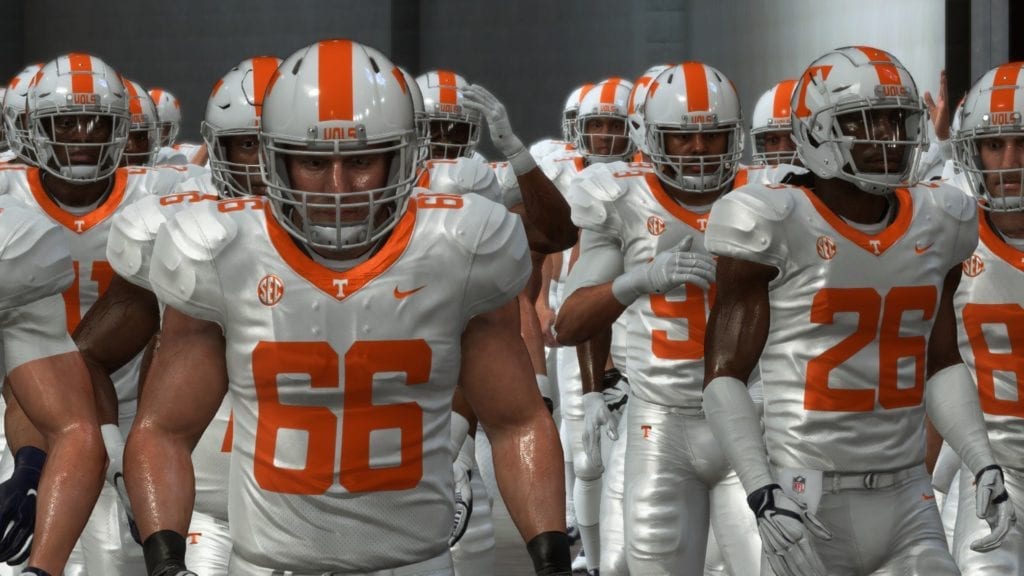 While the College Football Mod 19 may not include all the teams, dynasty mode or the ability to recruit, the biggest void of having no current collegiate football title will definitely be drastically reduced. Having the ability to play even a modified version of NCAA Football will be warmly embraced by the community, and the continuous efforts of the modding group and community of this ever-evolving project are greatly appreciated by many. As mentioned above, this mod is only available on PC, and by having purchased EA Sports’ Madden NFL 19 through Origin. For those wondering, a gameplay mod will be available alongside with the graphics mod that will include the following:

You can follow the progress of this mod at the following Twitter handle, or on our forums. Check out the gameplay video below.