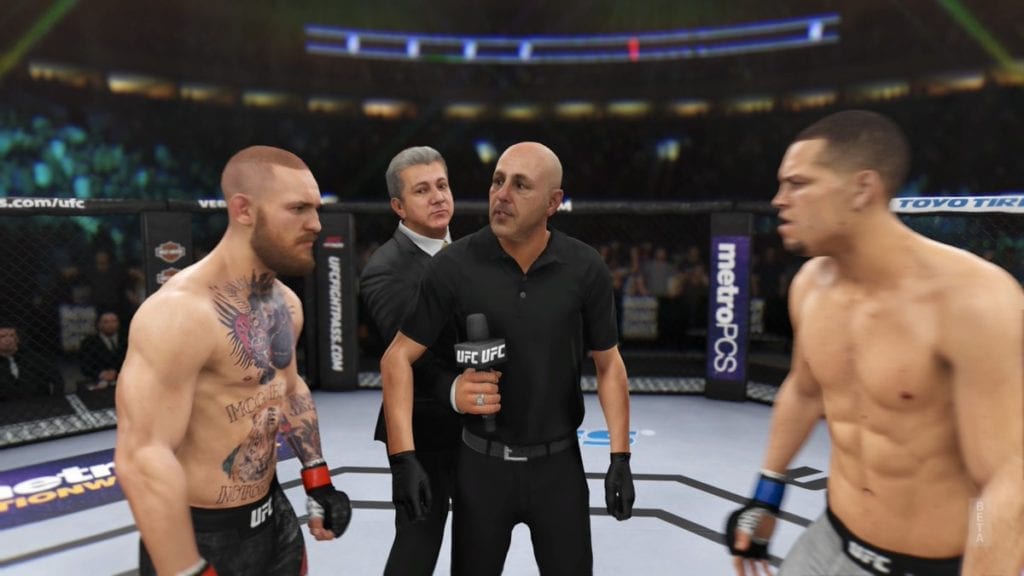 As Bruce Buffer would say…IT’S TIME!!! EA Sports has released the beta for its new entry into the UFC series with EA Sports UFC 3. With the release of the full game set for February 2, the beta will allow players to get a handle on the things that are new, and brush up on those skills that may have gotten rusty since UFC 2 released in March 2016. After several days playing the beta, here’s what I like, dislike, and things I hope get polished before release. LET’S GET IT ON! 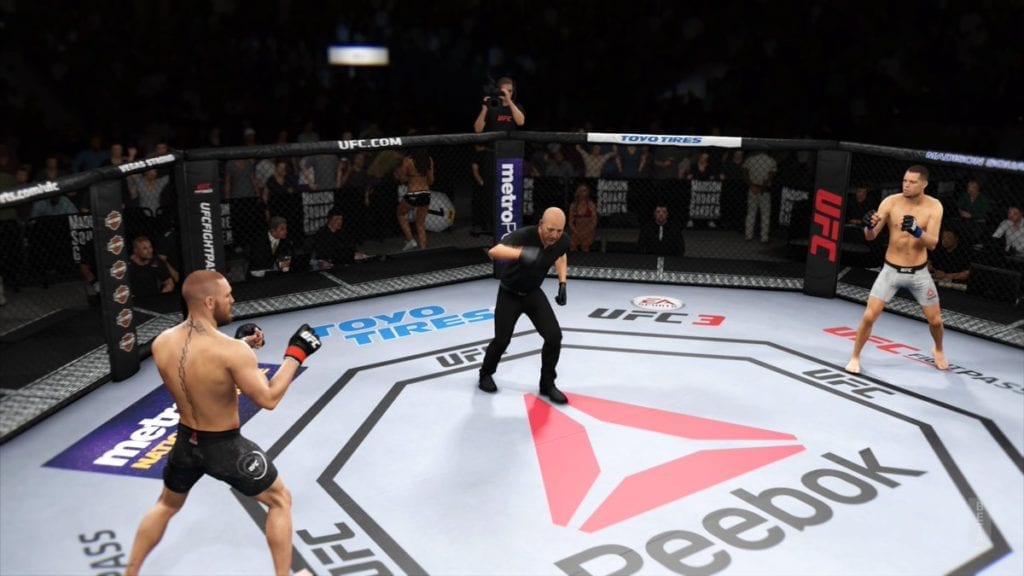 New Striking System: EA has overhauled the way striking works in UFC 3 and it’s for the better. Calling the system Real Player Motion Tech, the developers have completely redone the way strikes work. Throwing combinations are more fluid and make sense. The damage system has also been reworked and there are four different levels to the damage system. Some leave you slightly rocked and able to recover quickly, and others will end the fight instantly. Counter punching and defensive striking at range are more effective than in past titles as well. 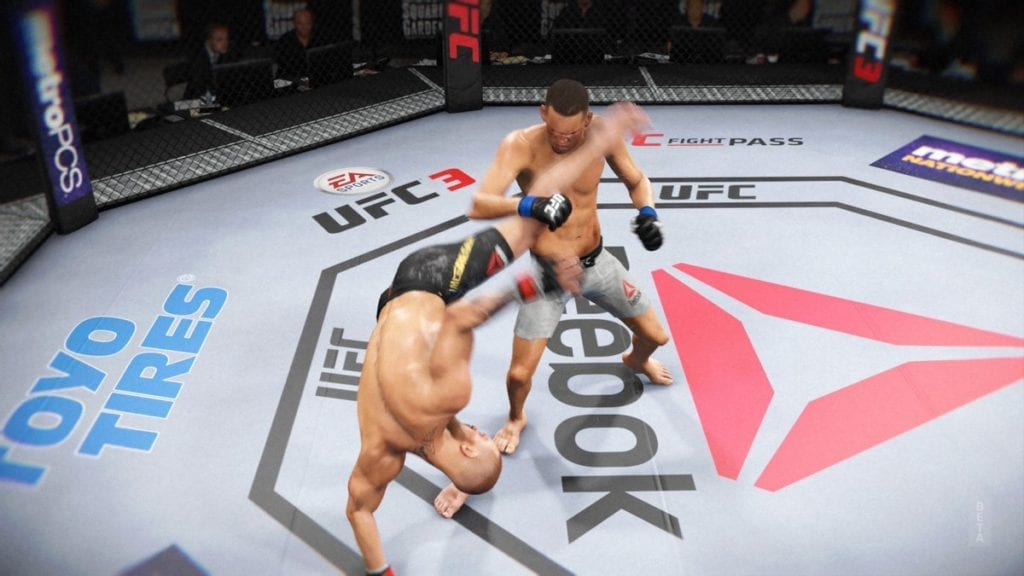 Range and Movement: More than ever, range will matter. Too far away and your strikes will whiff, leaving you open to counter attack. Too close and the effectiveness of your strikes will be diminished as punches will become stubby and less powerful. To help with movement, EA has addressed movement in the game. Now being able to dip in and out while throwing punches is possible. Some fighters even have signature lunges that take them in or out of range quickly. This adds a layer of strategy both defensively and offensively as distance can be closed quickly. 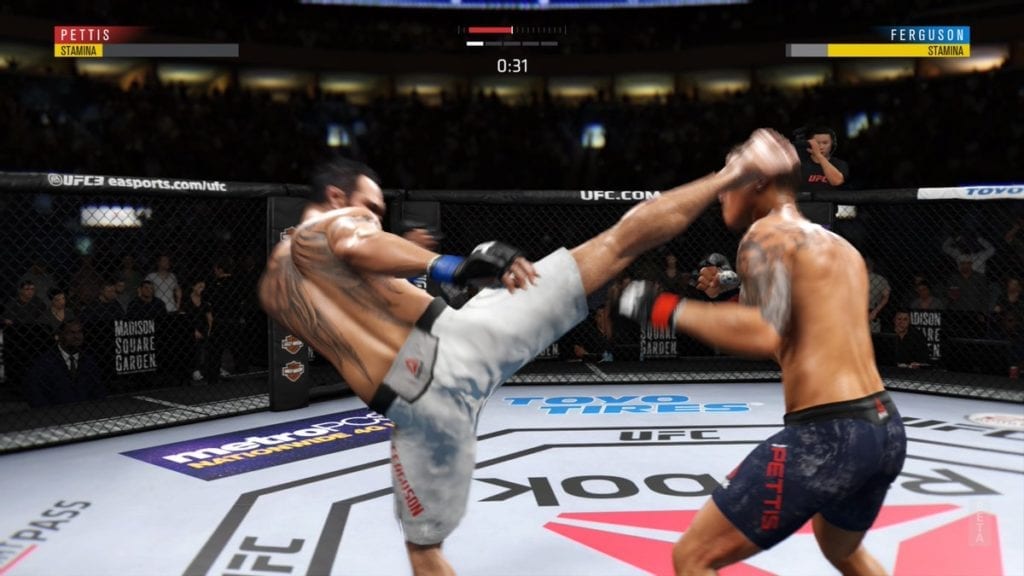 Stamina Management: Gone are the days where players can spam spinning back fists and head kicks for wins. Stamina truly matters in UFC 3. There are different stamina floors depending on which strikes are used. Straight punches take the least, while signature strikes have your fighter gasping for breath at every turn. And not only does it affect your offensive capabilities, I had to learn the hard way that even fighters with great chins fell quickly when stamina was low. I came out Stockton slapping like crazy and drained my stamina only to be dropped by the first punch my opponent threw. Definitely a cool addition and an added layer of strategy to be accounted for. 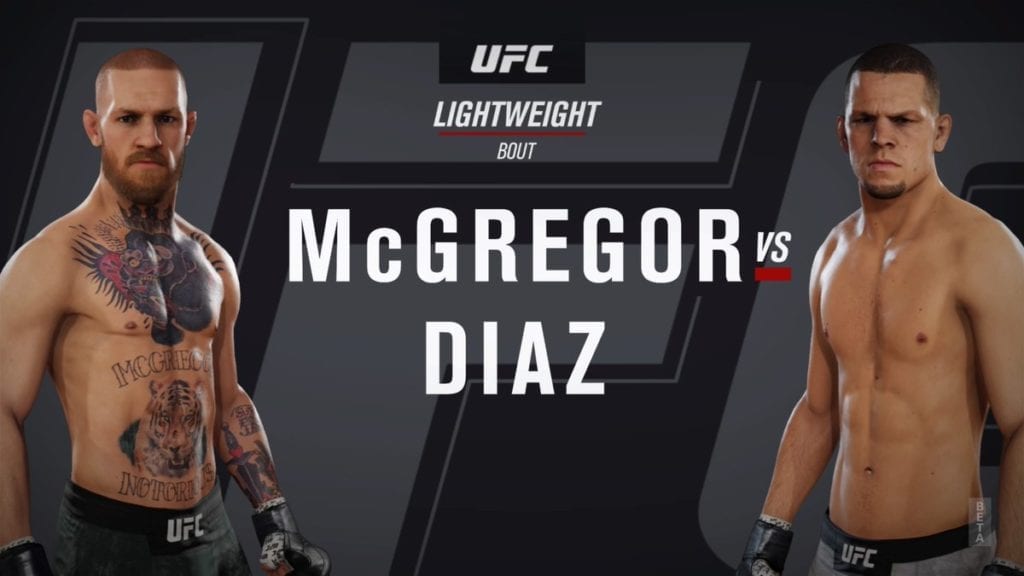 Fighter Roster: Speaking of Stockton slaps, the roster for the UFC 3 Beta is larger than I was expecting. It seems that much of the lightweight division is represented. This is good as you can try out the new striking system with different styles of fighters. From the Notorious Conor McGregor’s lethal hands to Anthony Pettis’ showtime kicks, the fighter roster (so far) feels much more unique in the way each fighter approaches combat. Combine that with the new damage system and you have a wide array of matchups to make. Each fight I had played out differently and that just made things far more fun and varied. 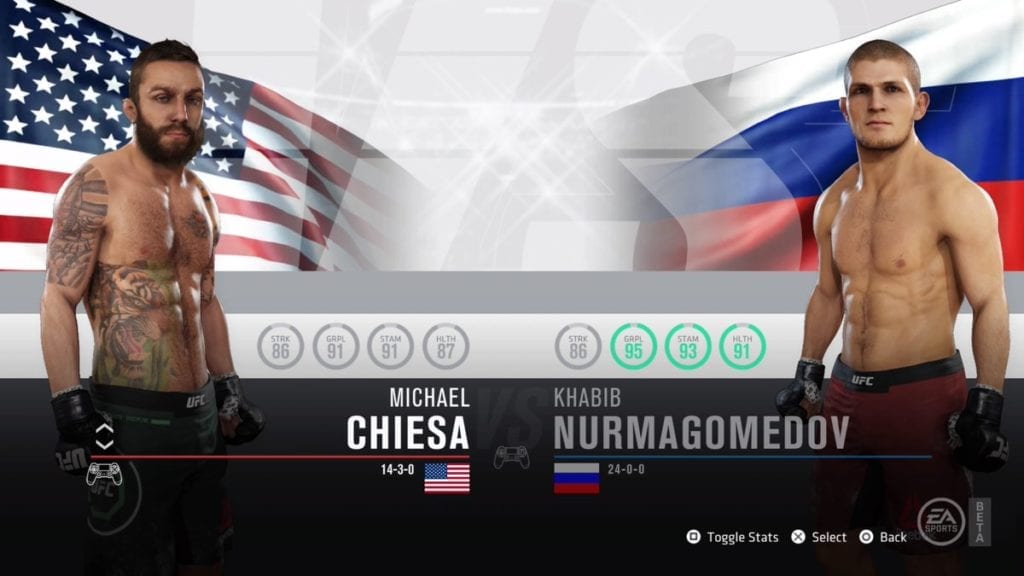 Leg Kick Damage: Not everything is coming up roses with the new striking system. Leg kick damage is obscene. I have won or lost by leg kick TKO in far too many matches. While leg kicks ARE an effective tool in real life MMA, the amount of times I can remember seeing leg kick TKOs is something I can count on one hand. Leg kicks are so good in the beta that it’s in danger of becoming the new spammable move. I found myself able to withstand more haymakers to the head than kicks to the leg. Defensively, merely checking two leg kicks by blocking low, dropped leg kick health to the kicking fighter down to a critical level. Add in that leg health doesn’t regenerate at all and we may have a balance issue.

Grappling and Submissions: If you loved the grappling system in EA’s past UFC titles, then you’ll feel right at home here. Grappling is essentially untouched from UFC 2, with the right stick controlling transitions and the multi-level submission system returning. It’s still far too long to transition into different positions and drains far too much stamina. At the same time, the defensive window for takedown defense and blocking transitions is frustratingly short. Overall the system is still slanted towards the offensive fighter, and in my time with the beta, I rediscovered my loathing of the current ground game. Whether it’s because the new striking system is so fun or people share my dislike, I didn’t have a single match dive into the ground game. If a fighter got knocked down, their opponent would let them get back up. In my opinion, this is because the ground game just isn’t fun. 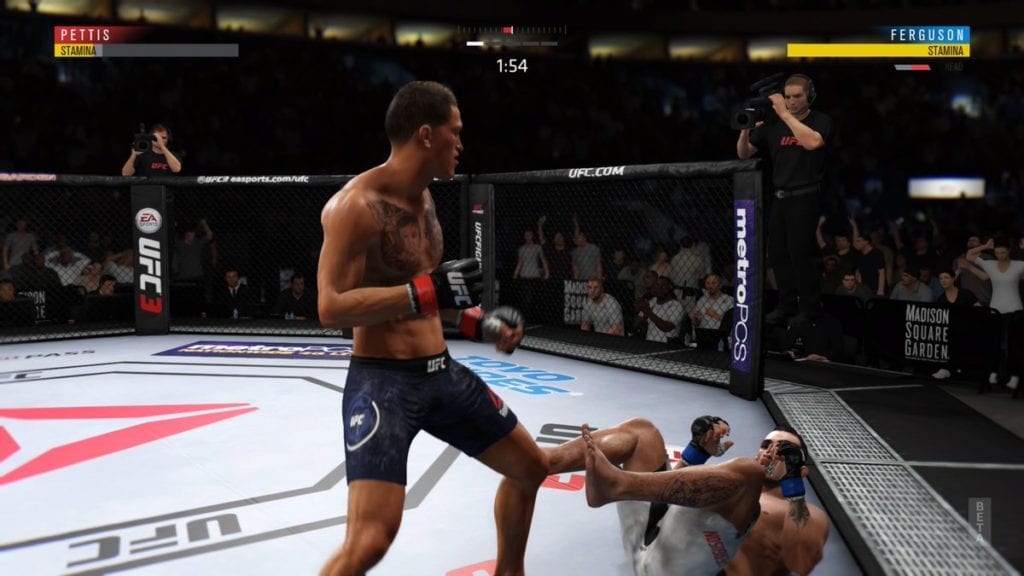 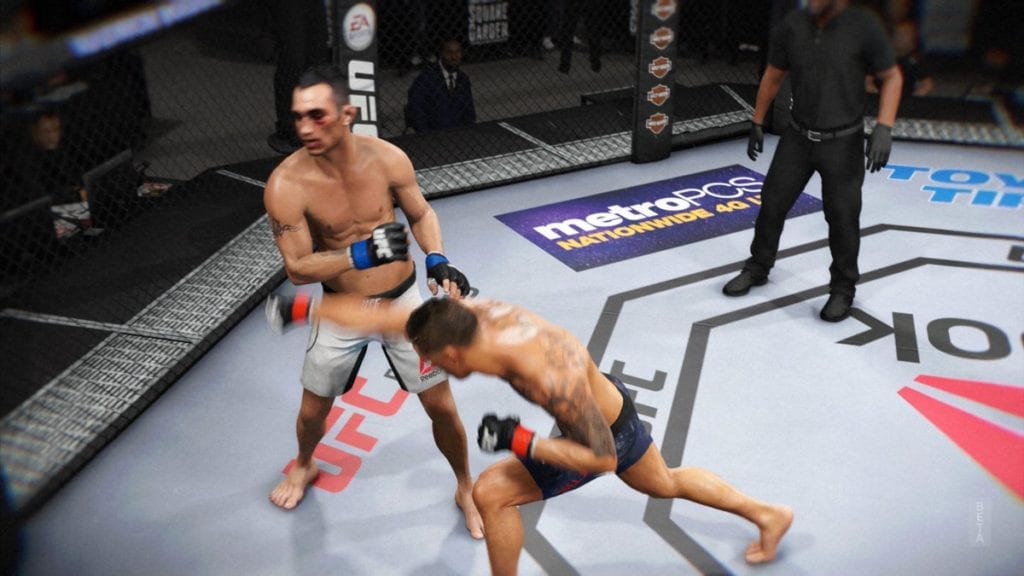 Conclusion: I have really enjoyed my time with the beta. It’s shaping up to be a really good game. The new striking system has led to the most fun I’ve had with an EA combat game since Fight Night 3. It’s competitive and chaotic to play with other players, but will take time to fully master. The roster is shaping up to be one of the best they’ve ever put together, and the fighters all have their own sense of style. UFC 3 looks pretty, moves pretty, and is easily accessible to both new players and veterans alike. Some things need polish, and the lack of changes to the grappling and submission systems are disappointing, but overall the beta has me very excited for the full release on February 2, 2018.