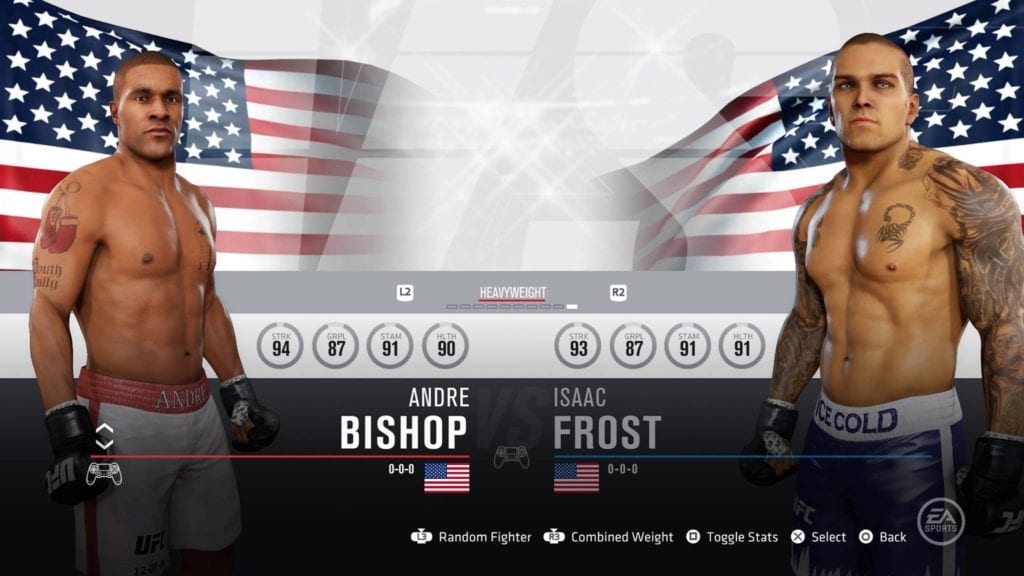 EA Sports UFC 3 game update 1.13 is available now. It includes both Andrew Bishop and Isaac Frost from Fight Night Champions. Plenty of gameplay additions and tuning details as well. Check out the patch notes below.

UPDATE: (12-7) EA has released the official blog with more details and gifs. 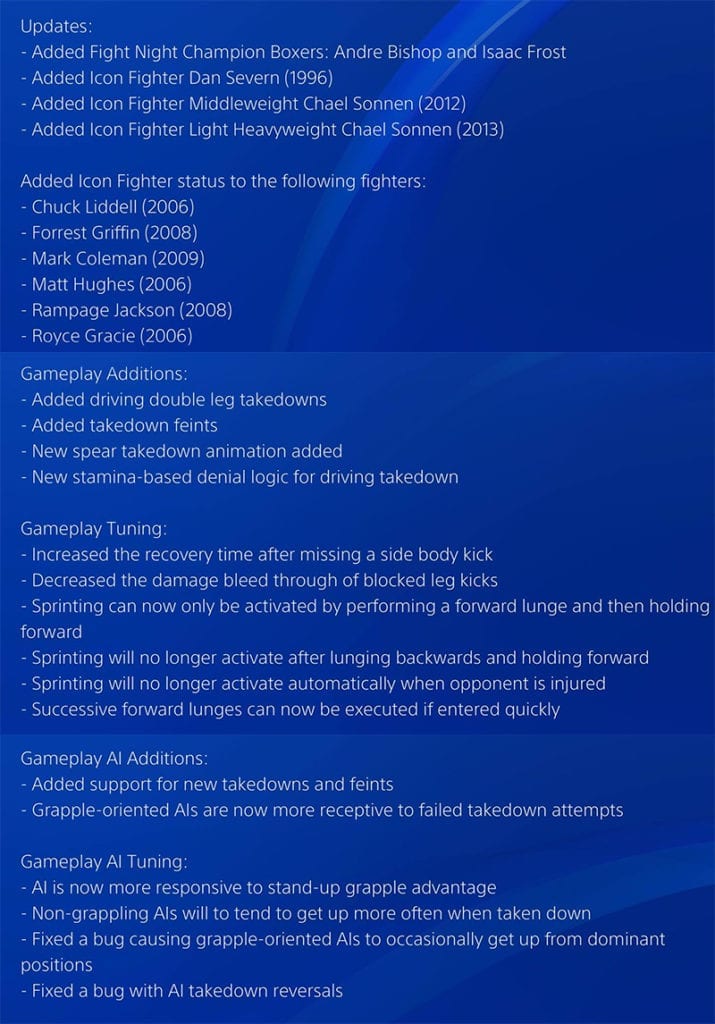