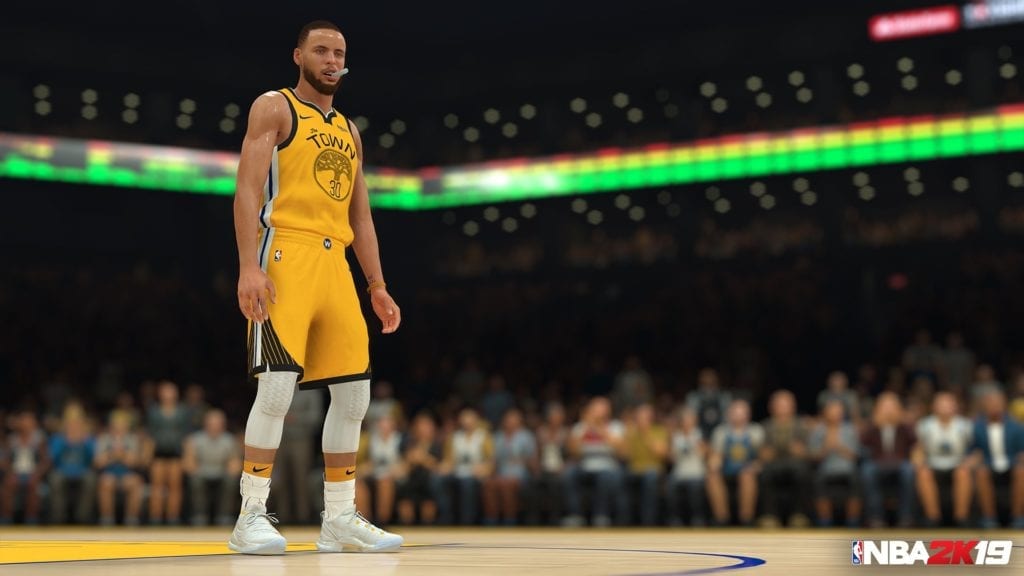 Yesterday, 2K and the NBA announced a huge $1.1 billion licensing partnership that immediately had more questions than answers to it when it comes to the future of NBA games.

After spending some time digesting the news, we’re going to share some perspectives on what it all means, specifically for the future of NBA games.

Good for 2K and the NBA. But at that cost, they have pretty much priced EA (and anyone else) out of the market for the NBA license. At this juncture it would be more fruitful for EA to jump back into baseball and boxing, instead of trying to keep up with 2K in the roundball department.

Let’s hope that if this is the case, that the quality of 2K basketball offerings won’t see a drastic decline over the course of this contract. We, as sports gamers, have been down this road before, and it can be a bumpy ride for sure.x

As an NBA fan that doesn’t play 2K I have to admit I did a double-take when I saw this news come across my Twitter feed. I knew 2K had separated itself from Live years ago but this is impressive and speaks to the global popularity of the NBA. I mostly hang around the soccer forum these days but even on there 2K is the game by which all other’s are measured. We’ll see if that prices EA out but the folks that make Live have to ask themselves is it even worth it financially.

Obviously the big question is where does this leave NBA Live? Is this license exclusive? Will EA be willing to pay for the license if not. One has to think this will drive up the licensing price immensely and should EA even bother paying for it when the sales of their NBA game are minuscule compared to 2K’s. As Bob said, this would be a great opportunity for EA to get back into baseball. Xbox fans have been longing for an MLB game for years. I feel like it would make EA more money than their NBA Live franchise. I can only imagine the excitement in the new MVP Baseball forum!

At least this means the NBA will remain part of NBA2K. With the success of the Park, pro-am, the neighbourhood etc, some commentators have speculated whether the licensed NBA teams and players are as integral to the game as they once were. I never really feared the game could become based around our created toons and move away from the NBA, but that thought has been put to bed.

2K is above and beyond NBA Live and has been for years now. Dominating gameplay, features, and overall playability for a decade. They have fully surfaced as a bond between the professional players, and the casual gamers being able to share the same experience in game, and on social media. This sum speaks volumes as to what 2K means to the NBA community, and how much they support each other.

When I saw this news pop up in my notifications bar I almost fell off my chair. As someone that complained about EA buying out licensing in the 2000s and not allowing other companies to compete I was initially upset about this deal. I then realized that the NBA doesn’t do exclusivity and that EA would have an opportunity to also continue their license, but at the dollar amount that was set here it’s just not possible for EA to stick around in the basketball market. They do have the funds but have rebranded a new NBA Live game that is now in its second year of relevance; they still have a long way to go to even compete with NBA 2K. It wouldn’t make sense for them to continue on with NBA Live at a $1.1B price tag. They should retool their resources to their NHL, FIFA and Madden games. This deal only makes sense for the NBA and for 2K as NBA 2K has far and away been a great basketball simulation game for years and has set the standard for a sports game overall for the last few years without question.

This is the ultimate power play by 2K. It’s possible the NBA asked for a higher price for the renewal, but the odds are high that 2K willingly decided to pay more for the license to potentially price out their competitors from EA as well. This is a potentially genre changing move that has ramifications beyond just basketball, but everyone here is right to wonder if this means Live has a long-term viable future.

The series has lagged behind in sales and quality, with the constant rebuilding effort never seeming to actually push the series into the realm of greatness I think you’d want to be seeing at this point. The basketball space has de-facto largely belonged to 2K for years now and this likely just cements that hold.

Ultimately, this move is as much about the future of the 2K series as it is anything else. So far, the quality of the series hasn’t really suffered over the years — so there’s no real reason to worry about the series’ quality just yet. We’ll have to wait and see what the news means for both games going forward though, but the speculation that Live is in trouble is probably not misplaced.