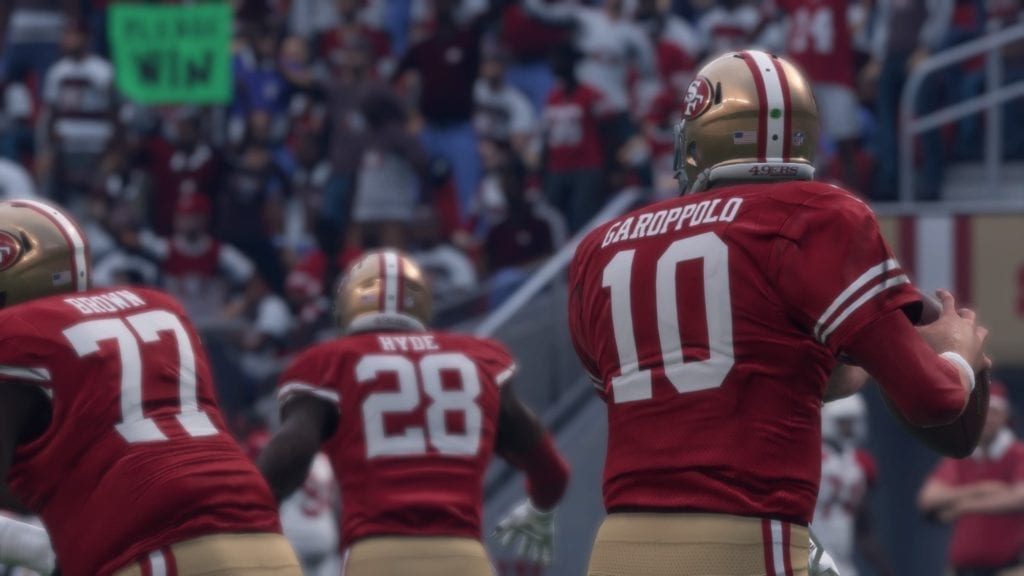 Today we’re taking a step back from that and discussing what such a model could mean for the future of sports games in a new roundtable. Let’s dive in!

I suppose my biggest concern about a subscription model is that it would remove the inherent accountability that accompanies an annual release for game companies. If they are freed from having to release a game every year, will that mean they drag their heels a bit in making improvements to the game?

The counter-argument to that thought is perhaps it actually ends up doing the opposite. Without having to rush to get a game on shelves by a certain date, companies could make more substantial changes on the fly and provide a better product without people having to wait until next year for things to get fixed.

The truth is that in the already patch-heavy landscape of sports gaming, this probably isn’t as monumental or even all that surprising an innovation as it initially might seem to be. Assuming the price of a subscription isn’t all that crazy, of course…

It would really depend on the price. If it is too high, it could be a deterrent to get casual or new players from picking up the title. As a casual/learning hockey fan, I saw a great deal on NHL 18 this year and scooped it up. I love every minute of it. but the price point was a colossal incentive to take a chance on the title. I would not have done the same thing if I had to opt into a $100 subscription model. But if the model is, say, Netflix priced between $8-$11 a month and includes a free trial? Then that’s a different story.

Outside of a lack of a rush to meet the release deadline, what exactly do even hardcore players gain from the subscription model? What could publishers offer to justify a higher price tag? MLB The Show offered considerable free in-game updates all season long and have more expansions planned for the offseason. How would DLC factor in? As a die-hard MLB fan, I cannot think of what would justify the need for a subscription from a content expansion perspective. Unless they suddenly converted free content into subscription-only content, which would not go over well with any franchise’s fan base.

I actually have the opposite concern with a subscription model. We’ve already seen examples of nickel and diming consumers in the current sports game climate, and going to a subscription-based model could actually exacerbate the microtransaction problem we currently see with games like NBA 2K.

How will the price of subscription be decided? What falls inside of that subscription and what must be paid for above and beyond that?

On top of that, having a subscription model could make it harder to take care of legacy issues within a game engine. Madden just recently switched to a new game engine and has started to iron out some of the old legacy issues that haunted the Ignite engine. If they were doing a subscription model that is theoretically concentrating on incremental updates, I don’t know if the resources to change game engines would’ve been there.

Even current subscription-model games such as World of Warcraft still release full-priced expansions that include engine and meta updates for the game on top of the monthly premium charged. I can see how going to a subscription model could be problematic for consumers’ wallets.

With my beloved NBA 2K I feel like it already is a subscription ($59.99, yearly), with a ton of patches and updates in between. So maybe they should just make it official.

Let’s say $5 a month ($60/yr, or basically the same price to us) becomes the new norm. Then they hopefully aren’t worrying about hitting that September release date, and can focus on releasing awesome features and content when they’re ready. Let’s allow the artists to create art at their own pace. Innovation might not come yearly (because each new game has to have that blockbuster feature to get us to buy the new version), but maybe they can swing for the fences on stuff like augmented reality, or in pursuit of ideas we can’t even fathom right now. That’s the idealized version of this, I suppose.

The cynical side is that we’re paying $5 a month for nothing more than roster updates because “they got us.” If subscription is the way of the future, I’m keeping my fingers crossed it’s the former, not the latter.