Nowadays, there’s plenty of healthy alternatives to the top sports games in the industry. And whether you believe in text-based simulations or want to be able to feel the immersion of your favorite sport, there’s still plenty of places to turn if you’re tired of the AAA sports titles. The perfect example of this is Madden, which despite new and innovative ways of trying to keep things fresh, continues to trip over its own two feet.

While Madden has slowly shifted most of the focus to Madden Ultimate Team and a more arcade-like feel, the smaller titles continue to stick to their roots, producing simulations that can make fans of the sport proud. Truth is, gamers are still interested in a real-life representation of the sport and like to have full control over their gaming experience. So how does this installment of Axis Football 2019 compare to its older sibling? Can it do enough good to give users a healthy alternative to EA’s juggernaut?

Let’s take a look at what I liked and disliked about Axis Football 2019 to find out.

No one expects the smaller indie developers to be capable of producing similar graphics and animations to compete with the bigger companies and their large budgets. So, I try to factor this into the grading whenever necessary. In this case, that’s Axis Football, which does not have the flashy player models and next-level animations, but it is still able to hold its own against the rest of the competition. Sure, the big-time hits and pass breakups can look a bit clunky at times, but overall the visuals are enjoyable and give the game a bit of an old-school feel. 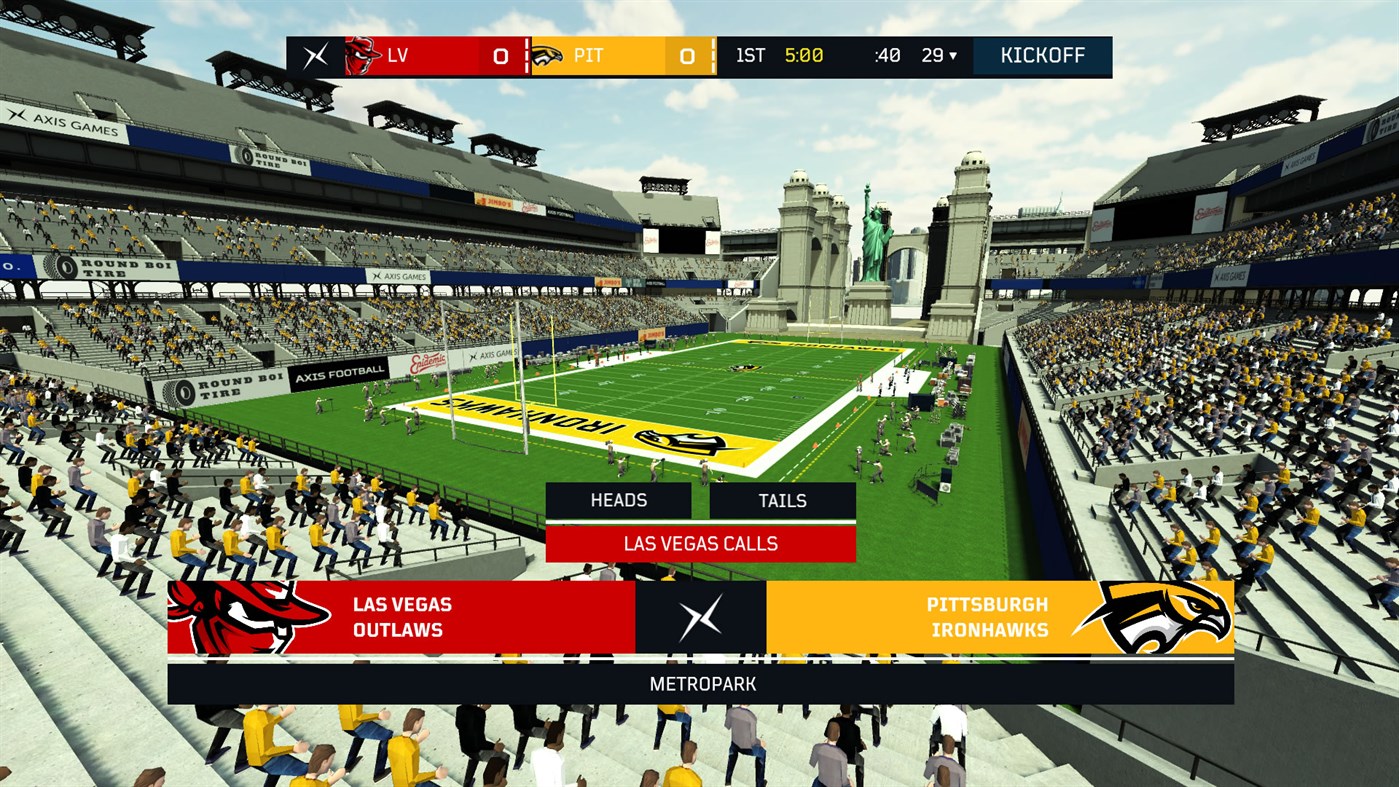 As for the sounds, bone-jarring hits and an officially licensed soundtrack will give players something worth listening to, which is much more than you can say about some of the other football alternatives on the market. Truth is, you will continue to hear the soundtrack in your head, hours after powering off your console.

Overall, Axis delivers on the audio and visuals fronts in this year’s installment.

One of the most important things when playing a football game that doesn’t include the official NFL license is having the ability to modify things accordingly. Thankfully, Axis gives you all of this and more at the touch of your fingertips. Want to customize one of the 36 original teams and make them look more realistic to their NFL counterparts? You can do that, though most teams already have a unique look and feel that may look eerily similar to your favorite NFL franchise. Want to customize each player to look like your favorite NFL team’s roster? You can do that, too. There are plenty of customization options to chose from that will keep gamers occupied for hours and hours on end.

Of course, like many video games there needs to be a game mode that has enough replay value to keep gamers coming back for more. And despite there not being a MUT mode or million different challenges to keep players entertained, the heart of Axis Football goes back to sports gaming’s roots, franchise mode.

Here, you have the opportunity to build your franchise from the ground up. That includes a 16-man coaching staff, including scouts, position coaches and coordinators — all of which is something EA has failed to implement for several years. Furthermore, with the new badge system, coaches will continue to gain experience and ratings boosts based on their overall performance. 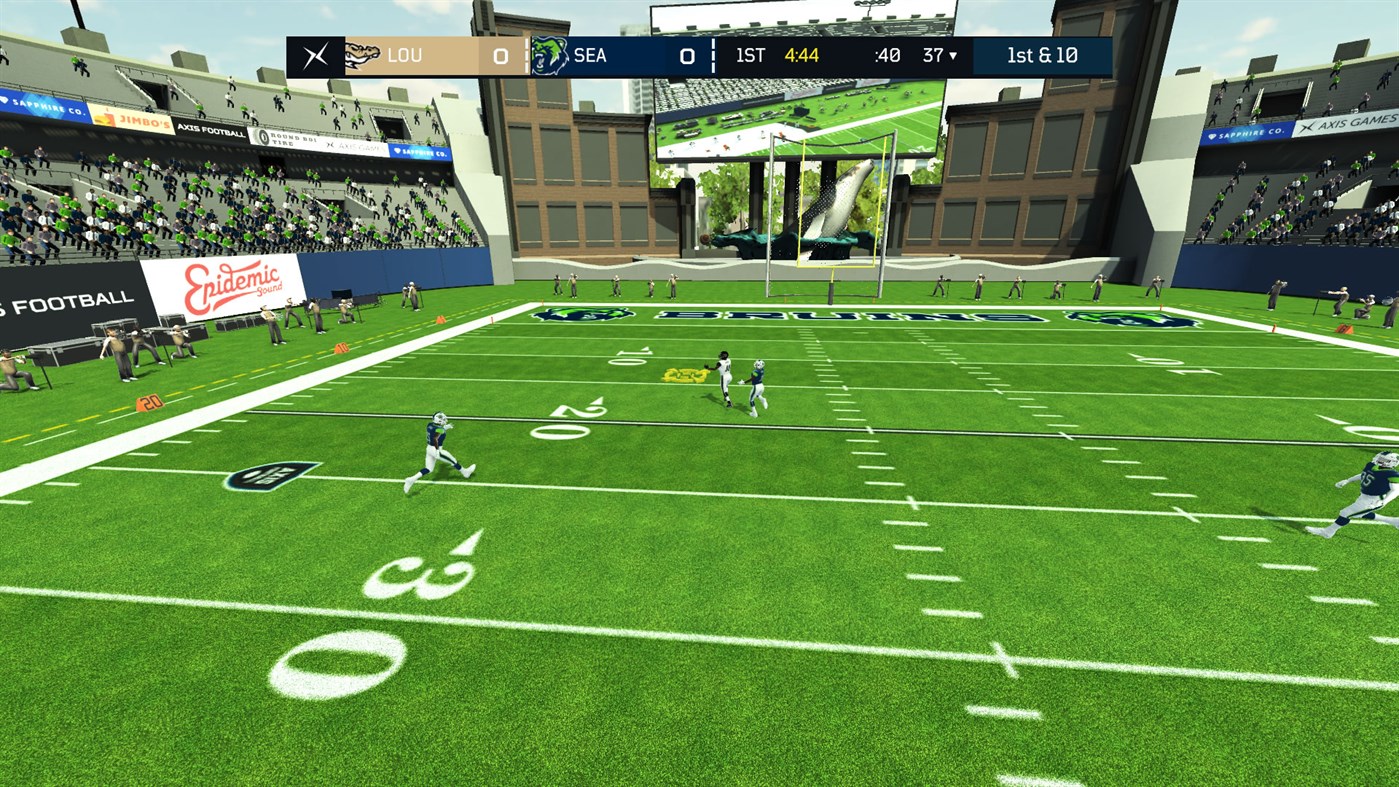 Furthermore, an improved scouting system makes evaluating talent throughout the year all the more rewarding. This isn’t exactly on the same level as Madden, but it does enough good to enhance the game mode. Additionally, coaches will be able to customize the practice strategies to get the most out of their players.

Most impressive is Axis’ ability to implement all the nuances that make a football game great. This includes player contracts, trades, injuries, practice squads, free agency, weekly and yearly awards, unlimited seasons, player progression and so much more. It might not be perfect, but there’s plenty to love about franchise mode in this year’s installment.

Obviously, what makes a video game entertaining is the gameplay. Axis allows players to enjoy a variety of different game modes, including player vs. AI, coach mode, spectator mode, local player vs. player, and franchise mode. But the root of all video games is the gameplay itself, which is where Axis Football falls short, but not for lack of trying.

New to this year’s installment includes an expanded playbook with nearly 2000+ plays and 50+ formations. This is clearly not as impressive as what Madden is doing, but for a smaller title, it’s quite impressive. Nevertheless, I find myself coming back to the same plays, and navigating through the different formations and plays can be tiresome at times.

Aside from the deep playbooks, hot routes and audibles have been added to keep things as true to real life as possible. And, of course, players have the ability to pull off a number of highlight-reel moves including jukes, spins, hurdles, motions and more. Unfortunately, there’s still a lot left to be desired and a majority of that comes down to the responsiveness of the controls. 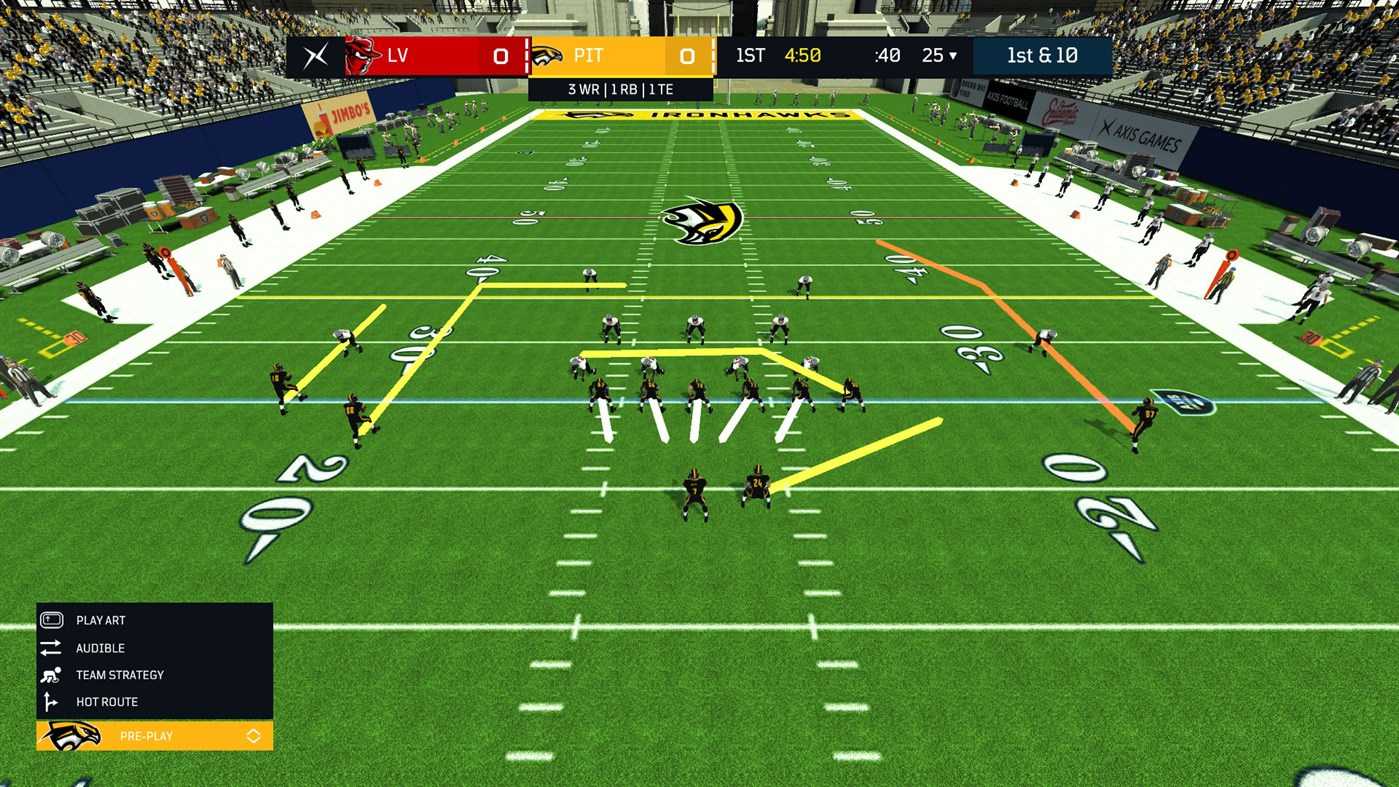 Truth is, the issue with the overall gameplay of Axis Football is that it feels unresponsive or delayed at times. And for a sport where timing is so crucial, it can be a bit frustrating to say the least. Many times, I will find myself trying to throw a pass or switch onto a player and the timing feels delayed. This results in a missed tackle that sometimes changes the outcome of a game. It’s one thing to make a mistake as the user with full control, it’s another to allow the game to dictate the outcome.

This isn’t necessarily something that is exclusive to gameplay either. In fact, navigating from menu to menu, or even trying to chose whether to kick or receive, seems delayed. This could just be a console issue and something that could be patched in the future, but for now, it remains one of the glaring weaknesses in an otherwise solid representation of America’s favorite sport.

Overall, Axis Football 2019 is a healthy alternative to EA’s latest installment of Madden. And although it doesn’t have enough glitz and glamour to compete with sports gaming’s bigger brother, it does enough good to keep players interested. And while new football games appear every year trying to compete with what Madden is doing, Axis Football remains its own unique representation of the sport. You probably won’t stop playing EA’s latest installment in favor of its younger brother, but there’s plenty to like about the expanded gameplay and updated franchise mode to keep users coming back again and again.