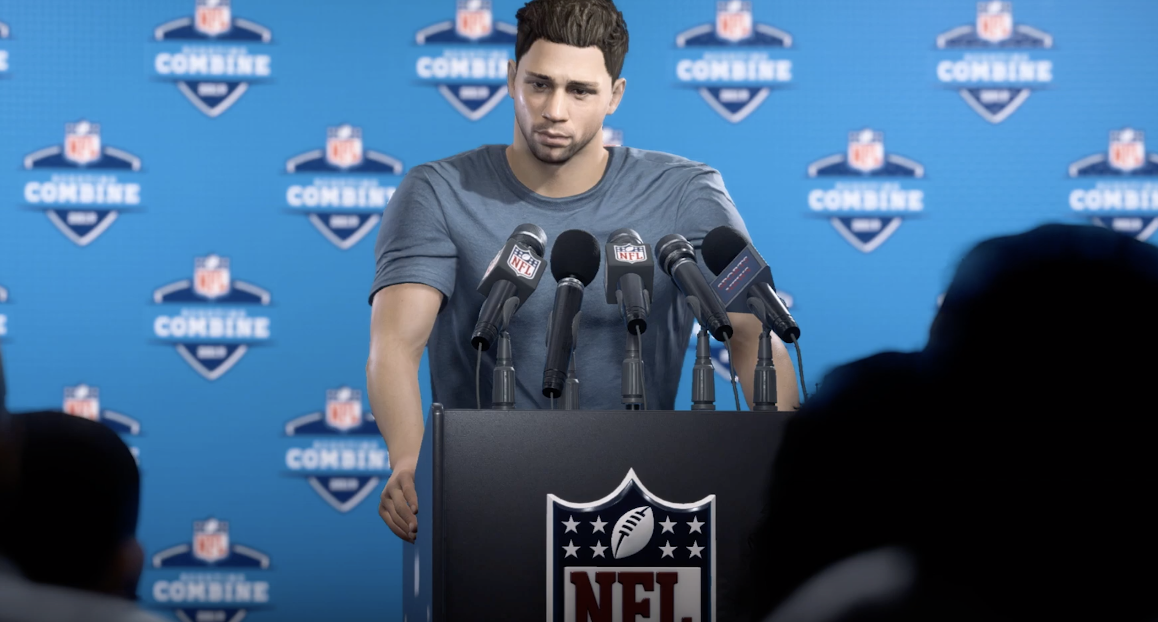 A while ago, I wrote an article on the defense of online leagues. These leagues provide an experience that is unique from regular offline modes while providing a fantastic sense of progression and accomplishment. This is achieved due to the unique experience of playing with other human beings, with their skill and decisions impacting your immersive world.

Imagining A World Of Online Leagues

Taking the next step beyond just online leagues might be something akin to a massively multiplayer online role-playing game (MMORPG) where players co-exist in a continuous world. In this case, this continuous world is the career of an athlete.

Of note, this is already possible in Madden through an online league that allows player locking, as well as in MLB The Show in its single-player RPG-like career mode, Road to the Show. It’s so immersive that my non-gaming father comes by frequently and loses sleeping hours trying to chase batting averages and home run success. Once he finishes, I find myself wanting to take a few swings myself. Then I mentally start to challenge his numbers. Then I long for a multiplayer Road to the Show, wondering why these two baseball players can’t exist in the same world.

To be sure, online franchises themselves are a challenge to run due to scheduling. However, it is possible if you find that dedicated set of players, not unlike a guild or group in an MMO.

Road To The Show As An MMO

In Road to the Show, a choice could be presented to play in its traditional form, or to join a larger community and watch as multiple stars rise or fall at once. While baseball carries a grueling schedule, this could be alleviated by breaking up “advances” by the week rather than by the game.

For example, a single player may have three days to complete a week on the schedule, finding time as necessary to hit the diamond against another user. Or, finding time to work together if two (or more) players have landed on the same club.

While this concept may seem uniquely daunting for baseball, the fact is that MLB The Show carries a few features that are custom built to help a league of this type stay on track. The first is the ability to play a series without returning to the main menu. This will help expedite a set of games, particularly when played against another user. 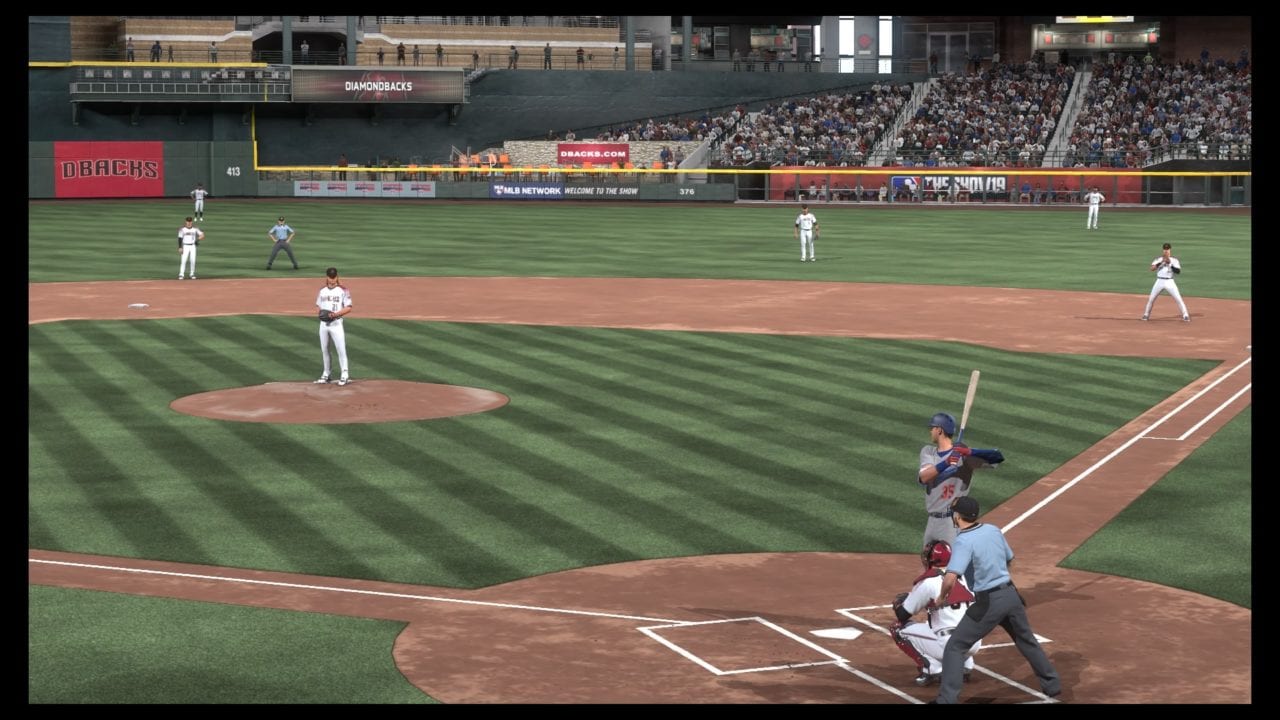 Road to the Show games are rarely as long as a full-length franchise game due to only seeing gameplay when you are specifically involved in a play. This same streamlined gameplay that benefits offline play would be a boon to online play.

The final great advantage is one that perpetually sets MLB The Show apart from its competitors: year-to-year saves.  As I noted before, that feeling of progression is the magnet that pulls online leagues together, and this version will be no different. Rather than needing to repeatedly draft and begin anew at Double A every year, a group of players can choose to pick up right where they left off.

But An MMO In A Wrestling Game? Even Better

While I believe this formula is possible in a team setting such as MLB, the place where an individual-focused online league could truly shine is in the realm of combat sports.

Two decades ago, my friends and I waited intently for the next WCW or WWE(F) video game to hit the market. There were amazing experiences to be had in games like WCW Vs. nWo World Tour, WCW nWo Revenge and WWF No Mercy. But even though those games carried better gameplay, we still gravitated to titles such as WWF Attitude and WWE Raw 2.

The reason was simple, those games featured a multiplayer career mode. 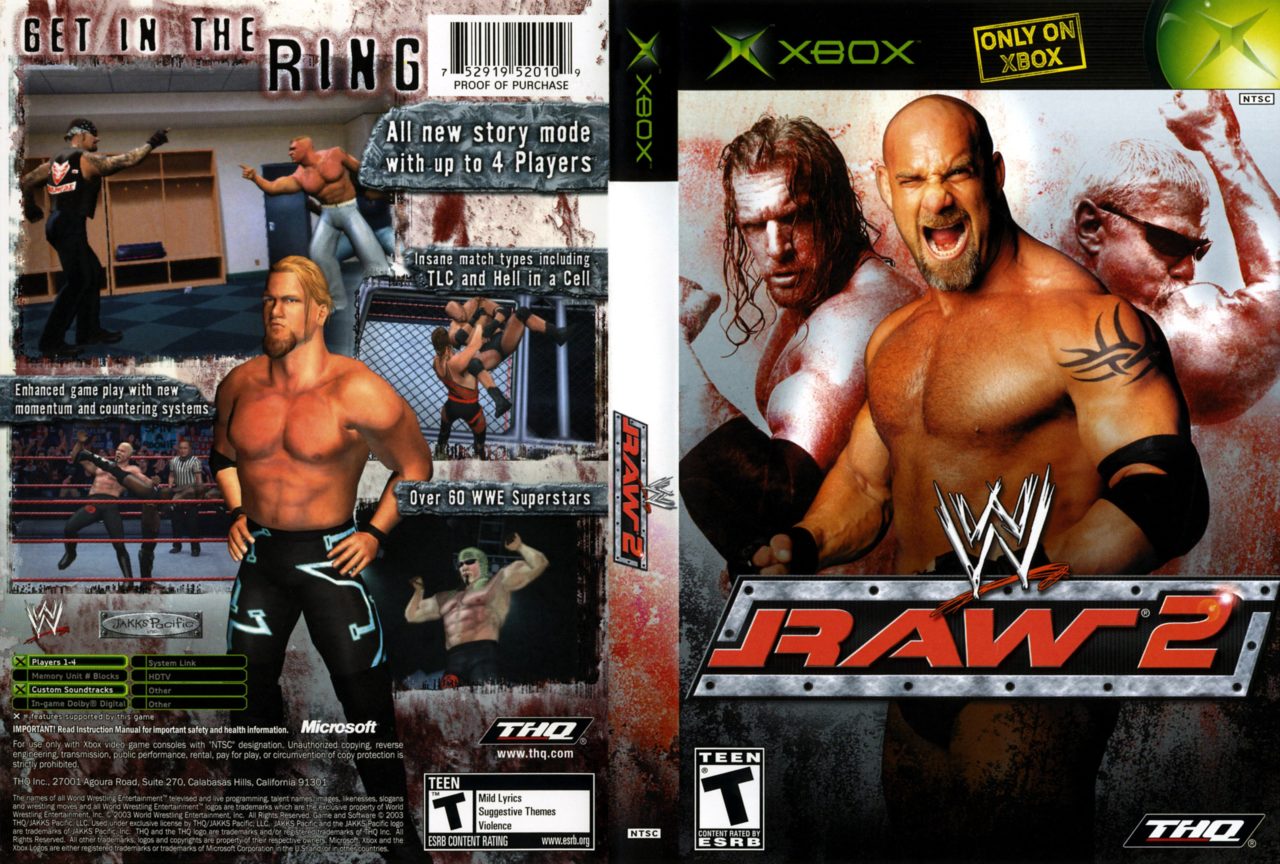 While playing a never-ending string of exhibition matches in WWE Smackdown Here Comes the Pain was fantastic, we longed for a sense of progression, even if we didn’t know what that meant at the time. What happens after the bell rings?

In some cases, you could have an exhibition match for a title to raise the stakes, but the win was ultimately toothless, and the random nature of exhibition did not lend itself to the true feeling of defending a title. Where is the rivalry? Where is the build? Most importantly, where is the payoff?

Now to be clear, the progression in WWE Raw 2 was atrocious. At one point, Lita became the World Heavyweight Champion in a ladder match that she was randomly inserted into. WWF Attitude was very rudimentary, with little meaning or purpose for matches. But it was still fun to work with friends through a calendar, and exciting to see where your character was booked from night to night.

WWE 2K’s Universe mode is largely already suited for this type of experience. With players joining online groups, selections are made for which wrestler they will represent. Advancement of the schedule could include two or three matches a week, comprising of two weeks of Raw or Smackdown, with every other week including a pay-per-view event.

As players work their way through the schedule, they are notified if Universe mode has “booked” them for the event. They either play their match against a CPU opponent, or human opponents, hammering out a time in the same manner as online leagues operate today. Feeling underutilized? Take the mic and confront your possibly human-controlled GM/commissioner to make your talents heard.

Perhaps you win the Royal Rumble and you know that you will face the champion at WrestleMania. That match is a week from Sunday, and from now to then you have a reputation to live up to as you battle it out on the weekly shows. Anticipation grows for you and the other members of the group heading into their own encounters. You create an environment where people get excited to watch other title matches on the card between players they have a personal history with as well.

This sense of progression would be something for the ages. Online leagues offer the chance to be a GM or coach, but at the heart of why we love sports are the athletes themselves. Zooming in to that more personal level could generate an experience that satisfies competition and a sense of accomplishment like little else in gaming.

With Madden’s Superstar mode returning in a new form this year, we are reminded what it means to be the player. And while this will be a single-player experience, it connects to something deeper and more exciting in the online realm.

Imagine the possibilities across sports gaming:

At the next pay-per-view, you and a close friend who have dominated the tag-team ranks have your first chance to take tag-team gold.

A call out comes from an up-and-comer to challenge for your title at the next event in UFC, or the revitalized Fight Night.

You compare your batting average with your friends in your shared online Road to the Show and then compare how you rank with the rest of the world.

From the PGA Tour to the tracks of NASCAR and Formula One, these MMO hybrids are not only possible, they represent what athletes yearn for: competing and having it mean something.

What sports do you think would be the most likely to see success with an MMO approach to sports gaming? What potential issue do you see? Let me know in the comments!

Where Can Sports Games Still Go This Generation?
Obscure Sports That Would Make for Entertaining Video Games