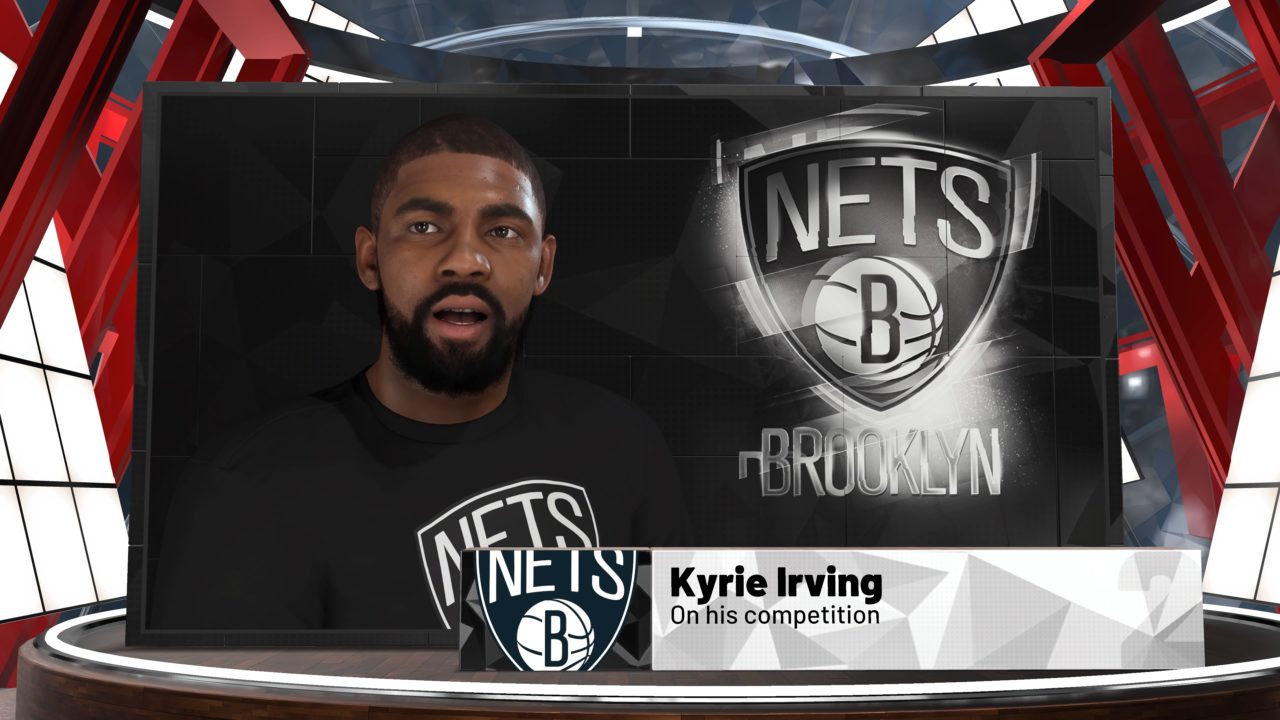 As we ramp up towards an earlier release of NBA 2K this year, information is starting to flood out daily. Thanks to the dedicated community that 2K has, I took the liberty of trying to assess what team ratings would look like in NBA 2K20, using NBA 2K19 and Professor 2K‘s updated roster. The NBA offseason so far has been nothing short of crazy, with big names heading to new teams and shaking up the league once again. Some people feel the league now balances out in a way that hasn’t been seen in years, while some fans feel that the balance has once again tipped heavily over to the Western Conference. With my predictions we can hopefully get an idea of how teams will look in NBA 2K20. Before we begin, I’ll list a few caveats to my predictions:

With that all cleared up, let’s get to it!

If what Atlanta did after the All-Star break is a true indication of what this young squad is capable of, the NBA better stay on watch or teams will be getting throttled. Trae Young and John Collins have given the Hawks back-to-back successful drafts, and this year they chose potential breakouts De’Andre Hunter and Cam Reddish while also addressing an immediate need by taking big Bruno Fernando. Acquiring Evan Turner in a trade that sent Kent Bazemore to Portland most likely means they’re looking to have Turner play backup point guard. This offseason has seen risks but the Hawks have the talent and potential to surprise the NBA.

The biggest question mark the Celtics will have this year will be their defense. The loss of Al Horford is a big part of why that question exists. Enes Kanter was picked up to fill the void, but he’s more of a liability on defense than he is a helper. Boston also went out and got Kemba Walker to replace Kyrie Irving. It’s no secret that the chemistry and morale with Irving around declined. Boston still has the talent on offense to run up the score, but they might have to rely heavily on the offense to make up for their defensive shortcomings. 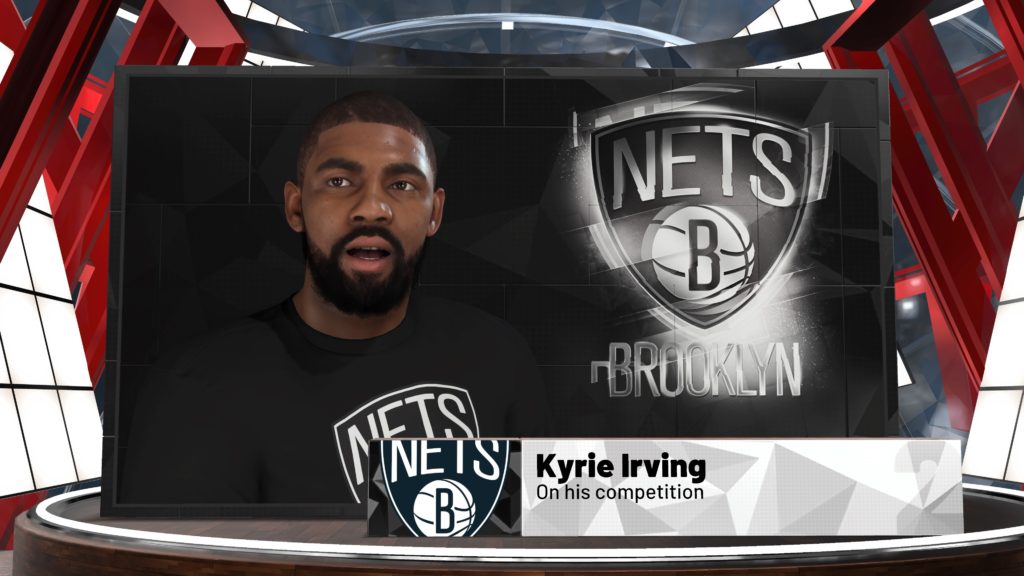 “Hello Brooklyn, how you doin’?” As heard in Jay-Z’s track bearing the same name as the verse (Hello Brooklyn 2.0), the excitement that the Nets brought to the NBA last year can only be that much higher with the team bringing in both Kyrie Irving and Kevin Durant. While the latter will be out for the year after rupturing his Achilles in a riveting yet short (forced) appearance in the NBA Finals against the Raptors, Kyrie will be bringing back the swagger that is New York basketball. The Nets did things the right way over the last few seasons in terms of team management and front office moves, and this will translate to more wins on the court and a chance to shake up the East once Durant returns from injury.

After essentially not wanting to pay Kemba Walker and spending no money in the offseason beyond overpaying Scary Terry, the Hornets are now a mess. They let Jeremy Lamb leave while getting nothing in return. There are other teams that are worse off in comparison, but the Hornets aren’t doing themselves any favors.

The Chicago Bulls will continue to get better, and have a fantastic young duo in Lauri Markkanen and Wendell Carter Jr. They got the point guard they needed in this year’s draft in Coby White. Signing Tomas Satoransky will also prove to have been a smart move as well (he may start over White). Possibly overpaying for Thaddeus Young will have had some people raising their eyebrows, but his leadership skills, as well as defensive prowess and ability to be an anchor on that side of the ball, will make the three-year deal worth up to $43.6M worth every penny.

The Cavs are in full-blown rebuild mode. They drafted Darius Garland and Kevin Porter Jr. who are two guards that slide in now with Collin Sexton. That’s three young guys who can all play the same position. Maybe Cleveland feels this could work in their favor, and that is yet to be seen. Ridding themselves of J.R. Smith’s contract and possibly moving Kevin Love to a contender should be their go-to front office move this year.

This rebuild project will be 29th in team rating for NBA 2K20.

The Pistons lacked both backcourt scoring and depth last season. Despite making the playoffs, they were booted in the first round by the Greek Freak and his strong Bucks squad. The Pistons have looked to solve a bit of their backcourt woes by signing veteran guard Derrick Rose. While the move could prove fruitful if Rose can manage to stay healthy, will it solve the problems they have scoring points? We all know Rose’s injury history, and at age 31 while he now understands how to better control his play to avoid getting hurt, he’s susceptible to injury at any time. Detroit also may have gotten a steal in the draft in rookie Sekou Doumbouya, but he he’s not NBA-ready just yet so his contributions will be quite small in the short term.

The Pistons will slide in as the 22nd-best team in NBA 2K20. 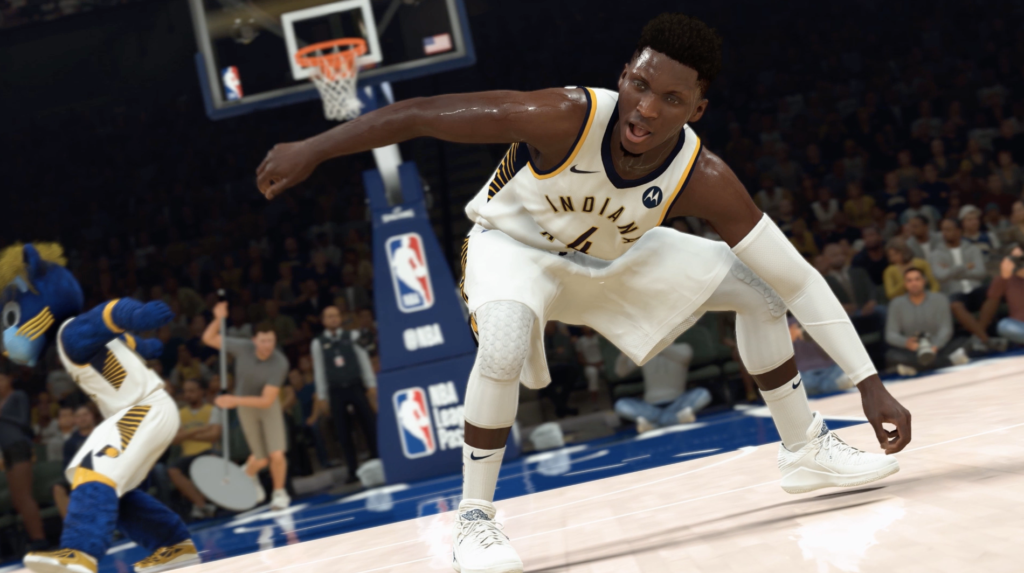 The Indiana Pacers lost sharpshooter Bojan Bogdanovic but filled that void by acquiring T.J. Warren and Jeremy Lamb, two players who have shown they can score the basketball. Malcolm Brogdon was also snatched away from the Milwaukee Bucks. This Pacers squad is lacking a clear leader while Oladipo is out but is teeming with several secondary options. With most of the same cast returning this year, the Pacers hope that Dipo’s return from injury later in the year will raise their chances to make a deep playoff run.

Miami still has work to do, period. They got rid of Hassan Whiteside’s awful contract and in doing so also got rid of a player that looked to be unmotivated to play for the team. In return, they managed to acquire Jimmy Butler, who can now be the true top dog they have been lacking for a few years. Jimmy Buckets has shown that he can carry the weight of a team on his back but he’ll need some help. Maybe a move for Chris Paul out in OKC could be the play. Paul is older and his skills are starting to decline, but he’s still a more than capable point guard who could bring in veteran experience for a decent Miami squad. If not viable, a resurgence from Goran Dragic would do wonders for the team. They appear to have gotten a possible gem of a draft pick in Tyler Herro from this year’s NBA Draft; Herro balled out in the NBA Summer League and showed that he could get buckets. The Heat will be in the mix in the Eastern Conference, in large part due to Jimmy Butler, but their roster still needs a few pieces to truly be a threat.

Losing Malcolm Brogdon is going to hurt the Bucks more than some may realize. They still have the Greek Freak, who is only 24 and is still improving daily. He already dominates the league with his athleticism. If he’s able to improve his mid-range shooting and develop a 3-point shot, he’ll be even better moving forward. The question marks surrounding their team are their lack of depth and which Bledsoe will show up during the playoffs.

I think that the Bucks will be the 2nd-best team in NBA 2K20.

New York, New York, big city of nightmares. That’s essentially what this team has been for far too long now. The only positive things as of right now for this team are that they drafted a potential franchise player in RJ Barrett and signed Julius Randle, which wasn’t a bad move in reality. They traded Kristaps Porzingis in order to open up two max slots then failed to acquire two max players this offseason. They’ll hope to have better luck doing so in the 2021 free-agency period.

The Magic have done a whole lot of nothing so far this offseason. They added a few more wing players who are questionable shooters, which seems to be their thing now. The biggest need they’ve had has been at the point guard position and they did nothing to help their cause. Nobody knows what’s going on with Markelle Fultz anymore or when he’ll be back on the court. Even when and if he comes back, what’s he going to look like? The Magic are going to need to get a point guard if they want to make the playoffs, let alone make a run past the first round. 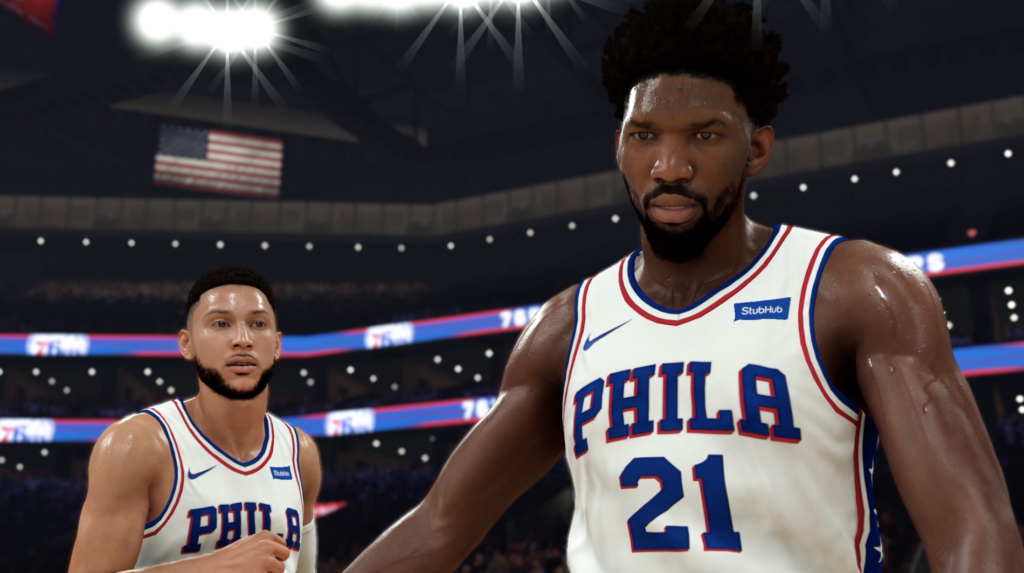 The Sixers sent Jimmy Butler to the Miami Heat in a sign-and-trade deal, getting a capable Josh Richardson in return. The team lost a 3-point assassin in J.J. Redick but supplanted that loss by signing Al Horford. Tobias Harris got a max deal, keeping his scoring in town. By picking up Horford to play alongside Joel Embiid, the 76ers bolstered their defense and added another offensive threat on the floor.

The Toronto Raptors did what some expected to do and some felt they couldn’t do by becoming the 2018-19 NBA Champions. They won their first championship in franchise history due to Kawhi Leonard and their exemplary load management of the superstar’s minutes. Unfortunately, Leonard was the one-year rental many dubbed him as, and he decided to go back home to California. What’s left in Toronto is a team that has almost entirely the same core as last season. The Raptors still have a strong team but do have a few questions to ask themselves moving forward. Without a true superstar now but a rising star in Pascal Siakam, the Raps fall to the middle of the pack in the NBA, albeit on paper. It’s entirely possible that they surprise us all and come out strong to look like a true defending champion.

Yuck. Washington just can’t catch a break. After losing John Wall to injury, it’s assumed that he’s going to miss this whole season. That, in turn, leaves everything on Bradley Beal’s shoulders. Unfortunately, no matter how broad they might be, the load will be too heavy to carry. The Wizards are going to be floundering at the bottom of the league.

After spending substantial time going through all the rosters, I think that I might hit on more team-rating predictions than I’ll miss. NBA 2K20 is still about a month away, but with updated rosters — again thanks to Professor 2K — we can enjoy and see what 2K20 might look like.

How do you think teams will rank out in NBA 2K20? Were some of the team ratings too harsh or too generous? Give us your thoughts in the comments section.