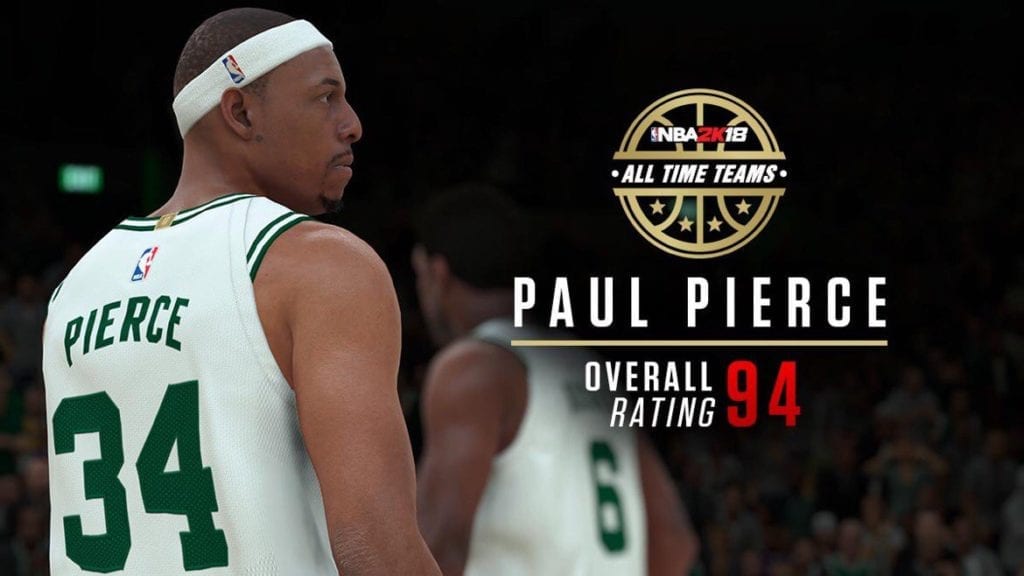 NBA 2K18 will feature All-Time teams for all 30 NBA franchises, to include the best players in history, for each individual team.

Today, 2K has revealed Paul Pierce on the NBA 2K18 All-Time Boston Celtics team. The Celtics will retire Paul Pierce’s No. 34 after a mid-season game against the Cleveland Cavaliers on Sunday, Feb. 11, 2018.

Who do you think deserves to join him on the roster?