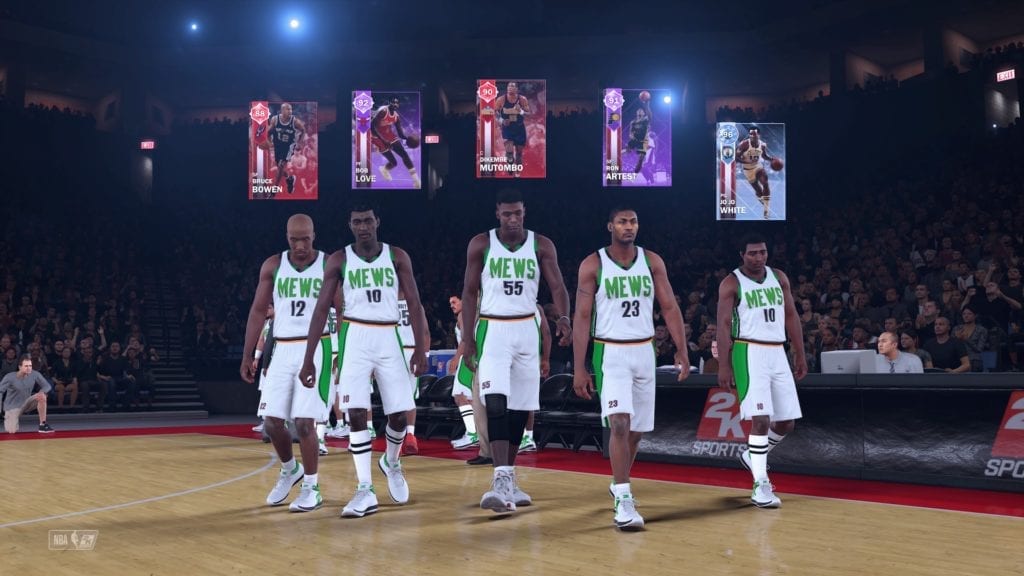 May I present the first annual NBA 2K MyTeam awards. This is where an illustrious panel (of one…me) determines the winners from a broad spectrum of (card-centric) categories.

**Disclaimer: Below is my final starting lineup of the year, which I’m only posting to illustrate a (hardwired into my DNA) lack of objectivity. Please, forgive me in advance** 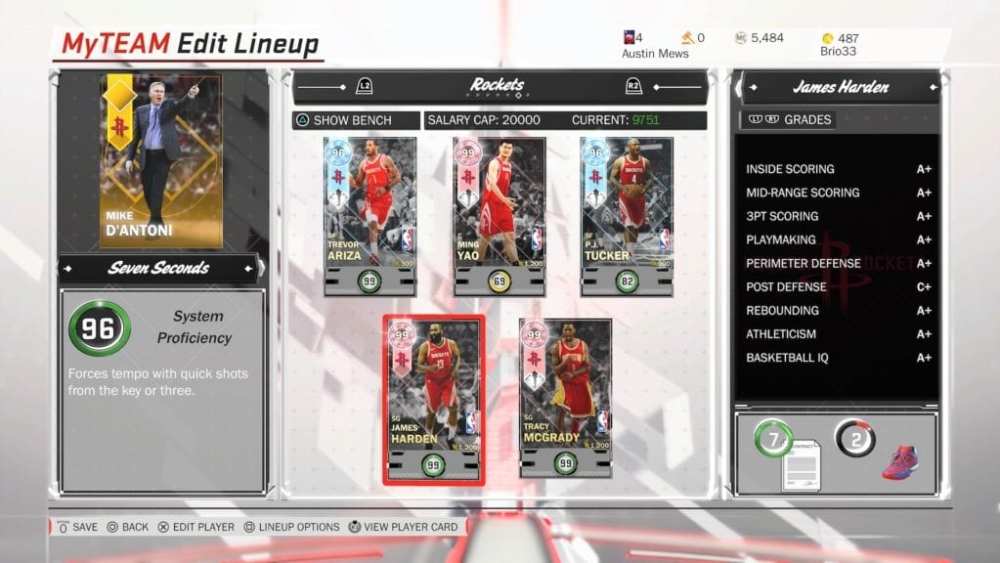 And our first winner of night is: Zhou Qi of the Houston Rockets!

For a 66-rated player that barely got any playing time in real life, he was my first go-to-guy on the virtual hardwood with timely blocked shots and consistent rebounding. Plus, surprisingly, he could actually make shots around the rim. I look forward to utilizing his bronze, or maybe (fingers crossed) silver card, in 2K19.

Congratulations silver Ben Simmons (okay so they’re not ALL Rockets cards). Your ability to play the point and post-up on smaller opponents got me through many schedule challenges. Yes it’s probably a cheap, cheesy move, but once I figured it out, I stopped losing my sh*t over that “maximum of three Gold players” requirement.

We have a tie!

Raef LaFrentz was a 3-point beast for me at the center position for months, and I often relied on a pick-and-pop attack with him to win games down the stretch. But, I also had to include Ben Simmons’ gold Moments card for all the same reasons I listed above. Even without a jump shot, Ben is a player tailor made for a video game.

Speaking of players suited for video games, this award has to go to 2K19 cover athlete Giannis Antetokounmpo. The Greek Freak took anyone to the basket whenever he wanted, plus once paired with his dynamic duo partner Kris Middleton, Giannis could hit the occasional 3-pointer. 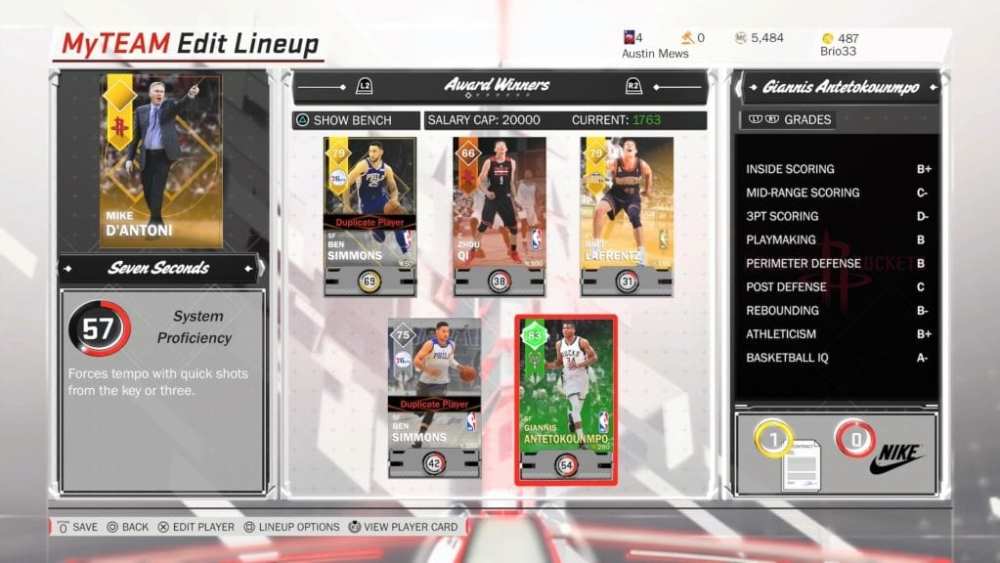 Part of me wishes I had pre-ordered the standard version of 2K19 instead of the 20th Anniversary Edition, because I think I’d prefer a free Giannis card instead of LeBron. Blasphemy, I know, but don’t worry, LeBron will get some love in a bit.

Dear Historic Lakers card Robert Horry, I hardly utilized you in a game because you were SOOOOO incredibly expensive that by the time I saved up enough MT to purchase you, sapphires were obsolete. But I have to include your card here because you were the very last part of my Western Conference historic collection marathon.

Cuttino Mobley was easily my gunner of choice. I had his shot release down cold, and basically just ran 3-point plays for him on and off throughout a game to keep the other team honest. After playing a zillion games, he also managed to maintain a 60 percent success rate from beyond the arc.

I am absolutely 100 percent crossing my fingers that he gets a better card at some point in 2K19.

This has to be Cuttino’s real-life best bud, backcourt partner and should-have-been 2K18 dynamic duo, Steve Francis. I have always loved Steve’s MyTeam cards, and this year was no exception. He dunked on EVERYONE!

C’mon 2K, let’s get this man a pink diamond next year.

After the trouble I went through to earn this card, I felt like I had to play him in every lineup, no matter what. And he was really great for me, despite his lack of speed and defensive prowess.

I have to admit though, when pink diamond Dirk came out, part of me died. But I stuck with my diamond Dirk straight through to the end of the year. He transitioned to a bench role, but when he played, Dirk was a German flamethrower.

I think I’m going to have to agree with Daryl Morey, LeBron is the GOAT (at least when it comes to 2K). He and Michael Jordan both had cards with 99s across the board, but I found the LeBron to be the most dominant card I played with all year. 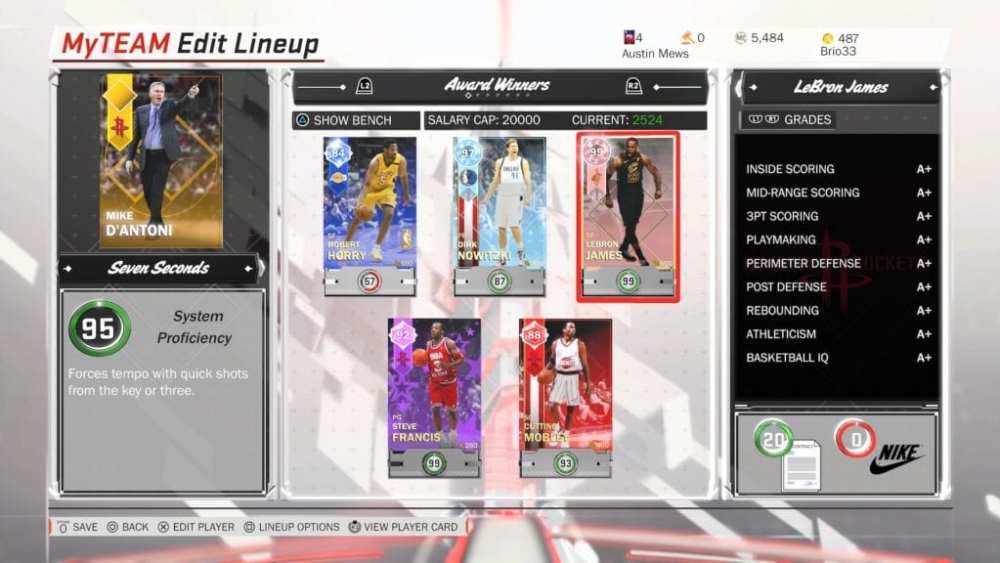 The duo that made the most difference for me this year was P.J. Tucker and Trevor Ariza. This was even more true when I utilized a lineup similar to what the Rockets did in the conference finals, slotting P.J. at center and Trevor at power forward.

They only upgraded from a 95 to 96 with the duo, but defensively they were amazing. I scored a ton of transition points with them on the court, and P.J. especially was a force to be reckoned with.

The winner is…nobody. Because after the first week, I didn’t come across another free agent card all year.

First, an honorable mention has to go to the Throwback Playoff Moments collection. This was the catch-all collection where 2K could release basically any card they felt like. A bit lazy, sure, but there were some great cards to be had.

The winner, however, is the Ice Cold collection. 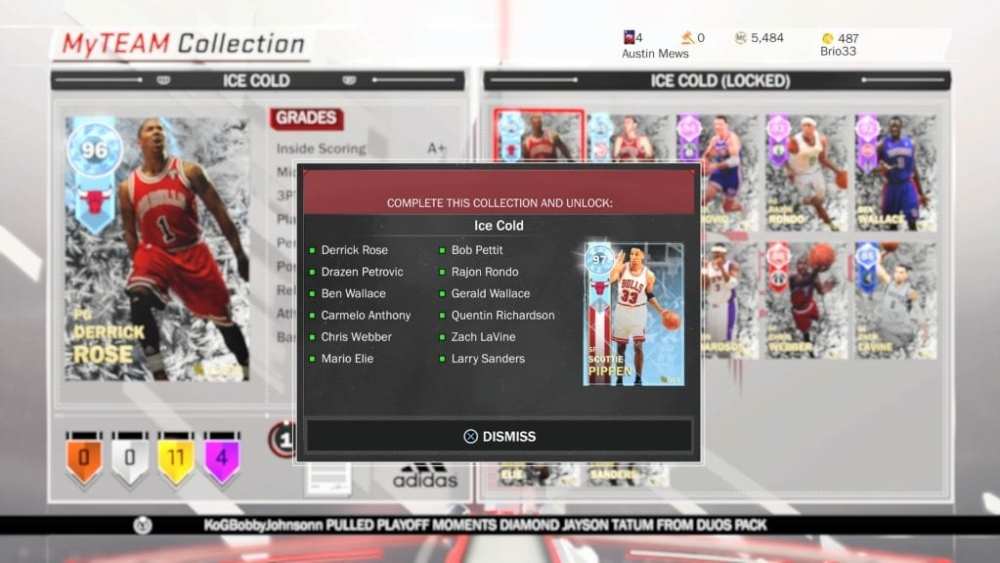 And our final award of the evening honors two things:

I wrote an entire article about this back in December — 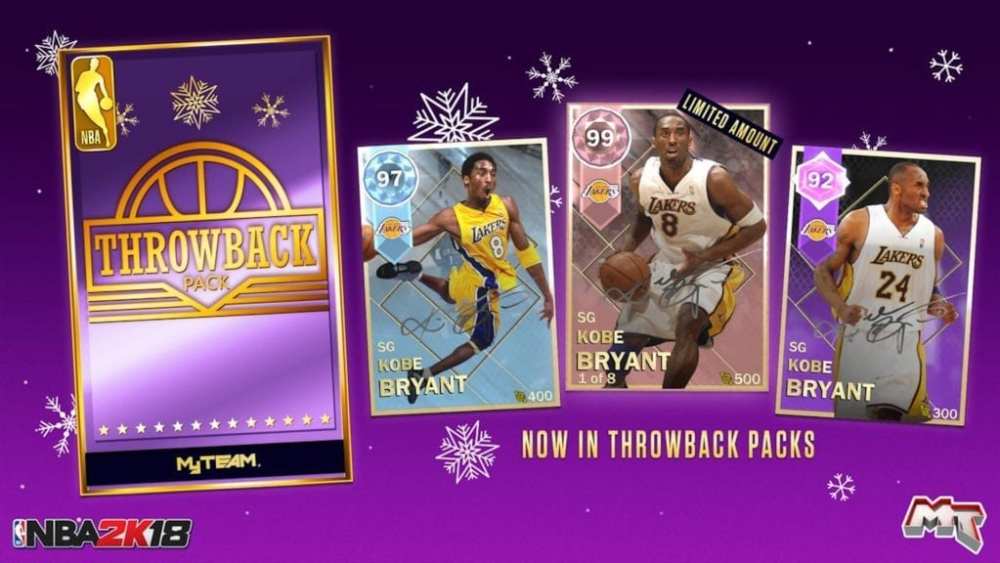 — because it was basically the MyTeam version of a “kick” from the movie Inception. We were suddenly awakened from a dream (MyTeam) within a dream (2K18) within a dream (sports video games) and thrust into the chaos of a market crash, plus the cathartic realization that our MyTeam lives would never be the same.

Because if cards this dominant could suddenly exist, anything was possible. 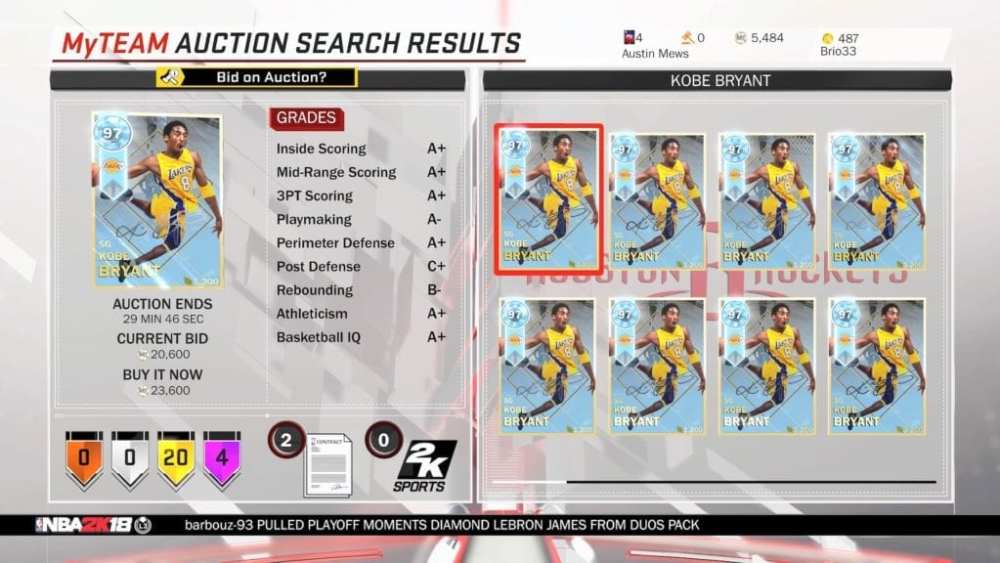 Plus, the Signature Series card design combined with that amazing photograph of Kobe about to throw down a monstrous dunk made the diamond in particular a true work of art. And, amazingly, this card can now be had via the auction house for 20K, where I was lucky enough to sell my diamond Kobe for 400K back in the day.

Well, that just about wraps up the first annual MyTeam awards.

As 2K19 info begins to trickle out, let’s not forget the fun we had in 2K18. It definitely wasn’t perfect, but I played more 2K than ever this year, mainly due to MyTeam. So hats off to the 2K developers for creating such a great game, and I’m hopeful that next year will be better than ever!