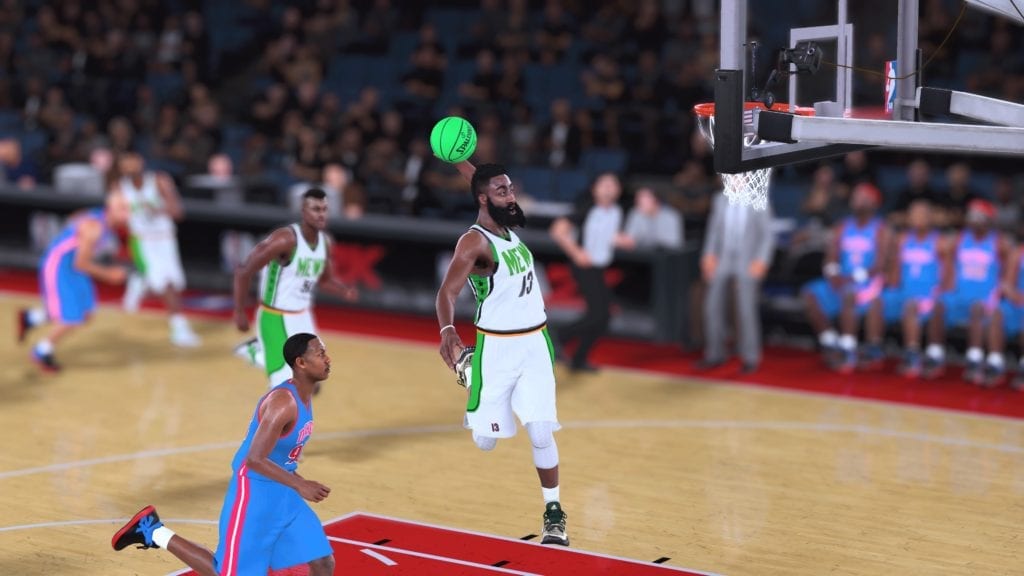 Well it looks like we’ve hit the end of the road for new content in 2K18’s MyTeam, and boy did they go out with a bang! 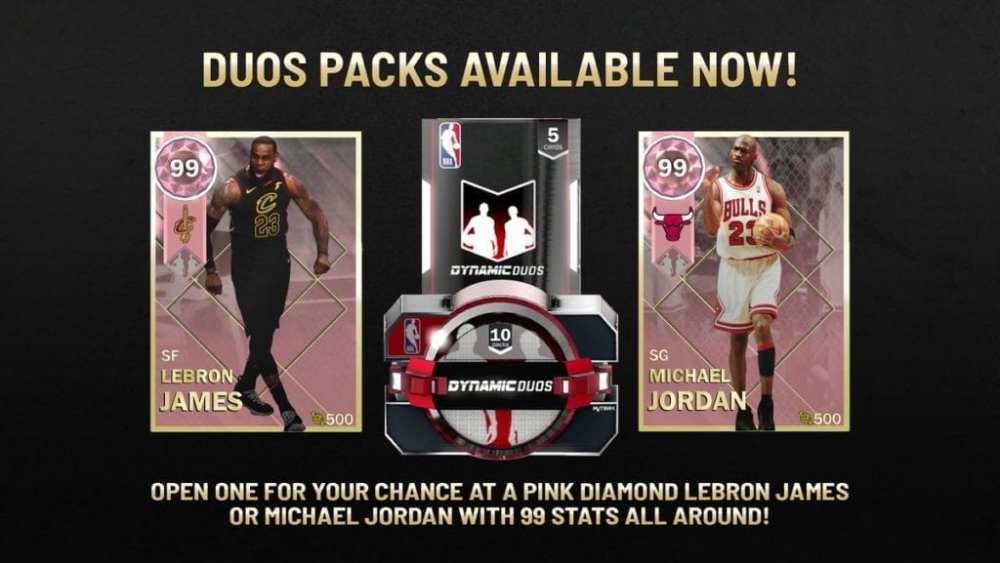 The Duos premium pack has arrived, and not only has it brought a ton of new pairings, there are now two new pullable pink diamonds (MJ and LeBron) with a 99 for every single statistic. I’ll say that again: EVERY SINGLE STAT!

Not only that, but both cards have duos. LBJ is partnered up with pink diamond Magic Johnson, and Jordan’s duo is the diamond Pippen that was the Ice Cold collection reward. I’ve got Scottie, so now I’m trying to get my hands on that MJ, who is amazingly already BIN. 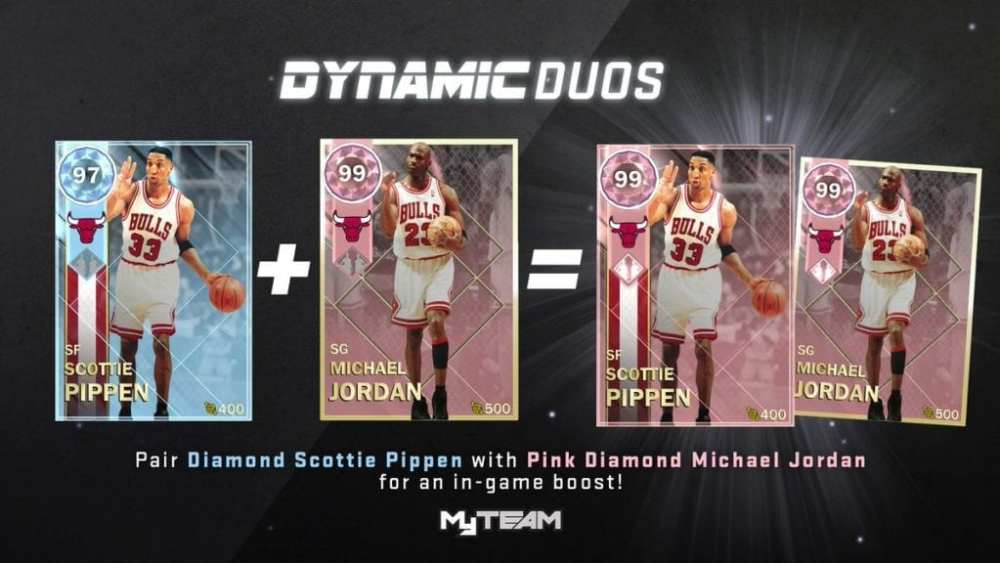 Here’s an updated list of duos now in the game, just in case you’re curious.

Also, if you haven’t been on the auction house in a while, check it out. Pink diamonds are crazy cheap, and diamonds/amethysts are going for next to nothing. When the crash happened, I just bought a bunch of cards I thought would be fun to try, and have been having a blast. Once I narrow down my final 2K18 lineup, I’ll sell (hopefully for a profit) all those diamond and pink diamonds, and get that uber-MJ. Maybe even the LeBron, too.

In case anyone is doing the same thing, here are a few standout cards I’d happily recommend you all try:

What about you guys, any diamonds (or pink diamonds) in the rough?