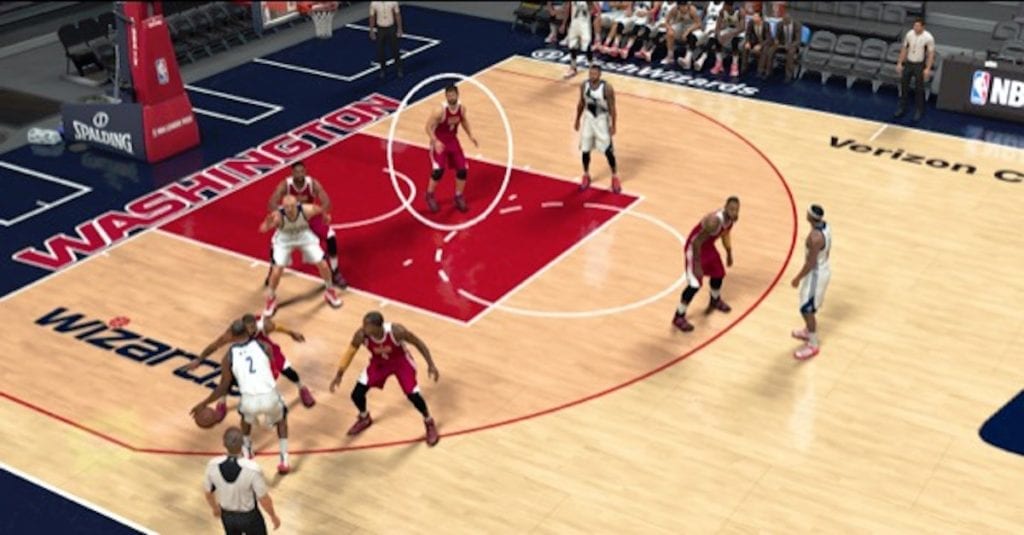 What’s happening fam. It’s your man Da_Czar with a little extra information to go along with the patch notes.

In addition to the gameplay fixes we also have new tendencies for almost all current NBA players. The only exceptions to this are the players most recently added in the last couple of weeks. We know this is an area in which you guys felt we could improve in and we didn’t want to wait until 2K18 to unleash the new tendency work to you.

On the game-play front we put extensive work into the issue many of you have had with the double teams. It is important that you understand it was not a feature of ACE to have the AI double team so quickly. This was the result of a couple of bugs that we were able to eradicate in both code and data. Initially we thought we had this fixed early on, only for it to continue to be an issue through the development cycle.

The true power of ACE was not in immediate double teams but in all of the various minute adjustments that real coaches are making across the NBA. It became apparent that many of you were unable to see what ACE could actually do or was doing because the AI double team would kick in so early in the process.

With those bugs removed you will now be able to see the different schemes and adjustments that OG and our defensive team have worked so hard to implement into our AI system. The subtle changes in PNR coverages and difference between post digs and post double teams should start to come alive.

Some of you may undoubtedly feel that perhaps now it takes too long for adjustments to happen. This is a result of trying to tune back ACE adjustments to stop the double teams when we thought that may be the issue. This will be something that we continue to monitor through user feedback as we move forward.

A ton of work was put into our double team logic for this update. We completely rewrote all the data points concerning when and how we double team. While still not perfect it should be a great improvement over what you were seeing earlier in the year.

Depending on the offensive alignment the AI prefers to bring the double from the weakside unless the user selection overrides that.

Here is an example of a wing double team after the patch. The AI will select to bring the double from the weak side high post instead of the point.

As the double happens Kevin Love does a full rotation and the defense forces the longest pass to be the best available pass with this perimeter double team.

Our last man in a rotation has the ability to fully rotate or to split as he evaluates the biggest threat on the floor. As the offense continues to evolve we have ability to edit help and rotations through roster updates in the future.

Just remember the offense will make timely cuts that are designed to make it very difficult for the defense to remain in such a strong base vs. a double team. An offense in constant movement is much more difficult to stop.

Once we made this adjustment to double teams, we noticed that the offensive AI would want to dive directly to the rim once it detected the double team. We put in code to try to delay this action to give the user a chance to make the perimeter pass if the cutter’s man is the one to double team.

He won’t wait all day but if you spot the double it should give you enough time to find the perimeter shooter before he dives to the rim.

Additionally as you may have noticed from the patch notes we have added even more logic to our off-ball chucks and bumps. The AI is now much more aware of court position. So you should see much more contextual off-ball animation content being played. This means the offenses will have much more flow and continuity to them than before. We still have some sticky areas but it should be a night and day difference between pre and post patch gameplay.

As this tech continues to mature look for this to get better and better with each iteration of our game.

Hopefully this helps to shed some light on some of the work that went into this update for you.