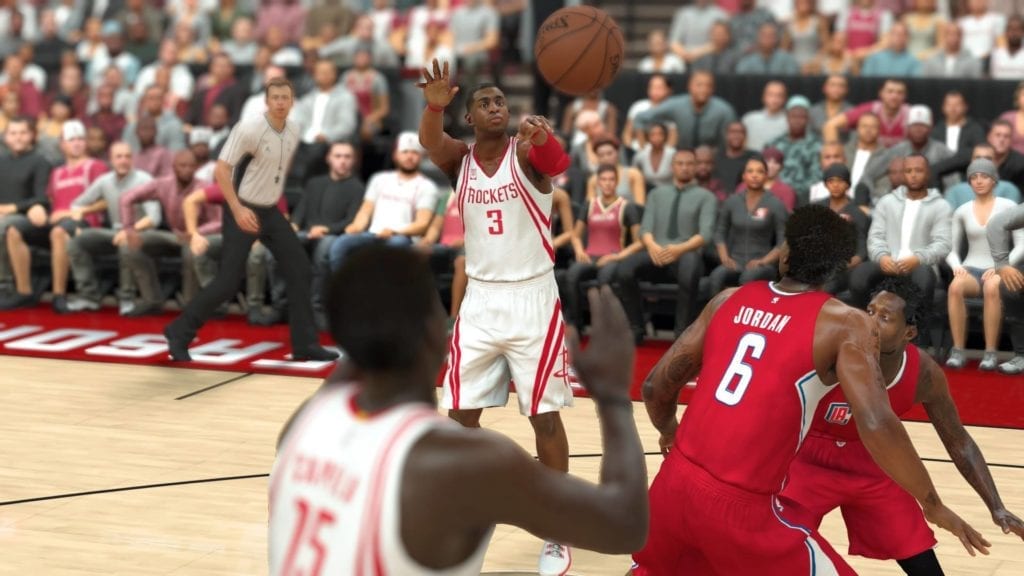 With the NBA draft behind us, it’s time to shift focus to the time of year every NBA fan looks forward to: free agency. And thanks to modern technology, we no longer have to wait for next year’s game to tinker with updated rosters. I mean, sure, I can’t wait to boot up NBA 2K18 on day one and play with the new rosters, but why wait?

Using the Start Today feature in NBA 2K17, I simulated the entire upcoming offseason to see how each team would handle free agency. Let’s take a look at where things landed in the virtual world, compare it to some of the rumors we’re hearing in the real world, and how all of that will impact NBA 2K18. One caveat I should note is that with using the Start Today feature I was unable to factor in this year’s draft class. In its place, I used an auto-generated 2K draft class.

Let’s take a look at how things shook out in the simulation, and what we can look forward to this upcoming offseason.

The first team I checked after the sim was Philadelphia. And although I understand trusting the process, trusting Dion Waiters for four years, even after an incredible year in Miami, might be a bit of a stretch. Nevertheless, you can’t fault Philly for sliding some established players alongside their boatload of young pieces. And this is something we might actually see come NBA 2K18, as Philly has been tossed around as a possible Waiters destination (though I still highly doubt it happens).

Millsap, however?  Nah. With Saric, Embiid, Holmes, Simmons and Okafor already on board, this really is not a position of need. What would make for a nice team would be to flip Okafor for any sort of asset and start Millsap and Embiid together, with Saric providing that spark off the bench. The obvious concern here is Embiid’s injury history, and the spacing with Simmons slotting down to the other forward spot, but you have to play with the hand you’re dealt.

What Philadelphia does this offseason will be fascinating to watch. They are loaded with assets and young players, and are shifting focus from tanking to competing. It’s hard to see Millsap agreeing to more than a courtesy meeting in order to drive up his market value, but stranger things have happened.

The virtual Cavs avoided any major moves in the offseason, focusing only on fringe moves by adding Zaza and Tony Allen. These aren’t necessarily bad signings, but they are more regular-season focused as both players have a tougher time being on the floor in the playoffs. Plus, the Cavs’ problems aren’t located in the regular season — or even the first few rounds of the playoffs for that matter. Their issues reside the same place as everyone else’s did: Oakland.

The Cavs don’t have any cap space to speak of, so any big moves they make will come via trade. Paul George is reportedly available and would be a nice fit as either he or LeBron could play the four. But one of the reasons why NBA 2K is probably the only place where the Cavs make a big move is because both LeBron and PG-13 have made it clear they do not enjoy playing the four excessively, much less on a full-time basis.

-Guess how much it took Derrick Rose to stay in NY? 5 years, $125 million. Yikes. But don’t worry, Knicks fans. The 2K simulation declined to move KP. So…there’s that? While it may be difficult to predict what Rose will sign for this offseason, it’s pretty safe to assume it won’t be for that much money or for that many years.

-Houston stole Andre Iguodala away from Golden State. Smart money is that Iggy will be in the same uniform come 2K18, but Houston is a great fit for him as the Rockets currently stand. He can share minutes with Ariza while adding some versatility to the Rockets offense and defense. Iggy’s age and injury history would suggest that you play him limited minutes in real life, but he could start for whichever 2K team you put him on.

-The Wizards add Zach Randolph to their starting lineup. Randolph is still really good and has a high rating in 2K17, so this move makes sense on paper. Still, a spacing PF would be a better fit (Z-Bo did show some amount of promise from behind the line this past season at least). Bringing Z-Bo off the bench behind Markieff Morris would be an interesting play as well. In reality, the Wizards are likely to make a few small moves to shore up their bench (unless they sucker someone into taking Ian Mahinmi’s contract off their hands).

What about you?  What do you think will happen during free agency? What potential lineups intrigue you the most? Let us know in the comments!