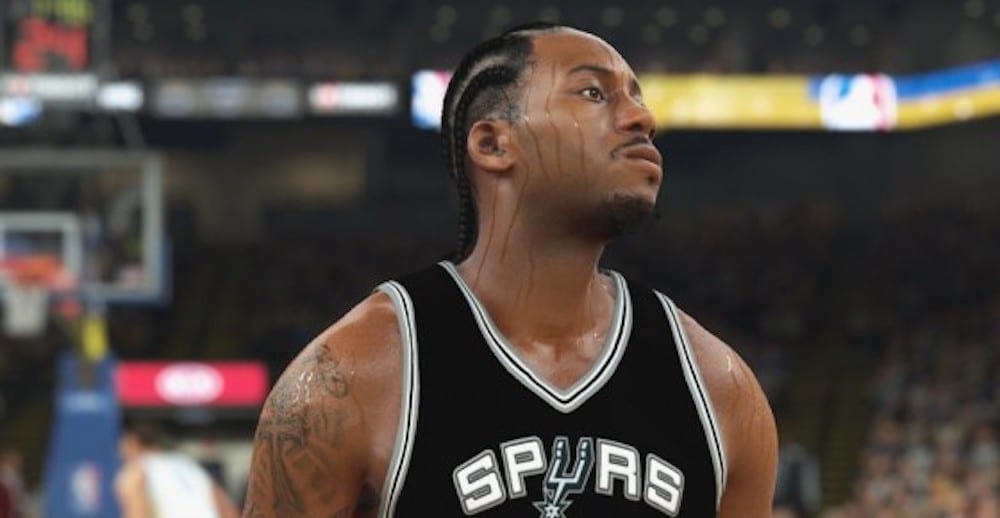 At this point, it feels like the NBA 2K series is in a perpetual state of success. I have enough faith in the series that even if no information was publicly available prior to the release date, I would still happily plop down $59.99 on day one to get the game.

But that doesn’t mean NBA 2K17 is perfect. So what did the developers get right with 2K17 and what could they do better in 2K18? Let’s take a look.

NBA 2K17 is one of the most realistic sports game ever created. The same, at the time, could have been said about NBA 2K16. And 2K15. And so on.

The user has a ton of tactical control over the gameplay. From substitution patterns and play calling to a litany of offensive and defensive controls, you have as much or as little control as you would like during the game. Sometimes that control is taken away from you by certain animation sequences, but that doesn’t change the overarching point. To make the point about the depth, I consider myself an NBA 2K addict, but I’ve never seriously explored play calling. Some 2K fanatics will read that and think I’m crazy, but the point is there’s still plenty more game for me to discover.

2K has done a great job over the years of adding in gameplay tweaks that allow players to control virtually every aspect of their hardwood game, while at the same time leaving enough automated options in place in order to not scare away the other gamers. If you think the shot stick is too complicated, you can still just press the Square button to shoot. The choice is yours.

But the beauty of the simplicity that remains is it doesn’t prevent you from striving to have as realistic an in-game experience as you want — assuming the AI or the sometimes spotty animations stay out of your way.

MyLeague has long been a strong suit of the franchise. While it’s true that it does fall short of fully capturing the realism of being an NBA GM, it does capture the essence in a broad sense, which is typically sufficient for a video game.

You can customize quite a bit before you even start the mode — being able to adjust the salary cap, for example, is a nice touch. Once you’ve started, you can control as much or as little as you’d like: trades, lineups, rotations, scouting and much more.

The “start today” option was a nice addition. It lets players start the mode where the in-game date matches the current date. So right now, for example, would be a great time to start the mode if you wanted to see what you would do with the Clippers heading into the offseason. With 30 different franchises out there, you could occupy yourself for quite a while trying to “fix” a number of different NBA franchises.

After 2K16’s experiment with a Spike Lee-directed mode, 2K17 went the traditional route. Other than progressing through the Justice Young storyline, the mode’s sole focus this year is your player’s progression. Your home gym, complete with a full basketball court, serves as your home base where you go between games and practices. Earning VC by completing practices and playing in games allows you to level up your player as you work towards becoming an all-time great.

The practices themselves, though, can get boring after a while, so if you’re cool with missing out on the VC that accompanies practices, you can choose to skip them if you’d like. But beyond that, MyCareer is a blast to play.

I seem to remember an article or two touting 2K17’s trade logic as being much improved. And perhaps that is true. But what is in place still doesn’t make a whole lot of sense. The good news, however, is that 2K has clearly done some work in this area.

You can view each team’s current status to see if they’re looking to contend or build for the future. In theory, this means a rebuilding team would have little use for a 35-year-old fading star on a huge contract, and a contending team wouldn’t consider trading its superstar for young prospects.

In execution, however, it doesn’t work so great. You can search message boards (cough, OS, cough) and find plenty of examples of in-game trades that would never happen in real life. The virtual world, of course, will never fully capture real life. But some of these are head-scratchingly bad. This isn’t to say that the in-game trade logic is completely broken. If you fish for offers on one of your top players, around half of the offers will make sense while the other half will make little sense.

Building off what was implemented last year with team statuses, a nice addition would be to have the ability to set specific parameters of what you’re looking for. And, of course, the more options the better. Using last year’s OKC Thunder team, as the GM you would most likely want to search for 3-and-D wings and a backup PG. It wouldn’t necessarily even take a complete re-write of the process — the existing player badges could serve as a base for the search criteria.

Pay-to-play is here to stay, not just for the 2K franchise, but for video games in general. It’s the new reality, and there’s no getting around it. That said, I’m sure I’m not the only one that finds myTeam to be a lot less enjoyable if you choose to not spend money. And it doesn’t have to be that way. With myCareer, you could fast track your created player to a high rating if you wanted to drop some money on VC. But if you choose not to, it’s still an enjoyable mode to play. In fact, one could argue that it’s more rewarding to slowly build up your player as opposed to starting at an all-star level.

But with myTeam, it’s much more difficult. It’s not that the mode isn’t fun without VC — far from it. But with all of the different packs, players, and other cool features of the mode that 2K is constantly promoting, there exists somewhat of a gap. Given that packs are random, your mileage may vary, but I’ve yet to score a 90-rated player in a pack. It takes a while to earn enough VC in game to buy just a base pack, much less a special or throwback pack. So although it is certainly possible to build a stacked team with your favorite stars of today and yesterday, the best and quickest route involves spending a lot of cash. It would be nice if 2K18 made it a little easier to earn packs with in-game accomplishments.

Also, the variety of cards that exist within myTeam can be overwhelming. It feels like some players have 30 different versions of themselves, all with different ratings. Instead of just hoping for a Steph Curry card, you have to hope for the highest-rated Steph Curry card. What I would like to see is one card per player with ratings that are updated throughout the year. This would also add some intrigue to navigating the auction house as users try to sell high and buy low.

MyGM is the RPG mode that 2K users have been clamoring for, including myself. But I find myself drifting towards MyLeague for the GM experience, which means that for me and a lot of others, myGM falls a bit short.

The premise is nearly identical to myLeague. The big difference here is you only control one team, and you are given a list of goals by your owner that you need to achieve in order to stay in good standing with ownership. The problem is these goals either aren’t realistic, or are basically silly. You have to tell the owner either that you “will” accomplish the goal or you “might” accomplish the goal. I would imagine, however, that few real-life GMs would ever guarantee their owner that team morale would stay high, for example.

It would make more sense to have goals based around stats, records and how much improvement you make each year. If your owner wants you to rebuild, he should admonish you for signing J.J. Redick to an $80 million contract. If he demands that you start winning now after years of drafting in the lottery, you should be rewarded for flipping a late draft pick for a rotation piece and making the playoffs.

What about you guys? What are some of the items on your NBA 2K18 hopes and dreams lists? Let us know in the comments!