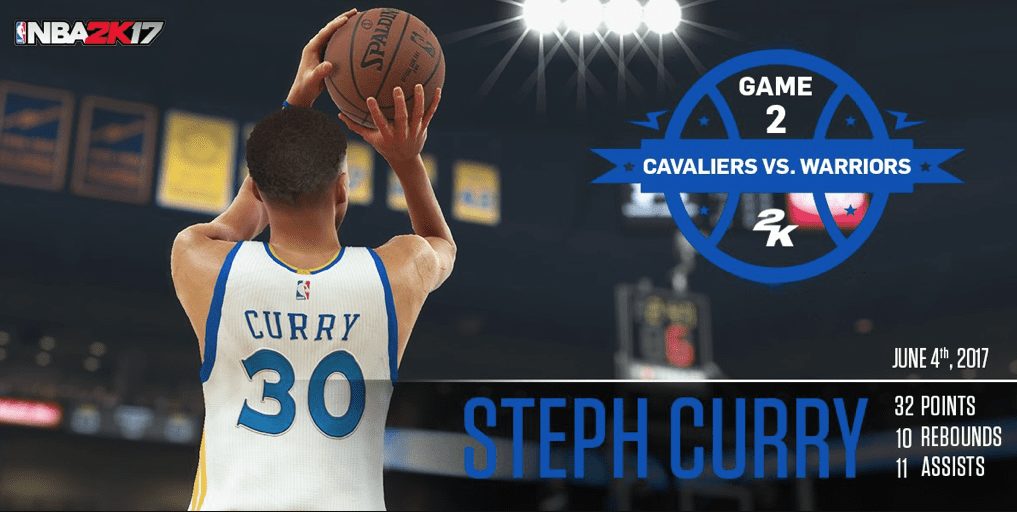 Last night, the Warriors once again dominated the Cavs on their way to a 2-0 Series lead and a 14-0 mark in the NBA Playoffs. This type of dominance is something which you’d expect if you were playing a video game.

On a rookie level.

With a 12 year old who decided to build a super team to play MyGM with.

Kevin Durant and Steph Curry are both at the top of their game (and likely the top of the game), their supporting cast is more than capable and have delivered an NBA championship sans Durant already.

The question of “what is sim” has come up a lot in the community over the past year — and the Warriors are a prime example that sometimes crazy scenarios happen. In this case, it was a team having managed their budged so well being able to add a second MVP-caliber superstar to its roster without giving up anything huge through free agency.

If such a scenario happened to present itself to you in NBA 2K18 or NBA 2K17, would you consider it sim to sign a second superstar? Before Durant signed last year, would your opinion have been different?

Lastly, what type of ‘self-enforced’ rules do you put on yourself, if any, when playing a mode like MyGM?

What Went Right in NBA 2K17, What Went Wrong in NBA 2K18
NBA 2K17 Looks at The Incoming Rookie Class and How They Might Fare