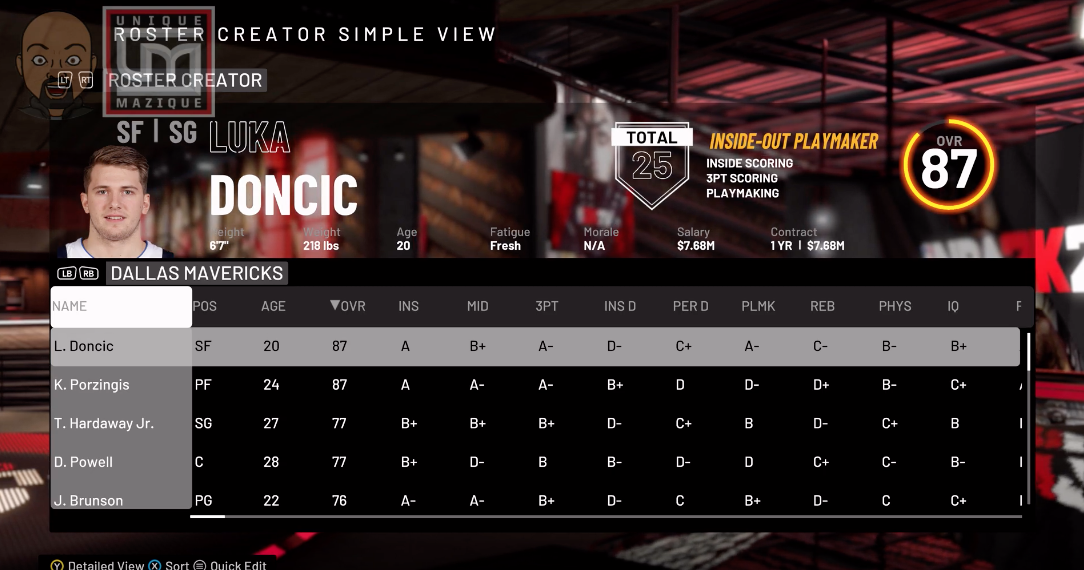 UNIQUE MAZIQUE has posted videos of the current NBA 2K20 player ratings and rosters for all of the NBA teams, including the All-Time and Classic teams.