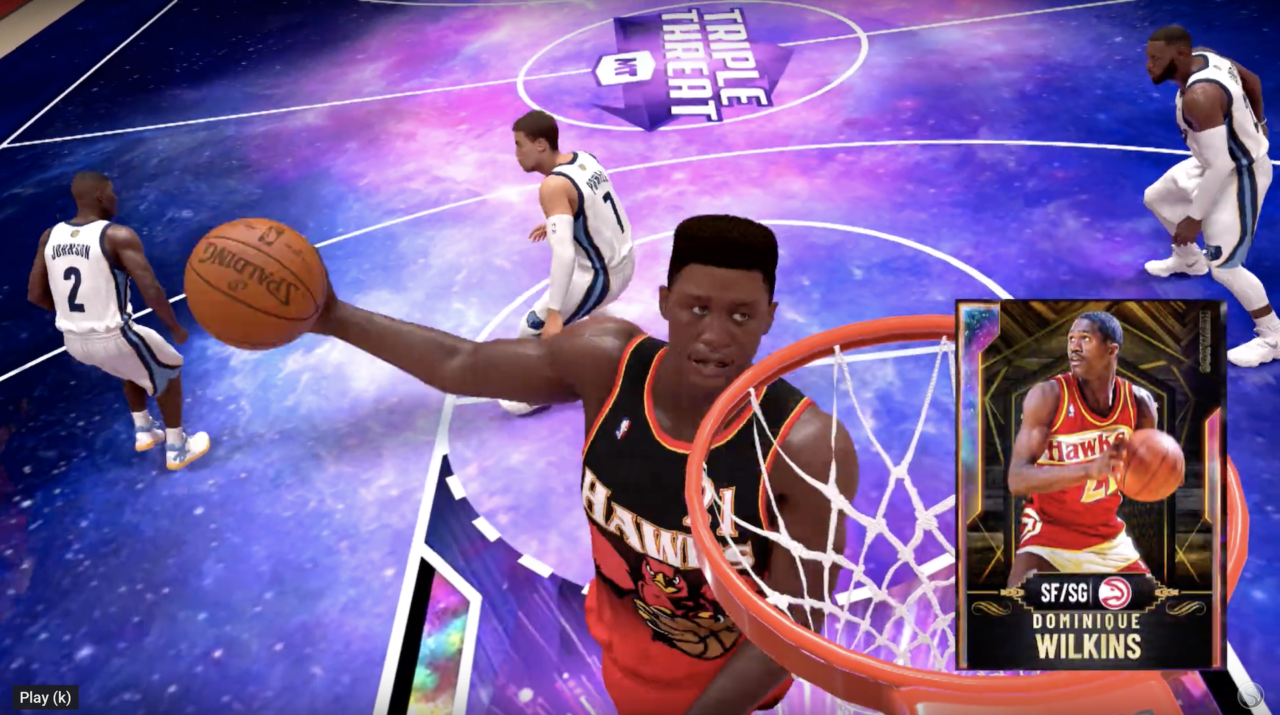 First of all, if you haven’t yet had a chance to see the developer blog and trailer, please check it out. There is an insane amount of information here regarding next year’s iteration of MyTeam. I repeat, insane. And I have to say I’m more excited than I ever thought possible. September 6 can’t come fast enough. 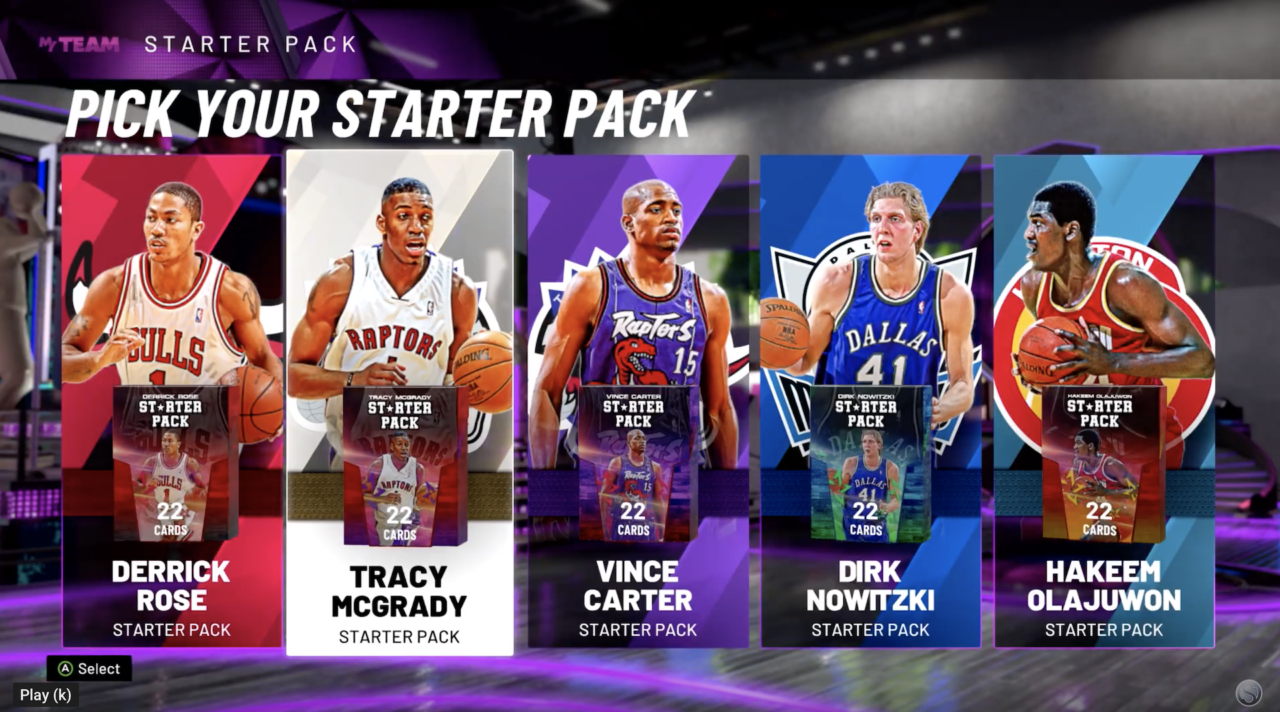 I had already started drafting this wishlist before the blog dropped, but had to adjust it because it looks like some of my wishes will be coming true. Yes, there’s still going to be contracts, unfortunately, but it looks like they are addressing server issues and complaints about better/more rewards for playing the game, among other things.

I actually feel like the purpose of having contracts is valid to get us to utilize different players we’ve collected after our favorite players have run out of contracts. I say that because then you use those other players to earn contracts, to apply back to our favorite players. There’s a certain strategy involved there that I enjoy. But I also understand why people feel like it’s a “pay to play” mode, as the easiest way to get more contracts is to buy packs, and some people just don’t want to have to worry about it.

Perhaps there is happy medium to be had. For people who want to earn contracts by playing the game (Domination, for example), or for people who buy packs every week, they can both continue to do what they do. But maybe there could be other ways to acquire contracts?

This year there is going to be an ability to earn MT and other content just by logging into the mode every day, but can we earn contracts this way? It’s unclear so far. Or maybe let us choose our daily reward, like contracts over MT on one day. Or prioritizing tokens on another day. Or maybe instead of relying on ball drops or casino games, let us earn contracts by answering trivia questions — like how 2KTV does it, for example. 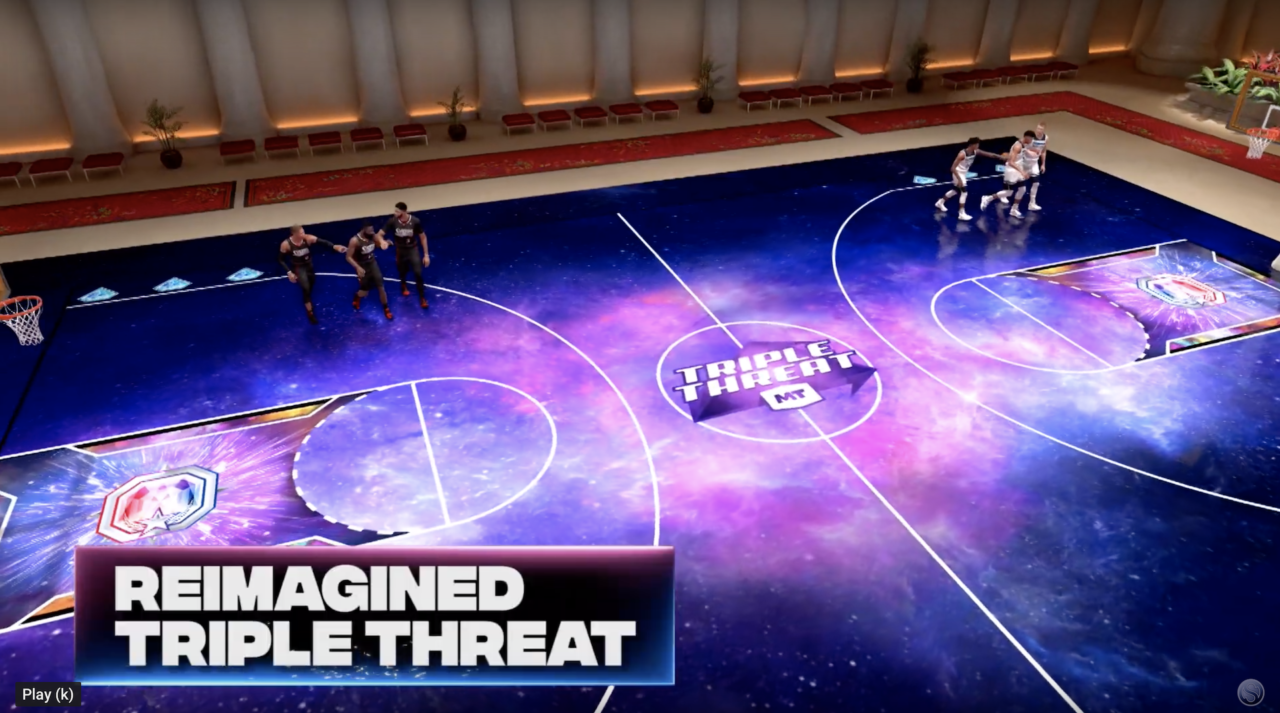 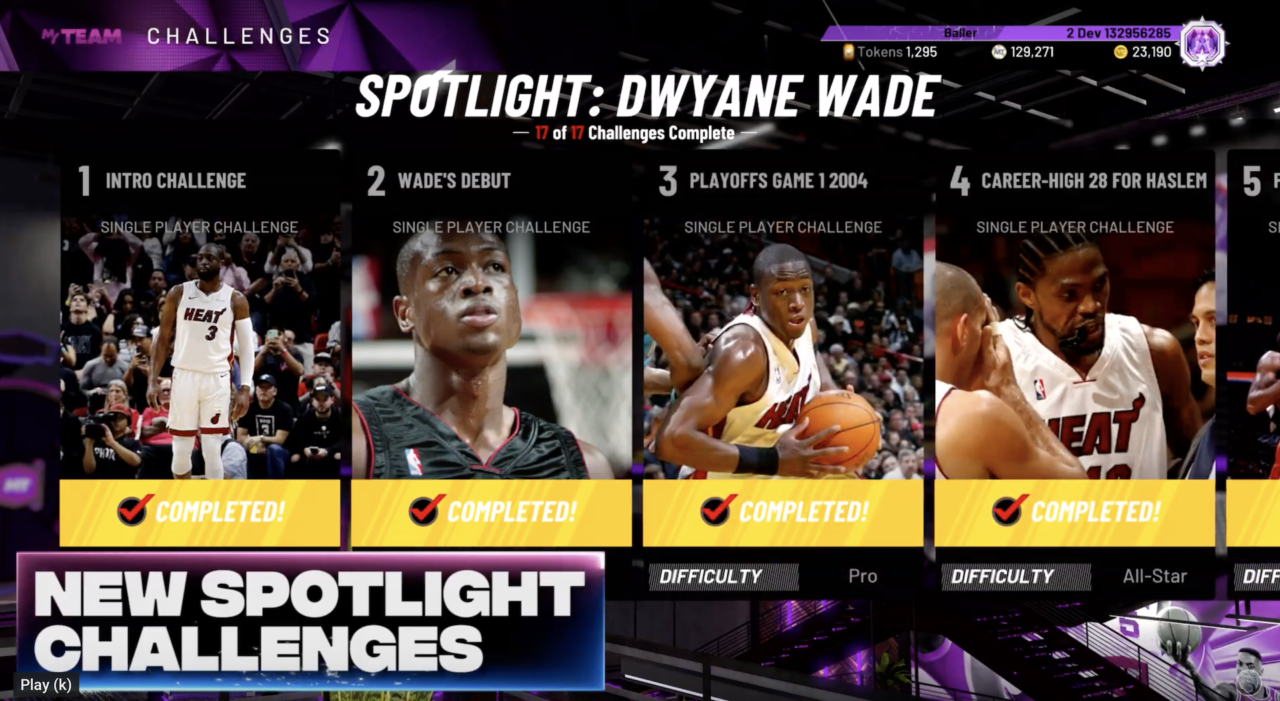 Now there does seem to be upgrades to the existing single-player content, like new Triple Threat content and new tiered (Spotlight) Challenges that frankly remind me a lot of how NBA Live did some of their challenges last year. And that’s a good thing. However, I was still hoping for a new mode of some kind. Anything is possible, but I would love it if there was a way to integrate a season-like experience within MyTeam.

For example, every month or so let’s have a special event where you can take your best lineup into a 10, 20 or 30 game season against a random assortment of NBA teams from the past and present. You would bank prizes/MT along the way for winning games, for statistical accomplishments (triple doubles), awards (MVP, ROY, etc.) and by winning a championship. At the end of the month, you would receive all of the rewards you earned. But if you don’t finish your season (including some sort of “playoff” scenario), you lose any rewards you have earned along the way. Or maybe the stakes could be higher, and if you don’t win the championship you lose everything, which would make every game count.

I’m also putting new tiers of Domination on my Christmas list — and my All-Star Weekend list. I mean at least let us run back previous tiers at a higher difficulty with refreshed rewards. Or perhaps there could be a different flavor of Domination that doesn’t rely so much on hitting arbitrary MT point levels by attempting free throws, 3-pointers, etc. I say that because I worry that as the Domination levels get higher and harder, the game mode is practically begging people to figure out ways to cheese for MT requirements versus just playing the right way and winning the game.

Integration With Other Modes

I’ve mentioned this in the past, but I really liked how in a previous year of 2K you could earn MyTeam cards by working through MyCareer and hanging out with certain players. That’s great. Can it come back?

I’ll also go one step further and say if I’m playing a MyLeague season with the Rockets and win MVP with James Harden, give me whatever the best current card is of James Harden in MyTeam. In September that’s probably only an amethyst, but if I grind out a season in February that will probably be a pink diamond. Or maybe if I get a 50-point triple double with my Harden, it would automatically create a “Moments Card” that I could use in MyTeam — even if it’s just a Free Agent card.

This could add a huge layer of strategy to the overall game.

For example, let’s say the current best version of Tracy McGrady in February is a pink diamond that’s part of a Premium Set, and it’s extremely expensive in the auction house. But if I play a MyLeague season with the 2008 Rockets and meet certain parameters, I can earn that card to add to my MyTeam collection, or just to auction off and make some MT. Or, what if I take the Magic through multiple years of MyLeague, and win championships and MVPs with Mo Bamba. Then maybe I could somehow earn (or create, more on that below) a pink diamond version of Mo (since he probably won’t get the same MyTeam love as the Tatums or Aytons of the world yet again this year).

This would essentially be like adding new modes to MyTeam, which would hopefully get people to try out other parts of 2K20 they might not ordinarily want to try. I don’t think I’ve given MyGM a fair shake these past couple of years, but I definitely would if I could somehow earn a rare card. This could also ensure that lineups are dramatically different. Oh, and definitely don’t take it easy on us, make me play an 82-game season with 12-minute quarters (no simulating games) to get something particularly special.

The bottom line is I would be more interested in earning something concrete like a card versus trace amounts of VC. 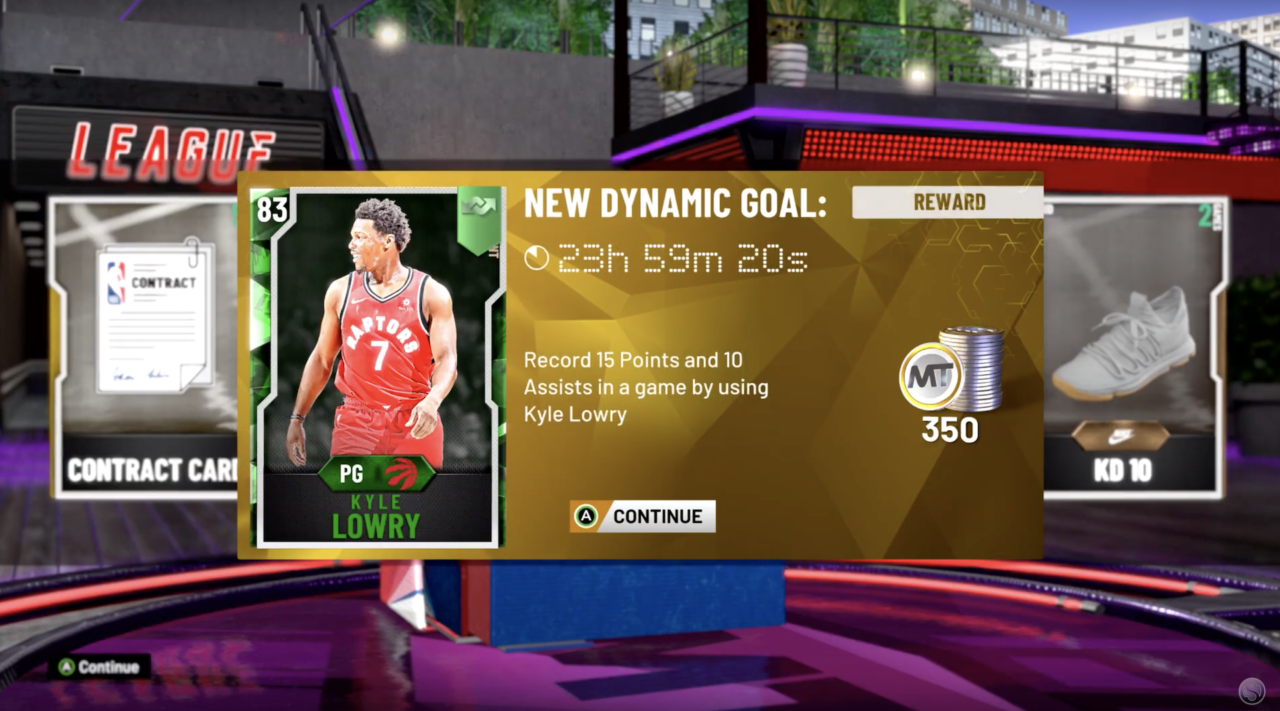 I would love more “big picture” stats for my cards and my lineups. Which lineups are my most efficient? Which cards have the highest plus-minus ratings? Which coaches and systems work the best for me? In a world of analytics, surely there’s a way to incorporate some of that data into MyTeam.

I don’t know about you guys, but one of my favorite things to do as a kid was get together with friends, pour over our card albums and concoct elaborate trades.

What if there was a place in the Neighborhood where you could go, bring your “album” of cards, and trade with friends (or friends you just haven’t met yet)? You would have to keep up with current auction house prices to make sure you’re not getting fleeced, or, conversely, try to fleece other players to get valuable cards for your collection. That could be fun.

Maybe there could even be a way to wager MyTeam cards during Park games? There’s so many possibilities there. Again, everything doesn’t have to revolve around VC.

I have no idea how this could be implemented or policed, but is there a way we could create our own MyTeam cards? We kind of got that feature last year by importing our MyPlayer into MyTeam, but it was fairly limited.

Perhaps there is a way we could at least be given the freedom to create one MyTeam Free Agent card each month, with whatever stats we could afford with MT (or by choosing a build and attributes similar to how the MyPlayer Builder works) and just go nuts. Maybe if we wanted we could upload our own card art, etc. Then I could just create my own perfect version of Mo Bamba (or myself) for fun, even if it’s short-lived.

That would definitely give me a reason to keep coming back — in addition to unlocking this Grant Hill, of course: 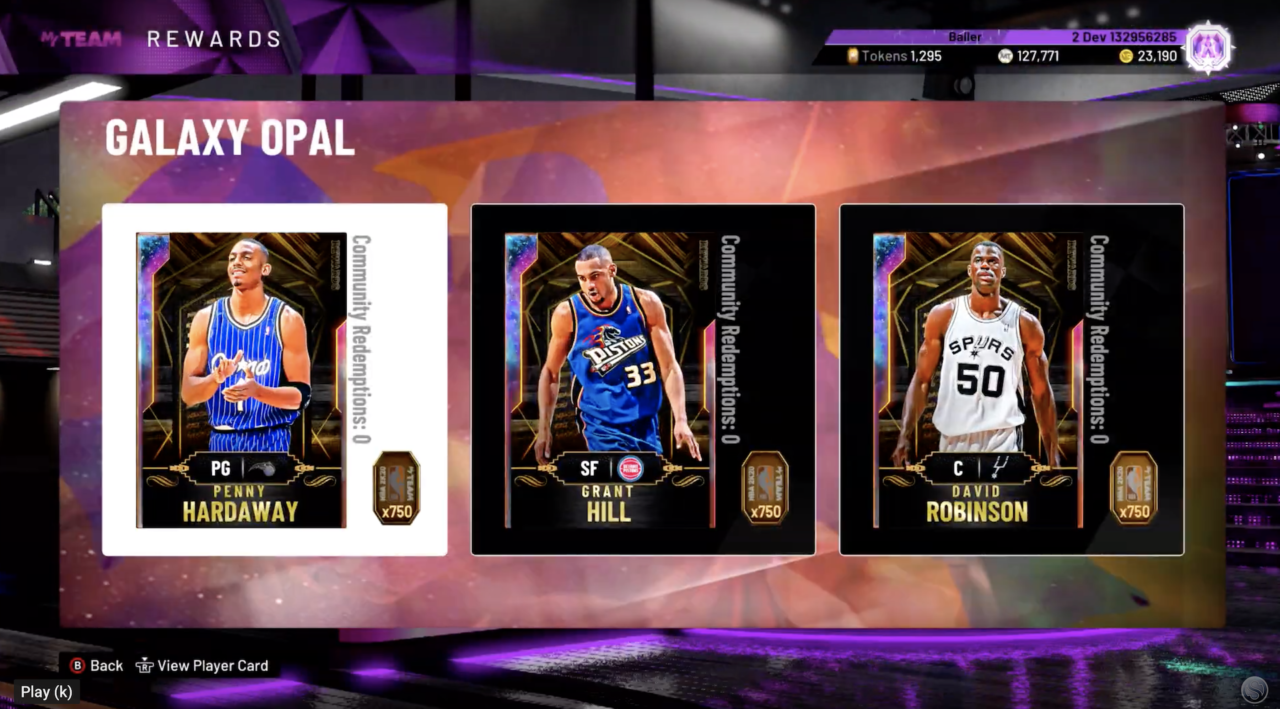 What about you guys, what would you still like to see happen with MyTeam? Any new dream modes or pieces of content you think it’s missing? Let us know because you never know who might be checking out the comments and taking notes for 2K21.

Some Details on The Next Neighborhood For NBA 2K20
NBA 2K20: Things to Know Before You Buy