I got a little behind with other areas of MyTeam once the Kareem Spotlight Series came out, so this NBA 2K20 MyTeam weekend update is just to point out the additions that occurred around the same time — assuming any of you all fall into the same boat. 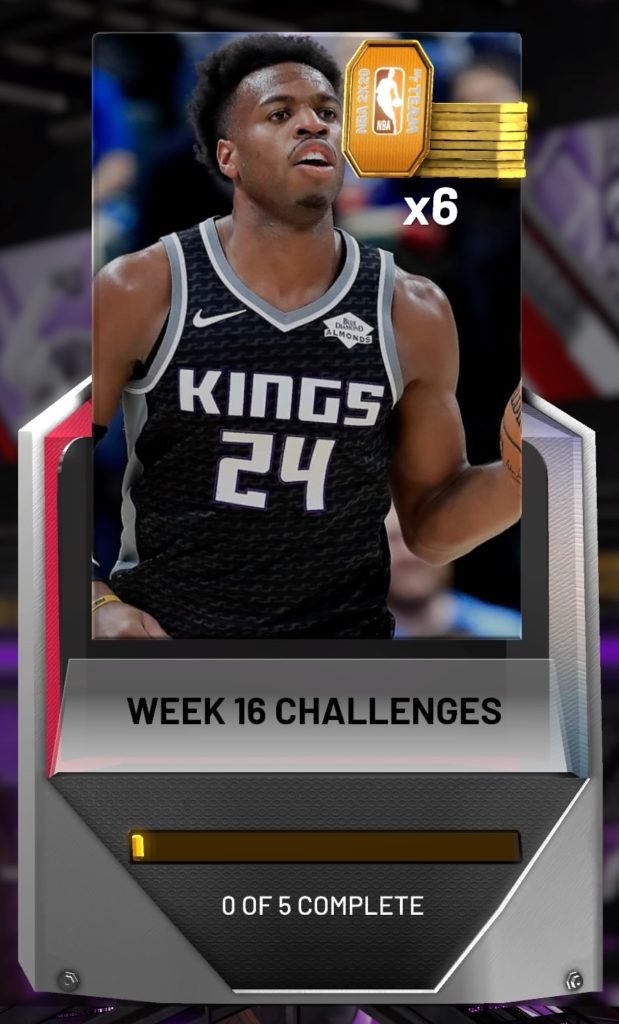 First, the Week 16 challenges are live. As usual, snag that easy MT and tokens while evolving some players.

The first multiplayer challenge is the sort I like to see, with specific low-rated requirements needed so people use some different players than usual (at least for the most part).

This multiplayer challenge is less exciting, but any tokens right now are probably a good thing because the token marketplace should awaken at some point.

The big change came to the Triple Threat mode. Offline got the new set of rewards, including a diamond Zach Randolph and an amethyst Kirk Hinrich. We still have the diamond consumable kicking around as well.

The Triple Threat online boards themselves remain upgraded and are giving out more rewards as well. In addition, there is an evolution Dion Waiters that is showing up at times as well. Apparently it’s a solid card based on fan reaction, but I have not been able to snag it as of yet. I do not know how long it will remain on the TTO boards. With Channing Frye during the launch week, he was only up for 24 hours, but Waiters has already been available longer than that.

Lastly, there is a free diamond player you can snag with this promo code:

💎 Who needs a Diamond card? This Locker Code GUARANTEES one! Get yourself a Diamond Cliff Hagan, Diamond Doug West, or Diamond Earl Monroe. Available for one week. pic.twitter.com/PFAbLdnd7n