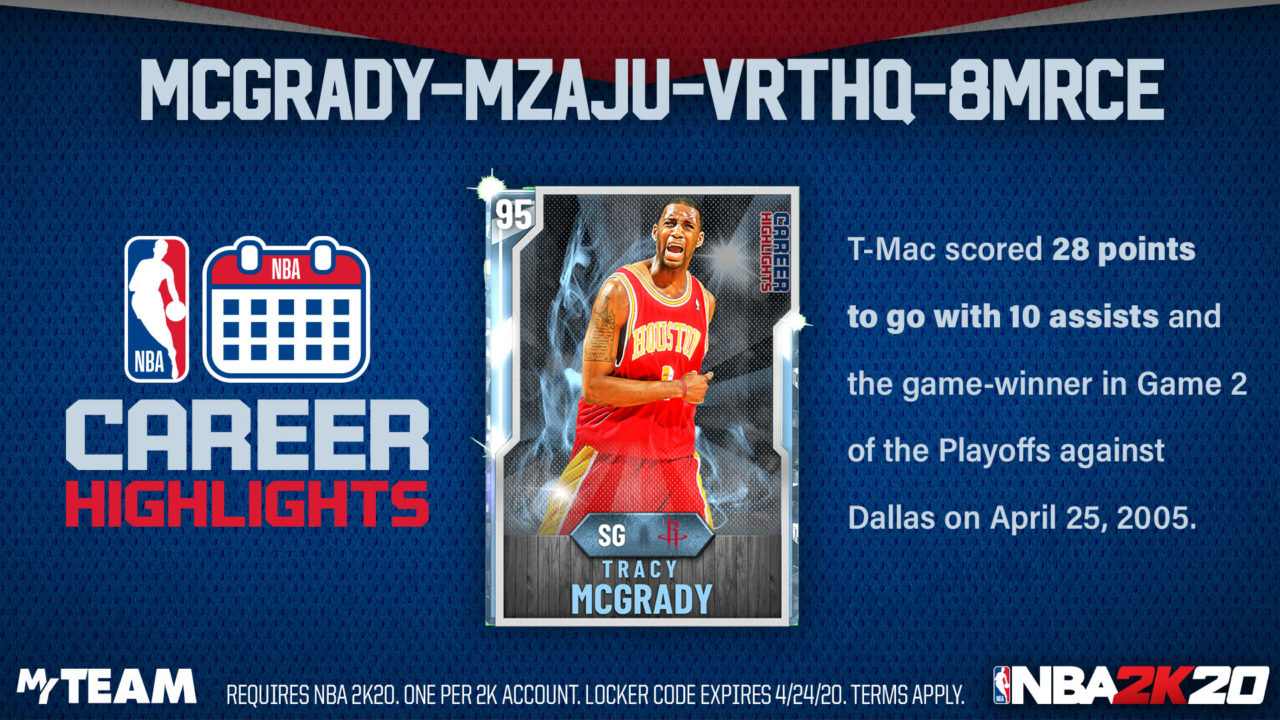 In NBA 2K20 MyTeam, you will find T-Mac all over the place today. He gets a new Career Highlights locker code, plus all his other cards are being made available in Triple Threat online — including the galaxy opal Tracy McGrady.

All Versions of T-Mac are now available in Triple Threat Online, as well as a few other 💎s too pic.twitter.com/EjETGCESPV

T-Mac has been a fixture on teams for months, so this maybe doesn’t excite everyone, but a couple of his cards are still incredibly meta even with the chaos and power creep this season.

🚨 T-Mac Career Highlights Locker Code. T-Mac racked up 28 points, 10 assists and hit the game-winner in Game 2 of the 2005 Playoffs against Dallas. Use this code for a chance at a 💎 T-Mac. Live for one week pic.twitter.com/pwL6EA920K

Also catching up from a locker code I missed yesterday:

🚨 Locker Code. Use this code for a chance at a St. Patrick’s Day Buzzer Beater Pack, Flash Super Pack, or 10 Tokens. Live for one week. pic.twitter.com/Vhe2v6h15f

NBA 2K20 MyTeam: One of the Most Underrated Cards, According to DBG
NBA 2K20: The State of MyTeam - Newest Galaxy Opals