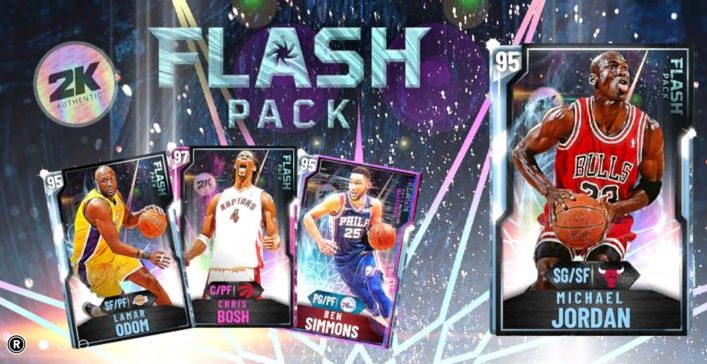 2K has seen all the “flash” deals done in Madden and FIFA and wanted to get in on that with a limited-time Flash pack that will only be up until Monday morning. It also happens to be the pound-for-pound best pack release of the season.

The 2K team knows this pack is filled with meta must-have players. I mean they all but give it away by breaking the fourth wall with the Ben Simmons card collection screen:

Ben Simmons is glitched because, yes, he does finally get the PG/PF dual-position designation. 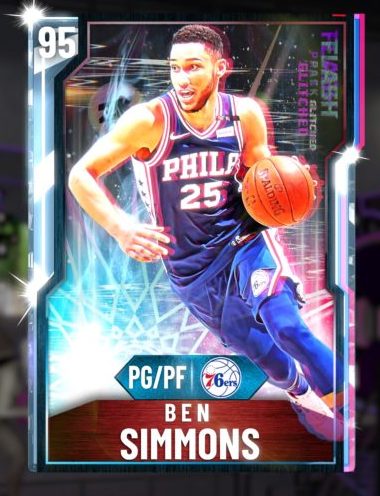 It’s a return of sorts for two other players in this pack as well. We get our first Lamar Odom since 2K14, and we get our first Chris Bosh of the season. A fun fact about this Odom as well, is he was updated:

For those who haven't seen it yet, with the new card set (Flash) for MyTeam, came in a new updated render for Lamar Odom 🥳 #NBA2K20 pic.twitter.com/tWrOCnHWL3

Honestly, this whole Flash pack is meta in multiple ways. The players are meta for MyTeam Unlimited, and 2K went full meta and owned the criticism of big bodies being overpowered this year by giving us a ruby Tacko Fall collection reward. 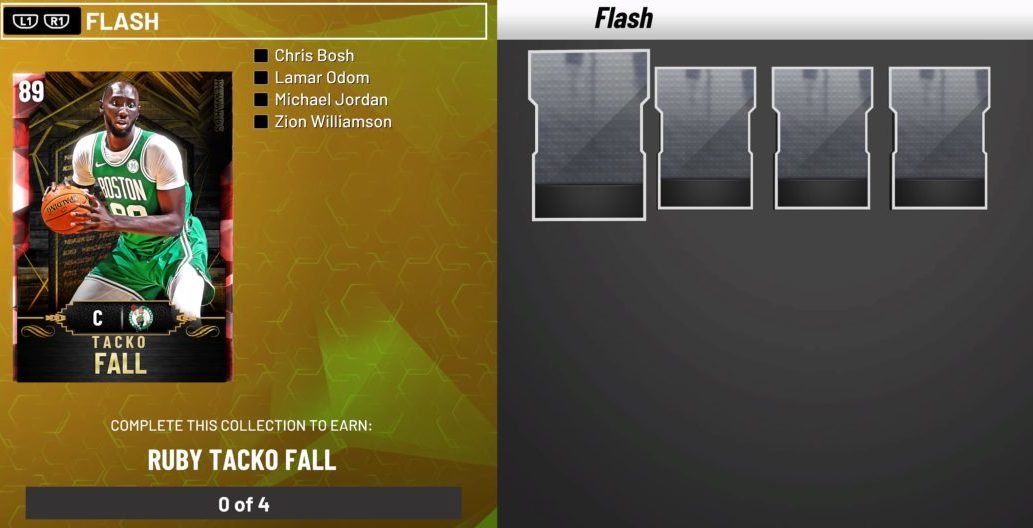 Tacko is not quite Muresan-level busted because he’s “just” 7-foot-5 rather than 7-foot-7 like emerald Muresan. As noted on this screen, though, you do not need Ben Simmons to complete the collection. You just need ruby Zion Williamson, pink diamond Chris Bosh, diamond Michael Jordan and diamond Lamar Odom. That’s still a ton of coins so it’s not worth getting Fall purely for a meme, but it’s there to tempt you.

Elsewhere, we got an interesting addition to the collections menu with three new jersey collections being added. They are not populated yet, but we will be getting new Statement, Classic and City uniforms at some point. This is important purely because jerseys do add to your collector level. In addition, some of those levels do provide extra tokens, which matters because the token marketplace will also be getting updated somewhat soon.

🚨 Locker Code. Use this code for a chance at a Deluxe Dwight Howard award pack, 10 Tokens, or 5000 MTP. Available for one week! pic.twitter.com/vaDUkLTAMI

We’ll be back with reviews on the Flash pack cards over the weekend.