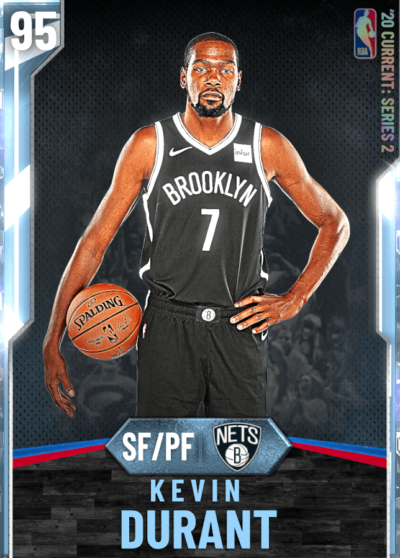 The speculation surrounding NBA 2K20 MyTeam Series 2 is off the charts because, well, there’s a lot of new cards we can see that are not yet in the game.

You can see all the new cards that have been added into the back-end database so far over at MTDB. Above, you can see the new section that has been added to the card collection screen within MyTeam. The general assumption is the MTDB list is incomplete because this seems more like a potential re-release of current teams post-deadline with updated ratings. There is further fuel for this argument due to tweets like this:

That DeMarcus Cousins card is not one currently listed on MTDB, so we can expect that this won’t just be 56 cards. We also don’t usually get these back-end leaks unless the cards are soon to be released. On top of that, we didn’t get any new Moments cards to start this week, so this adds more to the idea that they were delayed because of this new series.

There are clear positives and negatives to these cards, and a lot of it would come down to pack odds. For example, the new pink diamond James Harden only has 4 badges. This makes sense because all the “current” Series 1 cards are under-badged to make the Moments cards etc. feel special. If this release means we get fewer Moments cards and “special” cards overall, it’s a bad look.

On top of that, this James Harden pink diamond is not what you want to see if you pull a pink diamond in a “special” pack (assuming his badges on MTDB are correct). So 2K needs to be careful about where these cards are placed. They shouldn’t replace the Series 1 cards in all packs, but they also should not lower the odds of you getting the actual special pink diamonds etc. when you’re hunting for them in special Moments packs or other promo packs. 2K has made this mistake before, so hopefully they avoid it this time around. This is the most important element of this release. If it’s done incorrectly, we’re going to have so many angry MyTeam players when the odds go down even further on pulling special pink diamonds in packs because you end up getting another unwanted Series 2 pink diamond instead.

The positives are that it could be much easier to get to some of the token rewards now. A lot of people have been wondering how the crap we’re going to get enough cards in the player pool to get to the end-game rewards based on the rate 2K has been releasing cards. If we get about the same number of cards as Series 1, it simplifies the process. On top of that, it’s nice to get some new base cards in the game. People who have been playing enough have most of these Series 1 cards already (if they don’t sell them every time), so Series 2 would brighten up the process of opening basic packs once more.

In short, as long as this doesn’t impact the release schedule for Moments cards — at least long term because it’s clearly been impacted in the short term — or Spotlight Series cards, and the Series 2 cards are weighted and separated properly based on pack type, this could be a nice addition to MyTeam.

(Also, don’t be surprised if there’s also some new token rewards in the near future, but that speculation does not have as much hard evidence so far. Also, holy crap there’s about to be a Series 2 Giannis with center eligibility.)

It Came From the Forums: NBA 2K20 and Shoes Just Go Together on OS
NBA 2K20: A Helpful Pelicans Playbook Tutorial (Geared for Online Play)