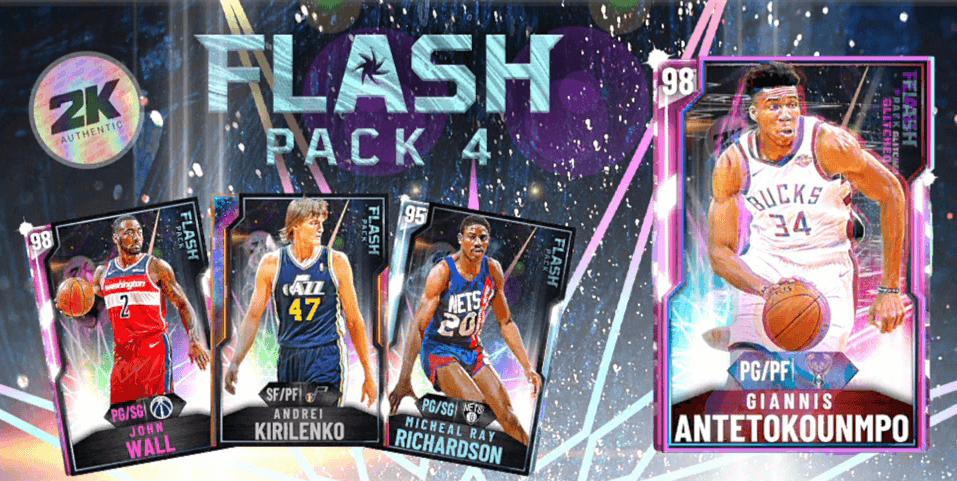 Position locks? Never heard of them. MyTeam point guard Giannis has arrived in Flash Pack 4, and we’re just continuing down the road to oblivion for NBA 2K20 MyTeam.

Oh, and Giannis got gold Range Extender, too. He changes the meta, and galaxy opal Andrei Kirilenko might be the best all-around stats player in the game as well. I don’t really know where we’re going or where we can go, but this game is back to where it was last year at this point because position locks have just been ignored. The insane part is we are there and it’s only March. Sure, you’re not seeing three centers out there right now, but everything else is back the way it was. You have giants at point guard who can do everything and have zero weaknesses. If you don’t have a giant, good luck.

These are great cards (besides Ratliff) but I have never felt less excited about using such amazing cards. I almost feel like I’m being pushed away from MyTeam for the remainder of the year because the basketball found within it is just so bananas at this point. The rule of thumb is don’t help on anything, press and spam steal, avoid going under screens on almost everyone now, and just try to do the best you can defending at the rim if you have someone who doesn’t have gold or HOF Clamps on the perimeter. It’s a five-out bonanza and there’s not much to be done to really change up schemes.

You can take it for what it is, and I will as well, but it just means I’ll stick to the shenanigans of Triple Threat online or focus more on Play Now Online if I want my competitive fix at this juncture.

No reviews for these cards, you already know AK and Giannis are amazing in 2K. Big Z has HOF Quick Draw and gold Range Extender, so he’s now one of the new premiere stretch bigs. Michael Ray Richardson already has some credibility from his reward card, and this one has 24 HOF badges. Finally, John Wall is basically a slightly worse Derrick Rose (or better if you like his animations more).

Beyond the new pack, new weekly challenges and some alterations to the Triple Threat offline rewards:

NBA 2K20 Roster Update Available - See the Changes Here (3-5)
Operation Sports Asks: Would You Like an NBA 2K Gameplay Mechanic Based On 'Decay'?