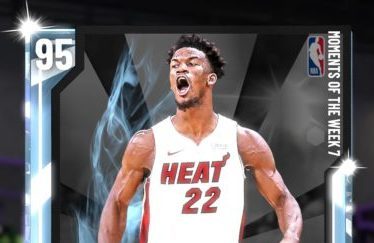 Moments of the Week has become my favorite release in NBA 2K20 MyTeam because we just seem to get a couple budget monsters each time. This week is no exception so let’s get to it. In part one, we’ll be covering the diamonds and amethysts, and there are some real winners here. 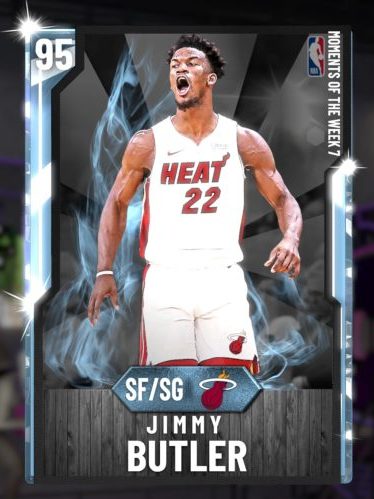 Oh baby. I would not quite classify this as a “budget” card, but it has HOF Clamps and a bunch of very important gold shooting badges. The other thing with Butler is he’s 6-foot-8 with a repeatable shot who can play at SG. He is such a good headliner for this pack of moments and such a good pick up at this point in the season. He for sure plays above his ratings, and as his diamond price continues to fall, he’s just going to be a better and better pick up. 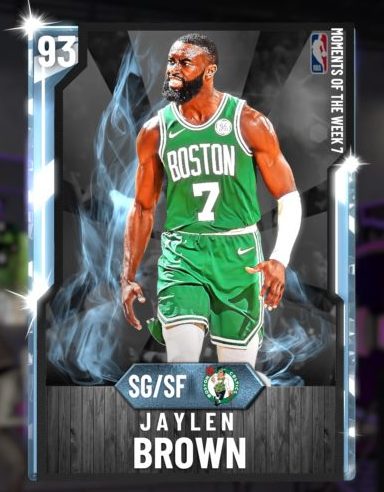 I love Jaylen Brown cards, and to put this in perspective for the set, this is the better shooting, worse defending Jimmy Butler. I personally grabbed both him and Butler for my squad, and Brown is not quite a “budget” player either, but he plays above his ratings. His shooting motion is one of the easiest in the game to green up, and so at worst he’s an overqualified 3-and-D option. He is 100 percent capable of  more than that, and he’s another player who can play as a bigger shooting guard, so he’s got that going as well. I have a hard time deciding between him and Butler, so it comes down to who you like shooting with more I think. 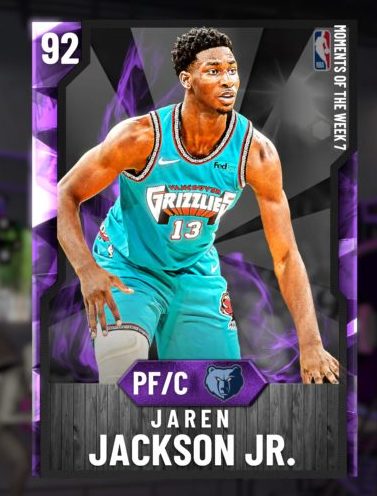 Jackson Jr. keeps the trend of dope cards going, and I would consider JJJ a budget option. He’s a switchable 4-5, and while his height hurts his chances at center somewhat, HOF Pogo Stick and very long arms does negate some of the issue. The defense is not quite top tier even at PF, but he’s going to be an incredible offensive option who still is fast enough to keep up with things on defense. That same speed is why he’s also somewhat intriguing at center because he has blow-by potential. This is a wonderful amethyst and a true stretch big. 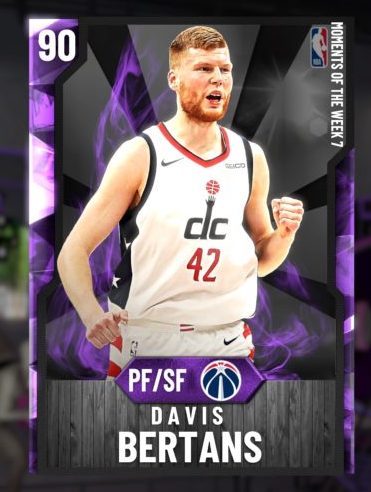 Look, you’re getting this card for the shooting, if anything. Bertans does not have the easiest release, but he does have the ability to shoot from deep as a big (has Range Extender), which is important. He does break the trend of three straight awesome cards, but this one is usable. The issue is I don’t love getting amethysts that are one-trick ponies. If you’r getting players who only excel at one thing, I’m looking for ruby or below to pull that off. Bertans also does not have exceptional height or speed, so playing him at SF does not make much sense. If he had any sort of post game, he might be interesting as a big-boy small forward, but not having that further limits his usage.

Fear not though, in part two we’ll get to another shooter who makes more sense as the budget big who guns.