So we did get a double pack drop today, and the Moments of the Week 4 comes with some good and some bad. Let me get to the cards, and that starts with some bad (with a little good mixed in if it’s a theme). 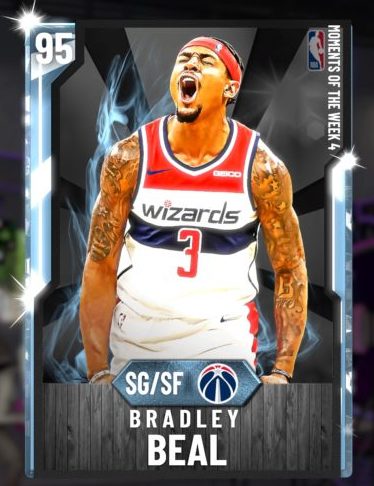 Moving on to the Moments of the Week, there is no collection reward this week in terms of unlocking a player. Instead, if you collect all of the cards you will get 50K MT. I think that reward should at least be 25K more when factoring in the cost of “great” cards on the market, but it does help offset some of the cost of this set — assuming this reward doesn’t artificially inflate some of the prices.

Anyway, Bradley Beal gets HOF Range Extender and gold Quick Draw. This card is a lights out shooter, but it honestly isn’t great when I look at it a little more closely. It’s a total defensive liability and the playmaking isn’t good enough to really make him your point forward more or less while trying to cover for him elsewhere on defense. The athleticism also isn’t special. 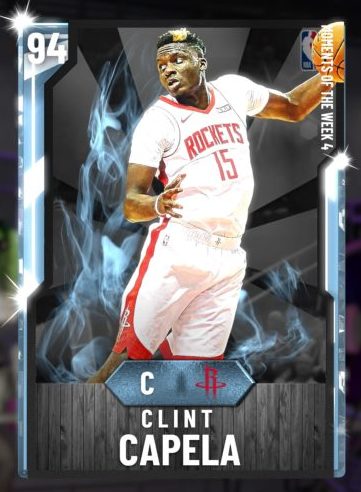 Next up is Clint Capela. Clint Capela is a 2K god. This version has HOF Box, Rebound Chaser and Worm, in addition to Lob City Finisher and Pick and Roller. The thing with Capela is he gets every rebounds when the AI has control of him, and that won’t change here. Now, he is rather slow and the defensive ratings aren’t special, so you’re banking on this card for oops and rebounds, which is close to what you would expect from real-life Capela — albeit maybe not what you expect from the diamond version of Capela. 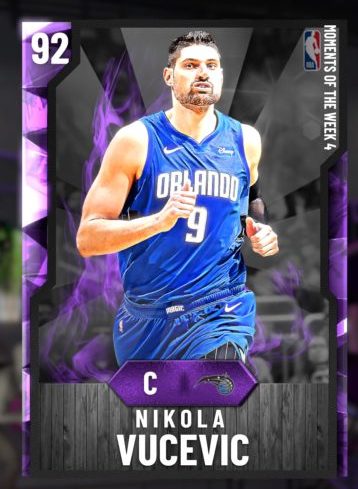 Vucevic has been a popular budget center in previous 2Ks, and this card certainly has some positive qualities. He has HOF Box and HOF Pick and Popper. He also has gold Quick Draw, and has great shooting both in the post and from elsewhere on the court. He’s obviously a massive defensive liability, but I think he could be a really good bench center for teams who go with higher quality squads across the board. Also with some teams still rocking 2-3 zone, users don’t mind as much just roaming around with a center like Vucevic on defense. 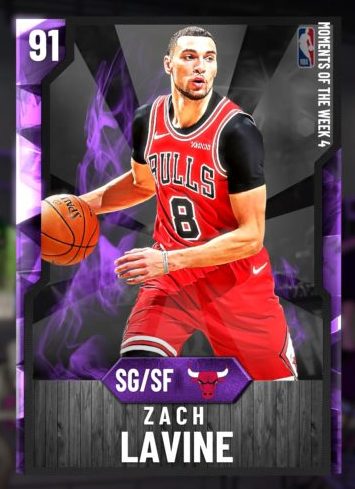 Zach LaVine is always a popular 2K card, but this one doesn’t stand out as too amazing. He has gold Quick Draw but his HOF badges are not the ones you would want with Fastbreak Finisher and Showtime. It will still be a good time to use him as a shooter, but this isn’t the LaVine you want. I would rather just have a cheap version of him with similar shooting attributes, since this amethyst version is not providing enough at 91 overall. 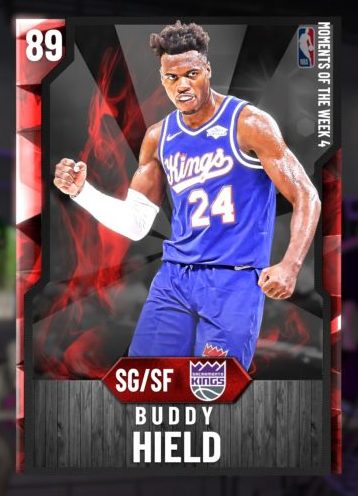 Buddy Hield fits into the similar mold as the LaVine, but at least he’s a ruby. He’s a great shooter who is easy to shoot with in the game, and he has gold Quick Draw. He’s really slow and does not have the athleticism of the LaVine, but you’re really getting these cards to stretch the floor and not much more. 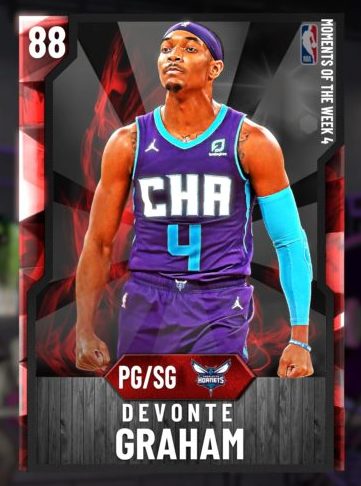 Devonte Graham gets HOF Clutch Shooter and has solid shooting and playmaking. He’s not going to be able to finish anything and the defense is soft, but it’s a fun little budget PG to try out if you’re a Hornets fan. 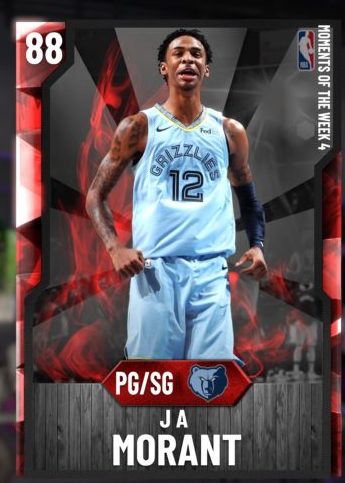 Ja Morant has gold Quick Draw, and I think this card looks rather intriguing. it should be a decent finisher, the shooting is solid, and he should be elusive off the bounce. The defense is of course not great, but I think this is a good budget play if you want to rock a lower-tier lineup. 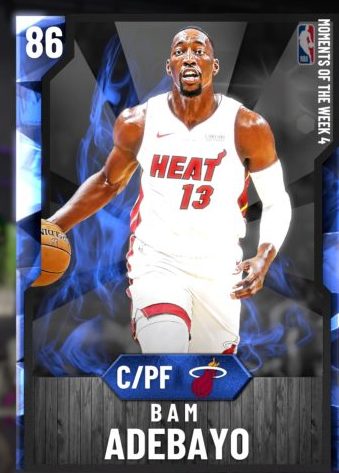 This Bam Adebayo card is the worst card in the batch to me. It’s one you get purely for your collection total. In theory, it can play some defense and do a little rebounding, but he’s not fast enough to be a rim-running threat, and he’s too small to be worth playing at center with the attributes he’s bringing to the table. 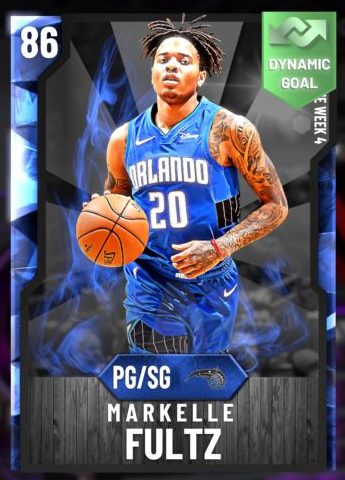 Fultz has gold Quick Draw, and overall the stats on this card look solid. He doesn’t have enough badges to be really good, but he might be the best defender in this group of Moments (at least in terms of guards) when looking at the full profile. The shooting is just decent as it should be, but he seems like a solid bench option. 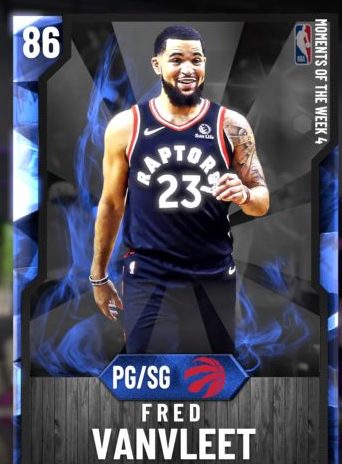 FVV has gold Quick Draw and gold Range Extender. The issue with him is like any FVV card in that he’s undersized. This card can shoot it, but he will be a major liability when finishing and probably on the defensive end as well.

Lastly, the bright spot is the return of Moments Challenge rewards. Heat Check cards have been on cooldown and we haven’t gotten any new Moments Challenges recently, which are both bad developments after 2K got off to a good start with these things. But you can earn a Coby White ruby card by making 12 3-pointers with any player during a game on Rookie difficulty. That is a very easy challenge to pull off, and the card you get doesn’t look half bad.

I really like shooting with Coby White in this game, and that’s what this card provides. In comparison to his sapphire Moments card, it’s literally the same card attributes-wise but now this one has better outside shooting stats. In terms of badges, they are different for the shooting as well, with the ruby picking up HOF Hot Start while still having gold Quick Draw.