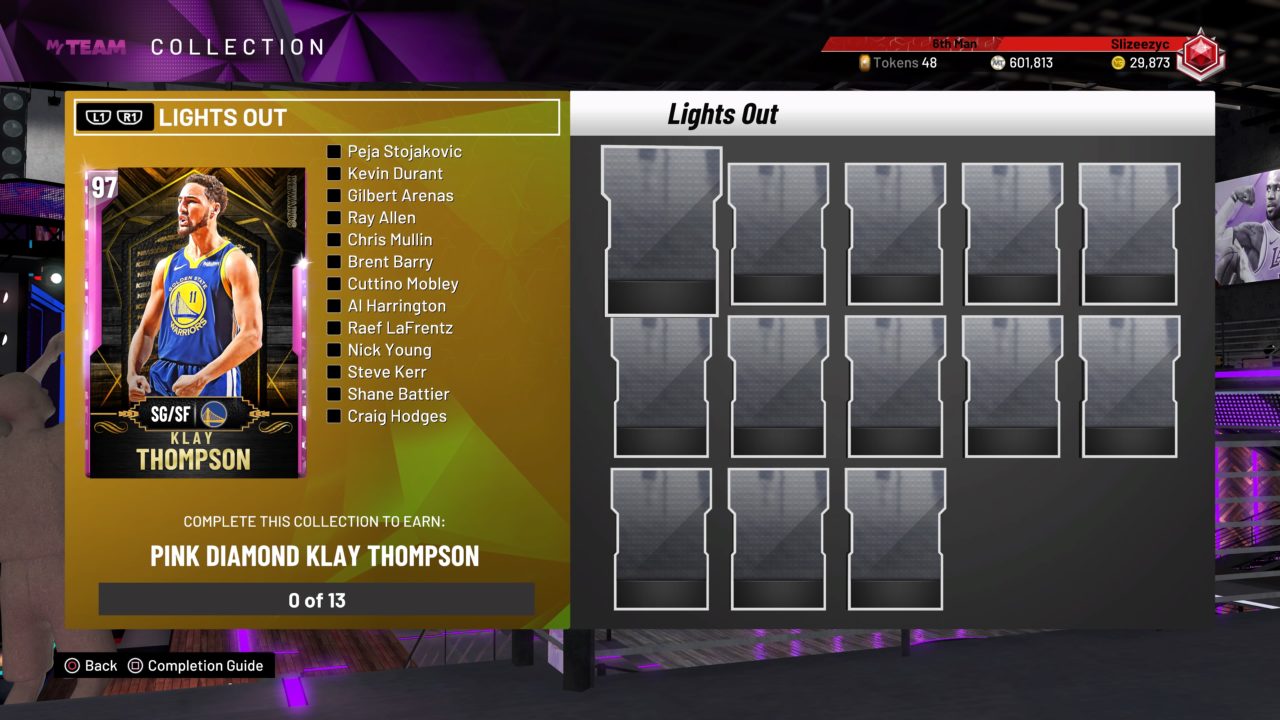 In the MyTeam update that wrapped up the week, we got quite a good set of cards released in the new Lights Out packs. They’re highlighted by a couple intriguing Evolution cards, a pink Diamond Klay Thompson collection reward and some other monsters along the way. 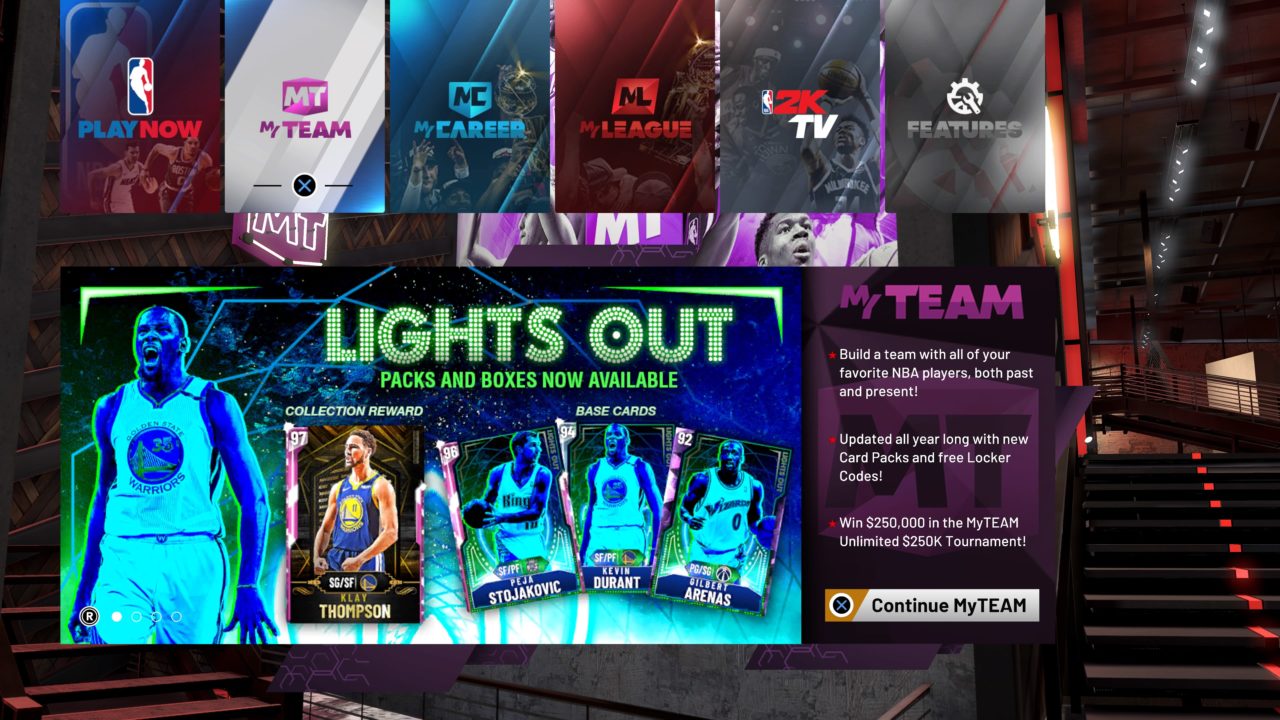 The true highlight of the Lights Out pack might simply be the number of fan favorite shot releases and the HOF Range Extender badge. In this group of players, I personally love shooting with Kevin Durant, Gilbert Arenas, Al Harrington, Klay Thompson, Peja Stojakovic, Raef LaFrentz and Cuttino Mobley. In other words, basically half the cards are good times on that front alone. In addition, the Peja Stojakovic, Cuttino Mobley (evolved) and Gilbert Arenas all have HOF Range Extender. 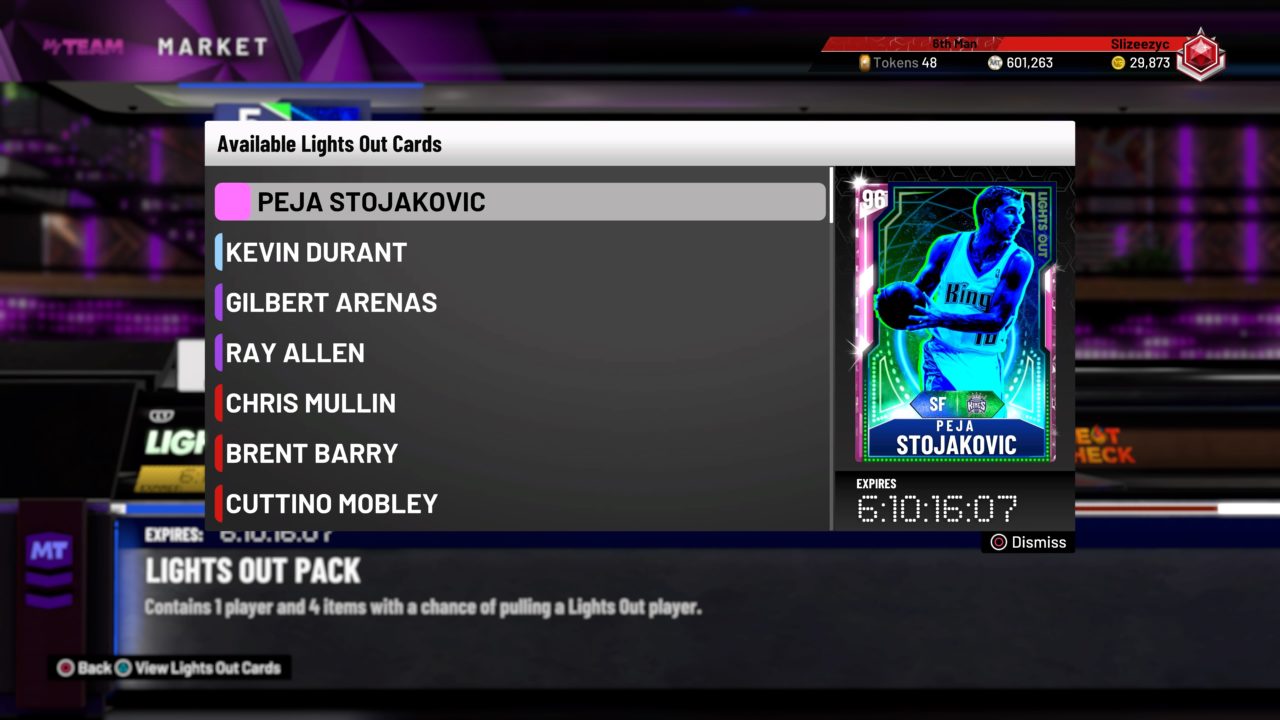 The weirdest card from this set has to the Evolution Steve Kerr. It has four upgrades and goes from an Emerald to a Diamond. The requirements are not easy or quick, but it basically turns Kerr into an extremely athletic gunner from deep, arguably becoming a top choice for PG at this stage in things. The Mobley card has a much quicker path to amethyst and HOF Range Extender. In general, there’s a lot of intriguing budget cards here, including Evolution Raef LaFrentz, Al Harrington, Brent Barry and Shane Battier. 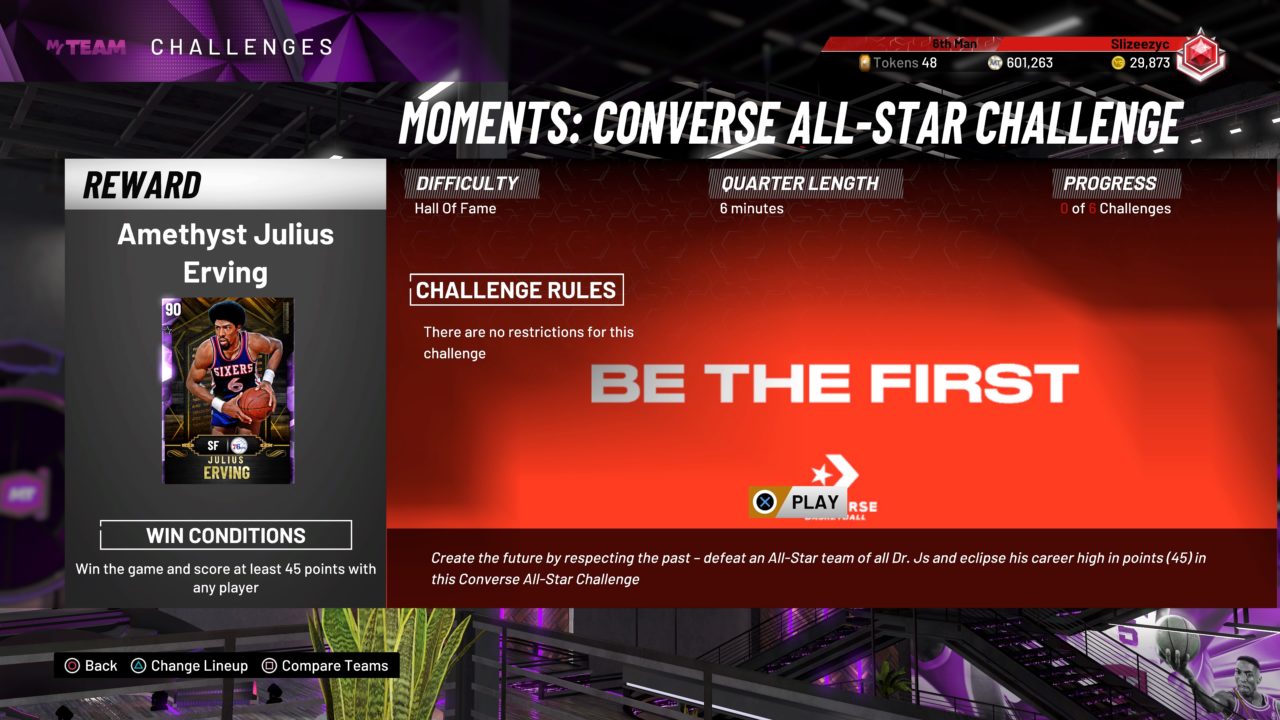 There was also a new challenge put up that involves scoring 45 points with any player on HOF to get the above amethyst Julius Erving. Most people can probably cheese their way to this reward, but the card itself is not very impressive in the current meta. 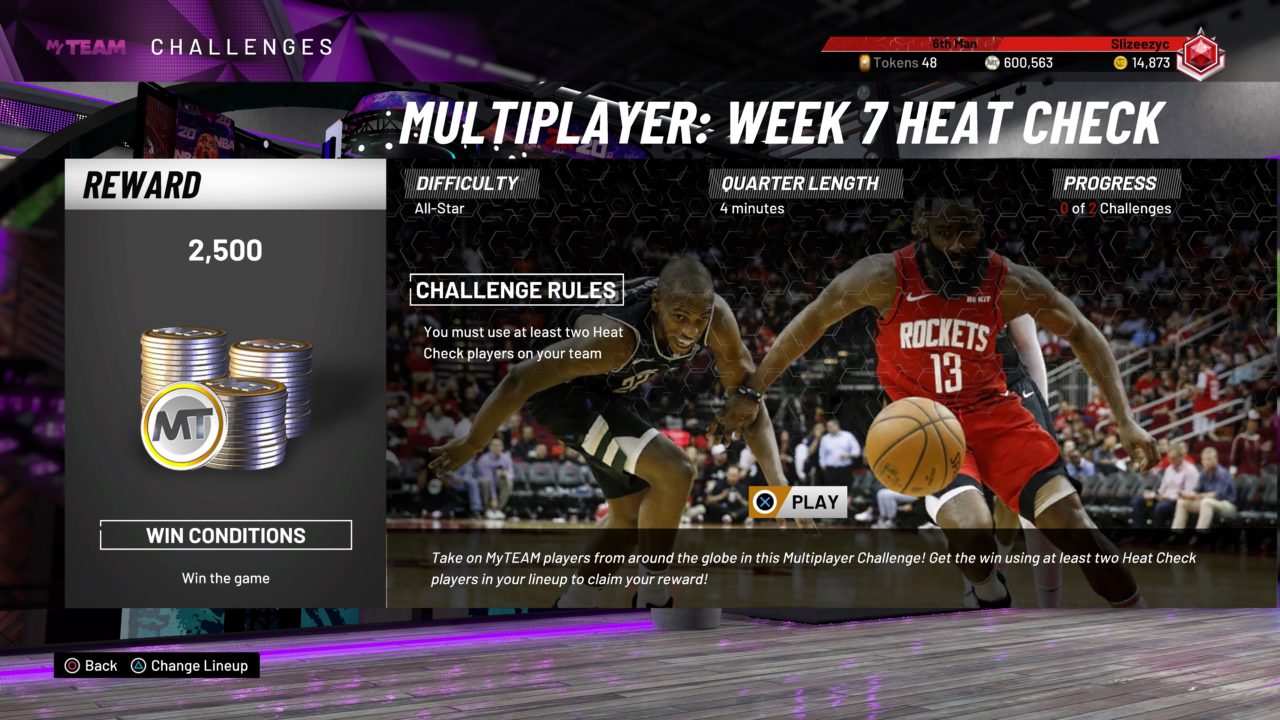 Other new challenges include two new multiplayer challenges that can net you 2,500 MT and 6 coins if you complete them. 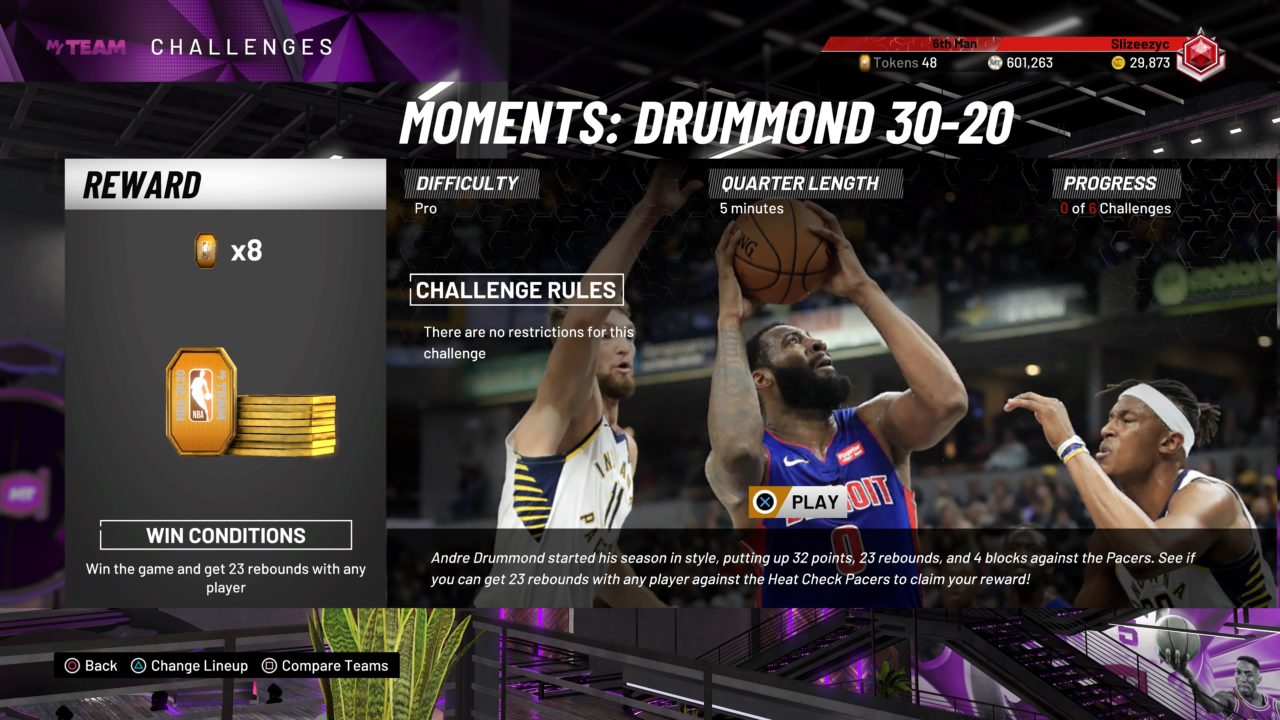 Lastly, we of course have the Week 8 Challenges so you can get another 6 coins, and there was also an update to the Andre Drummond challenge, so you actually have to get 23 rebounds with any player now to get the 8 coins. I had previously called out this bug in the last MyTeam update, and it looks like 2K fixed the glitch (sadly for those who didn’t get it done before then).