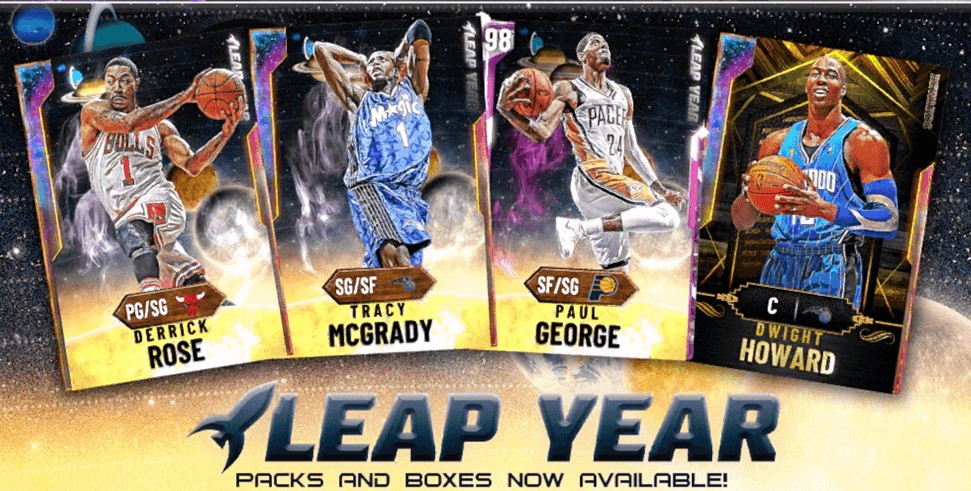 Oh baby, it’s just time to watch us all be consumed by the power of the creep. At first glance, looks like we’re getting multiple players who may now be the best at their position in the MyTeam Leap Year packs. I won’t be reviewing these cards, but may be back with some form of analysis in the coming days.

Beyond the Leap Year cards, a couple galaxy opals have been given ratings updates, and we have a new locker code.

The set reward is galaxy opal Dwight Howard, and here are the other players:

We also get a diamond Rex Chapman added to the TTO boards for a limited time:

💎 Diamond Rex Chapman has been added to the Triple Threat Online Boards for a limited time 💎 pic.twitter.com/eiSYpeAEyB

The galaxy opal Julius Erving is among a couple cards receiving badge upgrades. He goes from 18 HOF badges to 38 HOF badges to keep up with the power creep elsewhere in the game. Pink diamond Scottie Pippen and galaxy opal Arvydas Sabonis also got upgrades (Sabonis got gold Quick Draw).

Lastly, just a heads up that the weekly challenges are up for your usual dose of tokens.