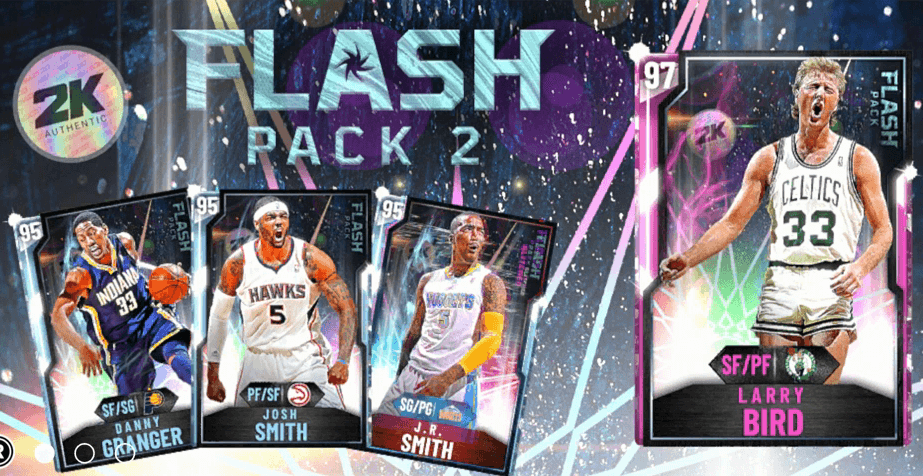 The original Flash Pack gave us Ben Simmons and Lamar Odom as some of the best cards in the game. This time around, NBA 2K20 MyTeam Flash Pack 2 gives us a couple more of the best players around. It’s fair to say the Flash Packs are already garnering an infamous reputation.

Larry Bird’s diamond card stinks, so this is his return to form with a pink diamond. J.R. Smith is the true prize here, just like Glitched Ben Simmons was the true prize in Flash Pack 1. I’m going to review these cards over the weekend, but in the interim you can take a closer look at them at 2KMTCentral. I also have a feeling J.R. Smith may be overtaking Ben Simmons as the most broken point guard in the game now.

Two other updates from today are a promo code:

🚨 Locker Code. Use this code for a chance at a Diamond Coach/Contract/Consumables pack, 5000 MTP, or 10 Tokens. Available for one week! pic.twitter.com/842tcSjCcZ

And an update to the Triple Threat offline rewards:

Getting a diamond Giannis on the board is a big deal for those grinding still.