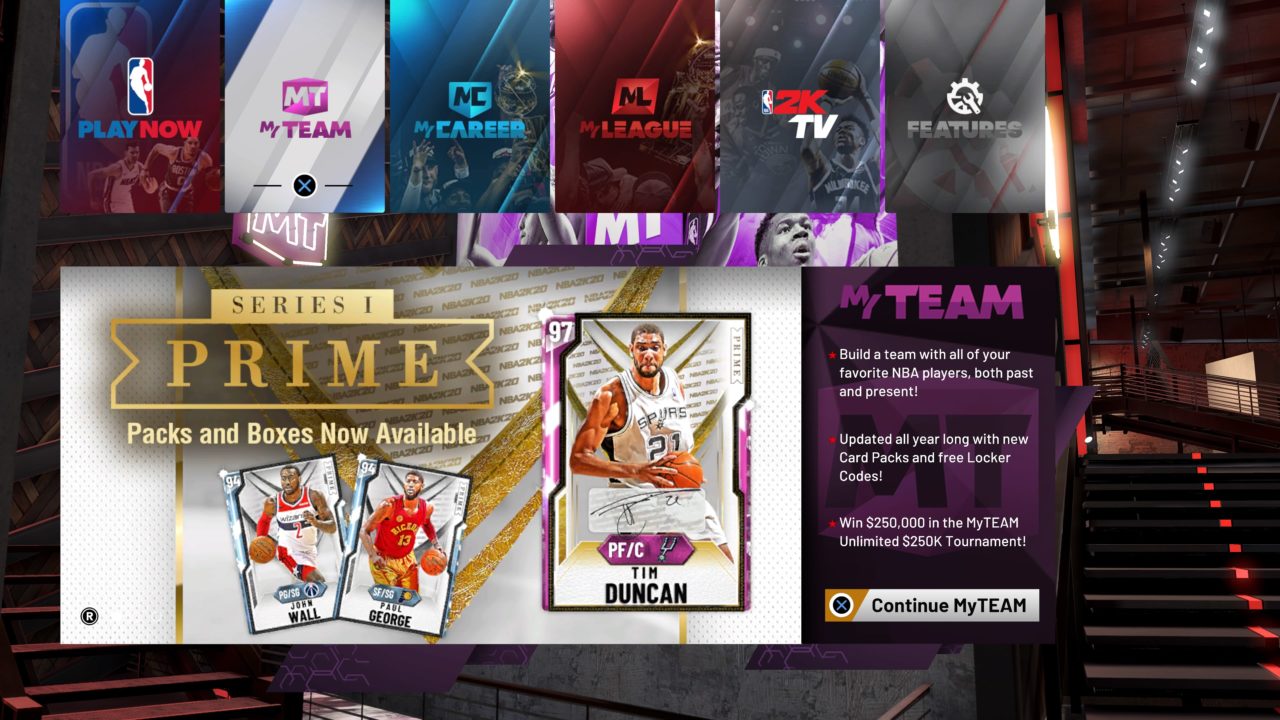 I missed the update on Friday, so this is just catching up on everything I’ve missed the last couple days. First up, we did not get a new Spotlight Series, but we did get a new Tim Duncan-centric Prime Series.

The pink diamond Tim Duncan looks incredible, which makes sense since the pack is about him. It’s an all-around monster that has 12 HOF badges and even gold Quick Draw. There are some other fan favorites in here as well. Paul George has SG and SF eligibility, so you can make a rather massive lineup if you slide him to SG. The Bruce Bowen Evolution card becomes certifiably insane if you upgrade it to diamond. It will take some doing to do that as he needs 150 steals with just a 69 steal rating. However, if you grind it out, his steal rating goes to 97 and he gets 8 more HOF badges, with some of them being very important defensive ones.

The John Wall, David Robinson and Tiago Splitter are all whatever to me. There are other Robinsons, Splitter sells for next to nothing, and there are simply better PG options than Wall. 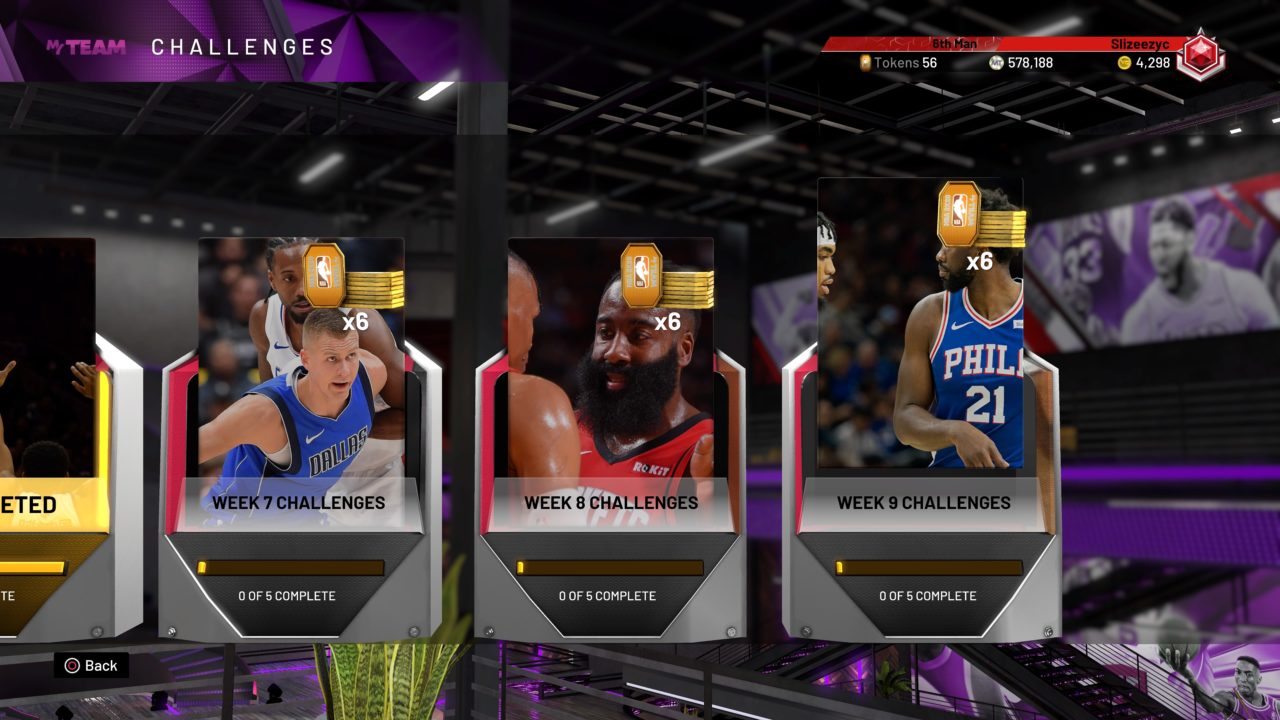 We also got the new weekly challenge. Again, this is an easy 6 tokens and some MT if you want to knock those out at some point. The monthly MyTeam Unlimited player reward for 12-0 was also updated to a pink diamond Baron Davis. The BDiddy looks good, albeit it’s a card we knew about previously. It does not have Quick Draw, but everything else about it looks rather top tier and is probably worth pursuing. I’m also just a big fan of Baron Davis so I might be a little biased.

🎃 Happy Halloween Locker Code! Use this code for two shots at guaranteed tokens. Up to 75. Available for 2 weeks until 11/14/19. This is an updated image from the previous tweet with the correct date 👍 pic.twitter.com/vEdak3oz1J

Lastly, there is a new locker code available. You get two shots at token rewards and you have until November 14 to redeem it.