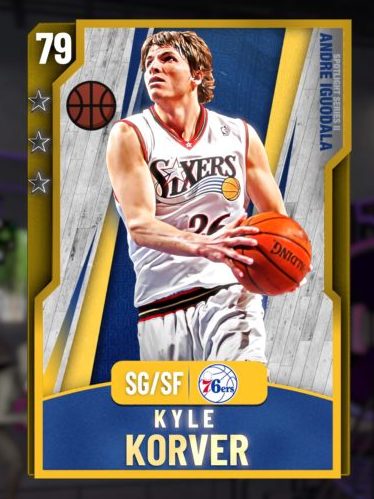 In this batch, it’s a lot of bad cards who don’t sneak into budget territory, but we do end with a very good gold card. 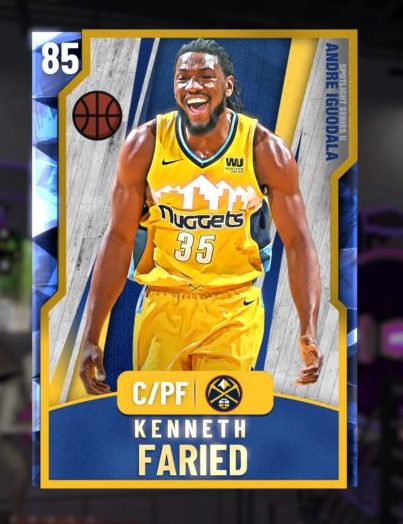 At 6-foot-8 this card is another non-starter at center, and overall, man this card is rough. It does not have any of that Faried athleticism, and he does not get any HOF rebound badges, so he’s effectively useless. This is the worst card in the set so far by far. 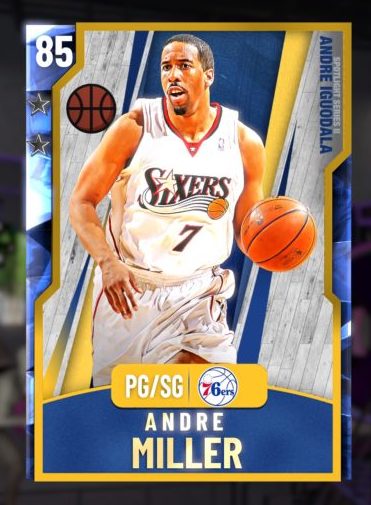 He does not get any HOF badges when he hits amethyst, but he does get gold Corner Specialist, Catch and Shoot, Interceptor, Lightning Reflexes and Off-Ball Pest.

I have a hard time wrapping my head around this card because basically it becomes a rather fast, defense-oriented PG. As an Andre Miller fan, that does not really compute with me. His post game is non-existent, and the shooting ends up being better than it really should be as well. So really he becomes a very solid PG who will be decent as a two-way player at either guard position. He will be best going downhill, but he’s not a special rebounder or someone who will take advantage of mismatches in the post even with the 6-foot-4 frame. 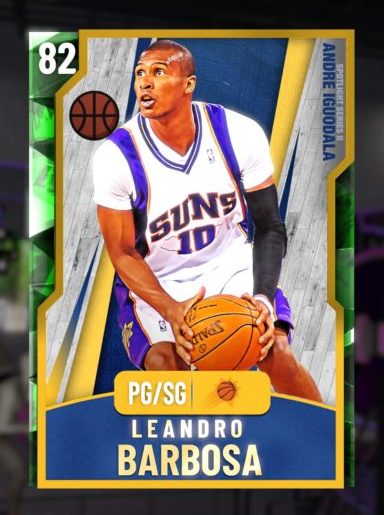 This card is purely one you get because you need him for the challenges. He has a ruby rewards card that is faster and fits more into the role you would want for Barbosa. This version is still rather quick for an emerald, but there is just no real reason to use this Barbosa. 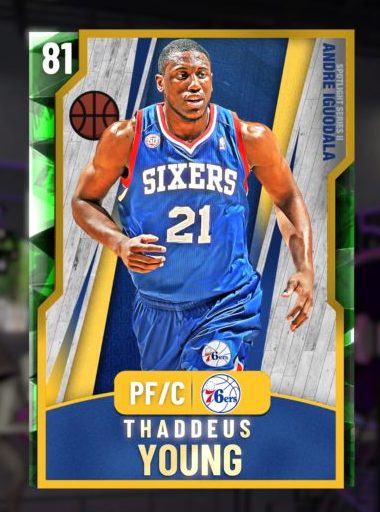 For gold badges, he has Quick Draw and Pick and Roller.

This card is odd purely because he gets C/PF designation rather than SF/PF designation. Sadly, this version of Young only has 70 speed so it does not even really make sense to play him as a small-ball center ever. I would still rather use this card than Faried, but it’s about the nicest thing I can say about it.

At the ruby level, he gets HOF Corner Specialist, Green Machine, Slippery Off-Ball, and Catch and Shoot. As a gold, he gets gold Deadeye, Clutch Shooter, Range Extender, Quick Draw, Steady Shooter and Flexible Release.

This card is fantastic. It’s an easy road to get him to ruby, and at that point he’s an unreal shooter and is not a wholly worthless defender. At 6-foot-7, that height helps him more easily play SF, and thus makes him a little easier to hide than the Redick from the last batch of cards. It’s usually good value upgrading lower tier evolution cards, and this one is no exception.