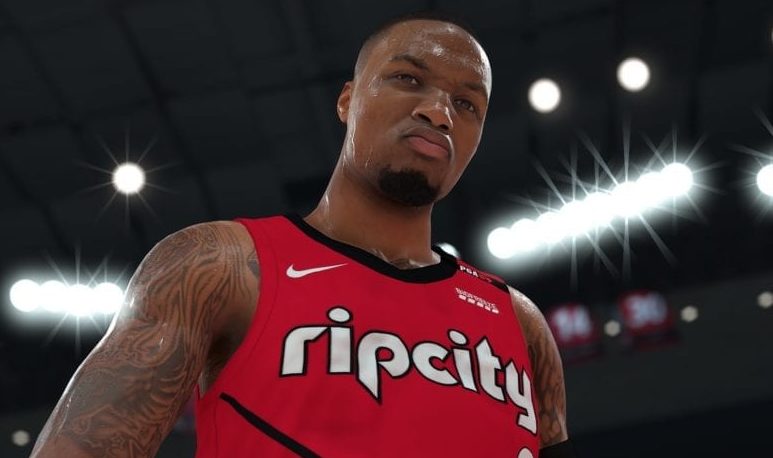 One of the best parts about iconic video game franchises is how different people can love the same game but for completely different reasons. A Super Mario fan on one side of the world might be super dedicated to finishing each level completely, insisting on collecting every single coin and bashing every last goomba into the dirt. On the other side of the world resides another Super Mario fanatic whose singular focus is completing the game in the shortest time possible. Same game. Two different super fans with two different experiences with that game.

The same holds true for me and my beloved NBA 2K. While I can’t say I’ve bought the game every year, I distinctly remember purchasing a Dreamcast and the original NBA 2K after an in-store recommendation from an FYE employee. I couldn’t imagine a virtual basketball world outside of NBA Live or NBA Jam, but he insisted it was the best hoops game he had ever played. After just a short time with the game, I knew he was right all along. And I’ve been hooked ever since. 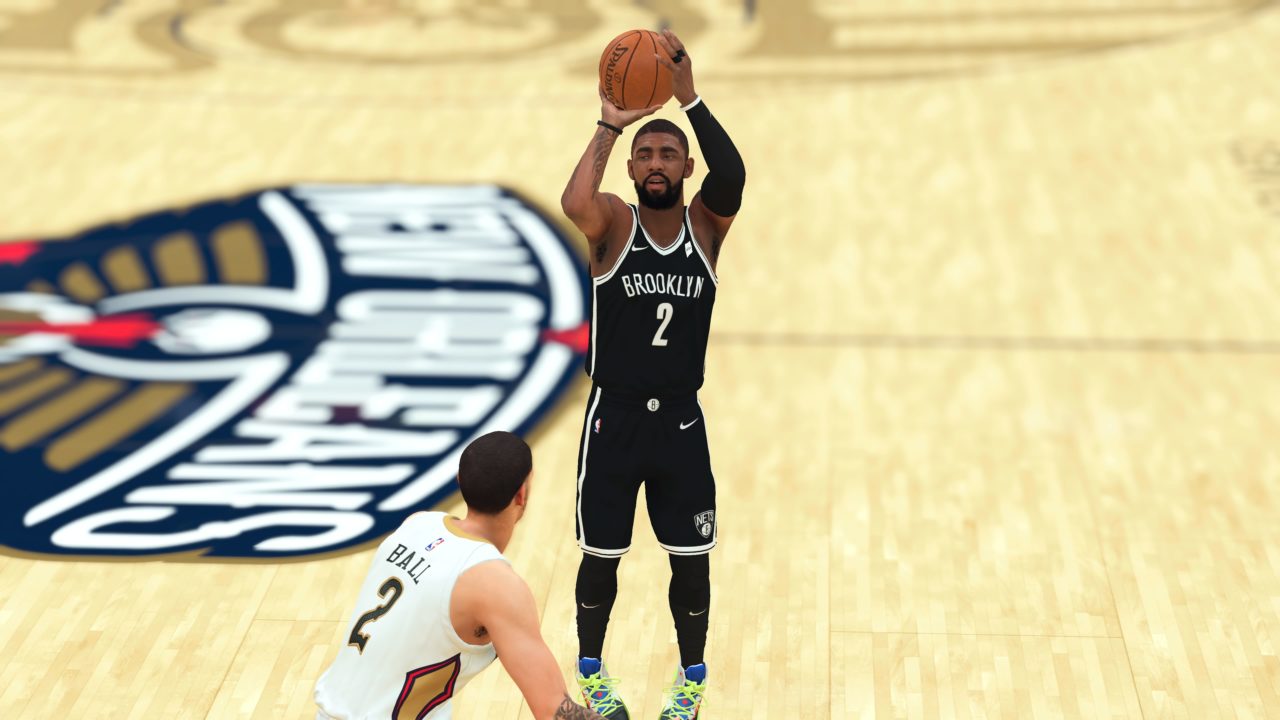 During a brief sports game respite over a decade ago, I distinctly remember receiving NBA 2K11 as a birthday gift. Since that time, I’ve purchased every release without fail. The 2K series has had quite a run, all the way from the scrappy, start-up underdog basketball franchise, to overtaking NBA Live, to essentially killing the Live franchise on its way to franchise dominance. This was all followed immediately by the inevitable microtransaction money grab (of course).

And that’s the state in which we 2K fans seem to currently exist. Most 2K articles are followed by a litany of negative comments, largely about microtransactions and frustrations with online modes. The funny thing is it’s even impacted my view of the franchise, and I don’t really touch any of the modes that are affected by those particular negative comments.

Which brings me back to my original point: Everyone can have a different style of play when it comes to video games. And for me personally, although I do enjoy a good simulated franchise or even solo exhibition games against the computer, my favorite way to play is with one of my good friends. In fact, we’ve been doing so regularly since NBA 2K12.

That fact isn’t particularly unique. I mean, who doesn’t love playing video games with their friends? But for us, our NBA 2K battle nights have reached legendary, epic status. What started as a few games here and there eventually morphed into weekly contests. And somewhere in the middle of all that, we’ve developed an unofficial system. Or, more accurately, an unofficial set of rules that we both follow.

A weeknight matchup is typically one game, while a weekend matchup would be at least two, perhaps up to four games, and yes, of course we keep score. A few days before game day, we’ll exchange some texts where we agree to certain matchups. Someone will eventually pick a set of teams, an amount usually higher than the number of games we’ll play, and the other person will follow up with their selections. 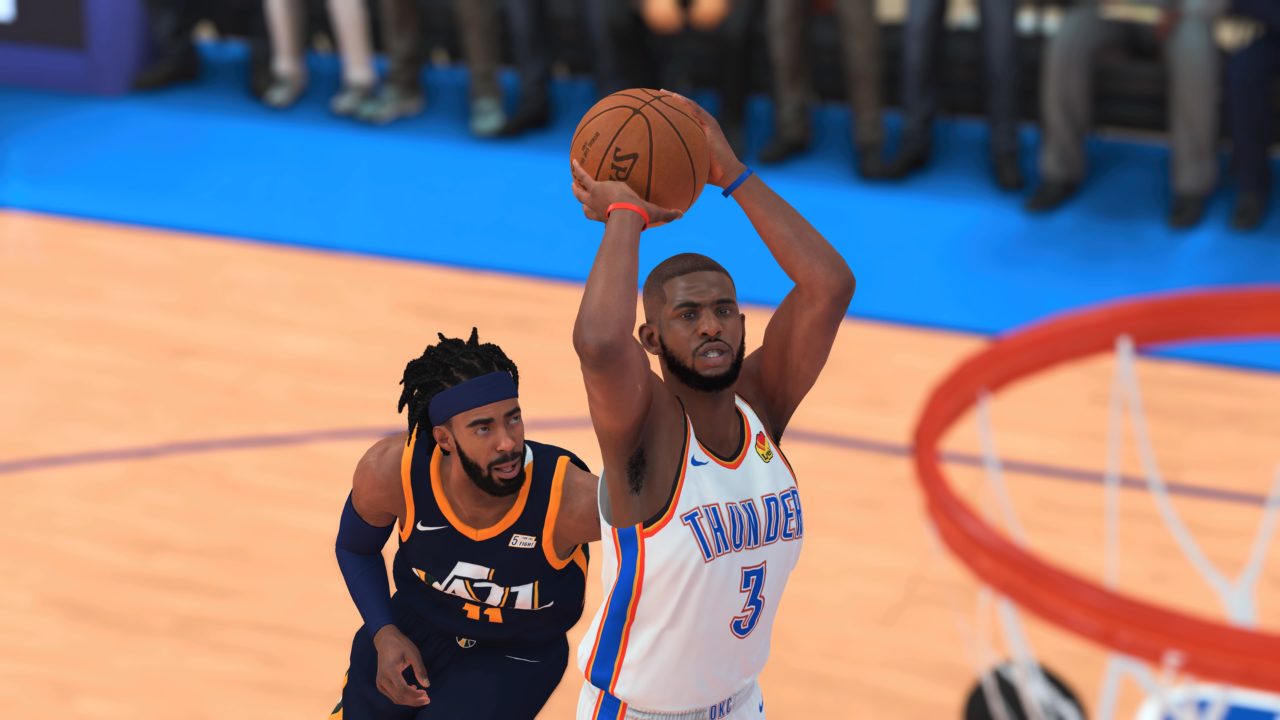 Once game day arrives, we agree to a set of matchups, figure out the home and away designation, and of course assign the appropriate uniforms. We always play 12 minute quarters with all of the regular NBA rules applied. In addition, aside from the first few weeks after release, we always use a slider set from the OS forums. For the past few years, including this one, we’ve used Schnaidt1’s and they work really well.

As for rosters, during the season we’ll use the official 2K roster, but we never factor in any injuries. It’s a chore to make the injured players healthy one by one, but since the 2K injury-free roster inexplicably omits the ratings updates throughout the year, this is the best option we’ve found. During the offseason, particularly after the draft and free agency, we’ll use a roster set from the forums as well, which is actually more convenient since the best roster sets don’t include injuries. So for us, Kevin Durant has already made his Brooklyn debut.

Playing online can be fun, but nothing beats being in the same room with the person you’re competing against. League Pass is always a button press away if a certain games call for attention, or if a beating is so severe that a break is needed. Trash talk is, of course, kept to a maximum. So are name-based puns after a big play by a certain player. “You can Luka but you can’t touch” definitely doesn’t feel as good typing out here as it did when I verbalized it last week, but that’s okay.

Neither of us are big on calling plays — we let the AI coaches call them — but everything else we handle ourselves, and we try to keep it as realistic as possible. Many games have yielded extremely unrealistic results, but for the most part, the aspect I enjoy most is how it feels like an actual NBA game. You have to be strategic with your substitution patterns and smart about playing to certain matchups on the floor. I enjoy the drive and kick out for a three, but if my team is awful from beyond the arc, I have to adjust. 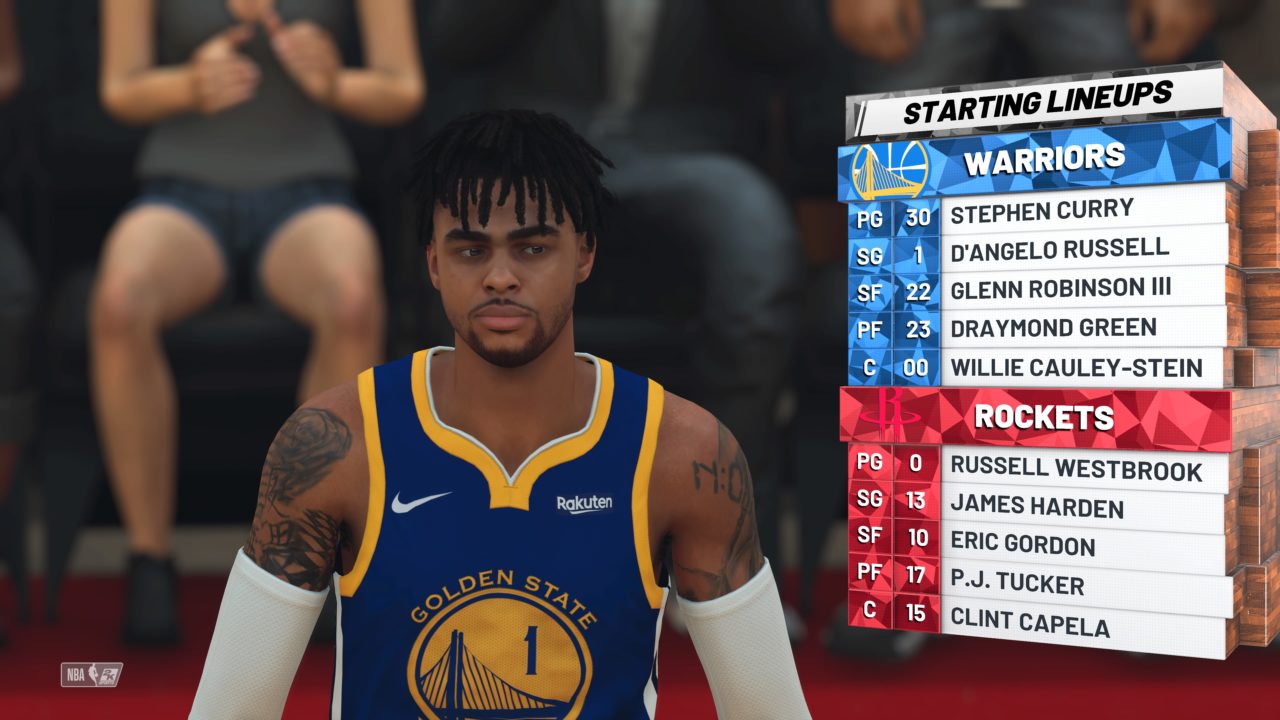 I wish I kept all of the records since we started playing, but only the current season is kept. And throughout all of the years, we’ve remained remarkably close when it comes to wins and losses. For example, as of this writing, I am in the lead on NBA 2K20, but by only one game. I remember that he beat me overall in NBA 2K19, and vice versa for NBA 2K18. During each release, I don’t think there’s ever been a gap bigger than five games.

And as the 2K franchise has evolved, so have we and so have our 2K battles. Weekly battles have turned into bi-weekly or even monthly contests. The four game nights have been replaced by two game nights. Hey, advancing age and children will do that to any woman or man.

But that’s what I love most about NBA 2K. Despite some negative changes, the core game is still a lot of fun. It receives a lot of warranted scrutiny based on where a lot of the focus goes these days, but even if there are valid gripes every year, it’s still a phenomenal basketball game. I don’t really mess with MyPlayer or MyTeam all that much, so I get to avoid most of the money grabs and online frustrations as well.

What I’m left with is a great game of basketball, aided by great friends and great forums.

That’s the way I play NBA 2K. How about you? What about other franchises like Madden or The Show? What do you enjoy most about those? Let us know in the comments below.