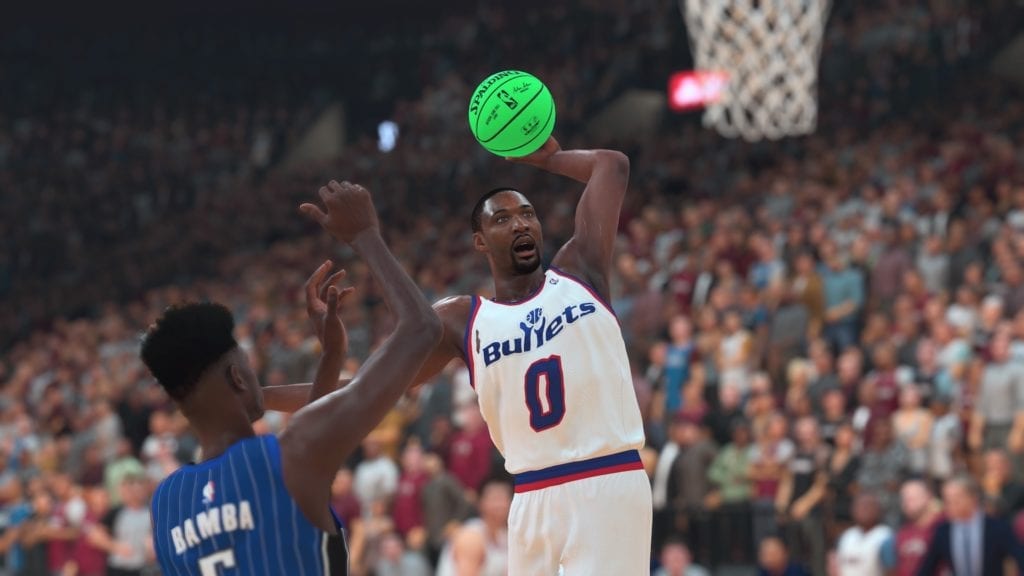 I’m not a huge Gilbert Arenas fan, but was feeling lucky and decided to open a few packs on Arenas Day. Well, guess what, I actually pulled the pink diamond! (To be clear, it’s the regular PD not the limited-edition one, but pretty cool nonetheless.)

If only I could use it. 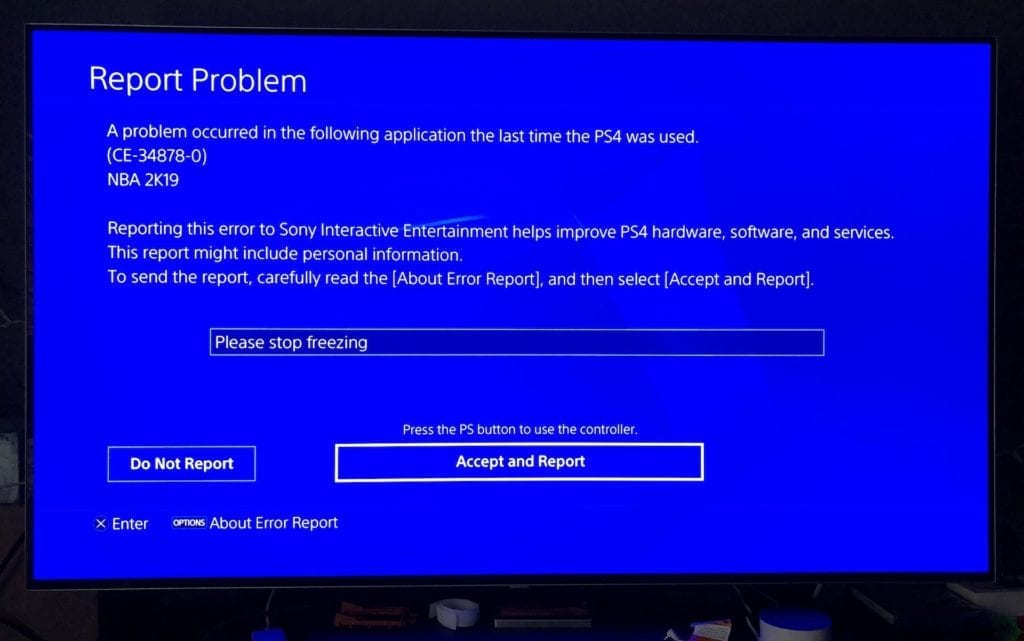 Yeah, I keep getting weird freezes during the game. Not from normal pack-related server issues I don’t believe, because it’s actually happening during gameplay. Sometimes with 30 seconds left in the 4th quarter, sometimes 30 seconds into the 1st quarter, or sometimes after a game is over and I’m just trying to exit back to the menu after tallying up my MT. And I hate it waaaay more than any online lag issue or LeBron promo nonsense.

This started a couple of weeks ago (around the latest patch, maybe) and has been getting progressively worse. Now it’s to the point where the game is literally unplayable. Well, an actual basketball game, I mean. There’s no problem navigating menus, working the auction house or buying VC.

My 2K Support request has fallen on deaf ears (I’m sure they’re pretty busy right now, but still). And based on other user experiences that I’ve read about in forums or on Twitter, I won’t be holding my breath. Losing the contracts is definitely annoying, but it’s mostly the lost time that really pisses me off. Especially if I’m playing a great game of Domination, which takes nearly 30 minutes, and the game freezes with literally five seconds left in the 4th.

So yeah, I can’t really speak to the awesomeness or lack-there-of of my new pink diamond Gilbert Arenas. Not to mention the other new cards that I’ve gotten recently and have barely used. 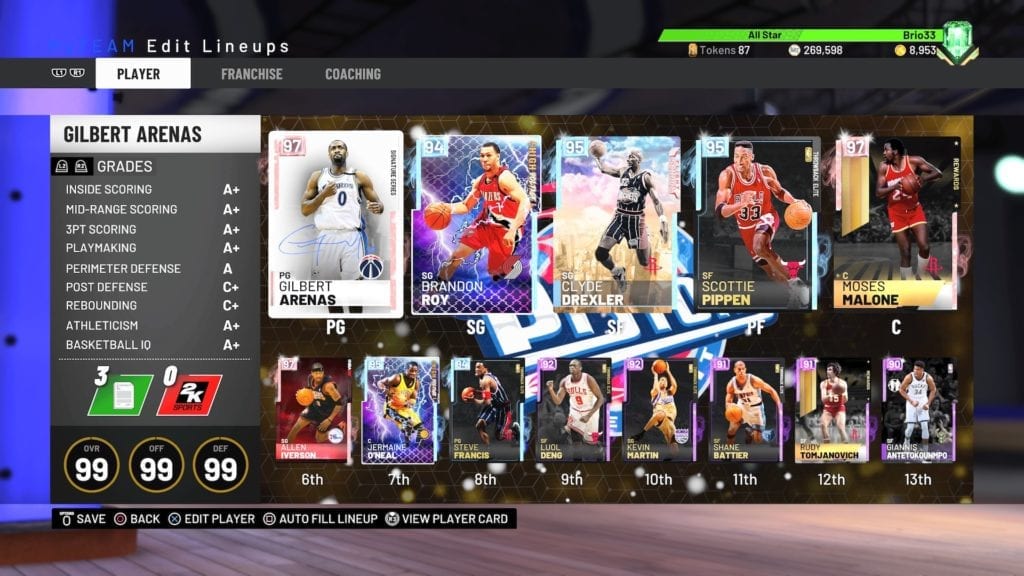 This is my lineup at the moment. On paper, I feel pretty good about it.

I’m prognosticating that in the long run, Gilbert will be sold (he’s going for about 200K in the auction house right now), and Steve Francis will be my ultimate starting point guard. They are similar players, actually. I just wish Steve had some of those sweet hall of fame badges.

I’m also really excited to (some day) run with Iverson more. I loved his diamond card last year, and I actually got this PD (with an infinite contract) for 95K during the Pink Diamond Locker Code Fiasco of 2018. Here’s a great video I watched recently that sums up the situation nicely, for those who might be new to 2K (Merry Christmas new people, and welcome to the clown show) or are just unfamiliar.

Then there’s Scottie Pippen. I acquired him when the Jordan Anniversary Packs dropped. I bought him for 85K and love him to death. He’s the tip of the spear for my defense, and does his job perfectly each and every game (again, with a small sample size). I also got the amethyst Luol Deng around the same time, and he’s a fantastic 3-and-D budget beast. I would put him right up there with amethyst Jimmy Butler and Draymond Green, both of which I sold, but will probably buy back during the next market crash. 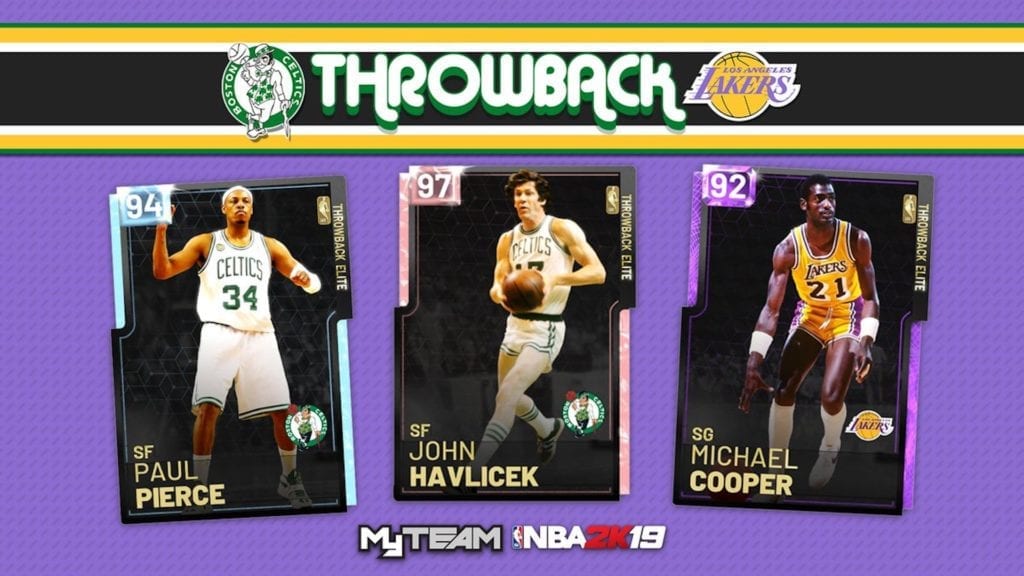 Finally, these new Throwback Elite cards look pretty great. Elgin Baylor and John Havlicek’s diamonds from last year were top notch, and I’d love to try their pink diamonds this year at some point. I haven’t found a good enough deal yet, but will keep shopping as that’s basically the only thing I do in NBA 2K19‘s MyTeam mode right now.

Hopefully a patch is on the way, or at least 2K Support will get back to me soon. Either way, something has to change. Are any of you having similar problems? I think I’m going to try re-installing the game to see if that helps. But in the meantime, maybe I’ll check in with NBA Live, haven’t played that in a minute.

It is Time to Answer the Question: Should You Join an Online League?
NBA 2K19 Roster Update Details (1-10)