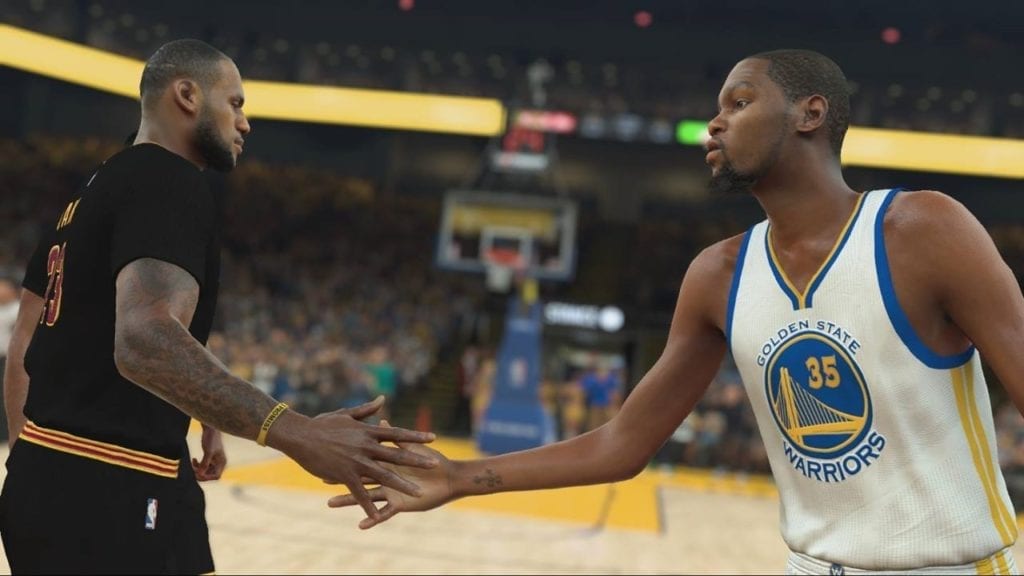 Another iteration of NBA 2K has been played nonstop by many, and the masses have both expressed their joy and disappointment. Now that the year-end rewards have wrapped up and we’re in a new year, let’s recap and see where we’re at to date.

What Did The Game Do Right?

NBA 2K17 takes several large strides in the right direction to ensure that the series will stay and remain as the top basketball sim for the foreseeable future. The game looks fantastic. Player models are pretty close to their real-life counterparts, and this year that actually matters in terms of physicality and contact.

All game modes were upgraded to some extent. MyCareer’s storyline is well done on a basic level, and the additions to the mode have left many still playing it to date. The sheer depth alone of MyGM/MyLeague is ridiculous. Expansion teams on its own makes these modes more fun and intriguing. All in all, the game has improved in these areas year over year.

What Did The Game Do To Change The Genre This Year?

NBA 2K17 is the sole provider of sim basketball this year, but we still received a fully loaded product. In terms of changing the genre, the game made some large strides in terms of physics, and improving animations and ball mechanics. The 2K team also made sure to bring the realism of the real NBA into the game in regards to salaries, trades, potential rule changes and draft picks to name a few things. This is definitely a change that was welcomed by all NBA 2K fans, and NBA gaming fans alike.

What Did The Game Really Mess Up?

One of the biggest complaints we’ve seen to date is in regards to the newly implemented “archetype” system for your MyCareer player. Some archetypes were seen as “too powerful” and so they were nerfed (a term in the gaming community used to describe reducing the effectiveness of the given item/stat/type etc). This in turn caused frustration among many players that had already invested time (or money) into their MyCareer player, as the strength of their respective archetype was tuned down. Players also voiced frustration with the shooting mechanics, which caused a tuning in the shot meter. After this, fewer perfect releases were seen, to the point where complaints were made that the shot meter was broken.

One other area that is almost infuriatingly messed up in NBA 2K17 is the VC system, the in-game currency system. Games over the last few years have made in-game currency a larger component involved in being successful in the respective game. This almost always involves using real life money — paying to keep up pretty much. It’s almost certain that most players that were playing NBA 2K16 accumulated 50K or more of VC before NBA 2K17 came out. Frustratingly enough, all this currency does NOT transfer over to the next year’s title; you start all over again.

VC is most important when it comes to MyTeam or MyCareer; it’s one of the ways you can buy card packs, and the only way to improve your player’s attributes in your career. Loyalists to the series should be rewarded for coming back to the game after grinding so hard the year before. Even implementing some sort of system where a player would get 20 percent of their previous year’s VC total would be fair.

What Did This Game Do Differently?

The development team over at 2K Sports made sure to stick to the tried and true formula of ridiculously detailed sim basketball. Although many gameplay changes were harder to define to those who had not constantly played the game last year, the changes made were fresh and well received on the whole. Fine-tuned controls, an expansive dynasty mode and a fresh career story weren’t wholly different from last year either, but it’s hard to deny they didn’t get better as well.

NBA 2K17 has its issues like any other game in the sports gaming genre, but its completeness and value arguably make it the best sports game released in 2016.

NBA2K Expansion MyGM E4: What does MyGM Look Like in Season 2?
The Best Young Players to Sign in NBA 2K17: Point Guards