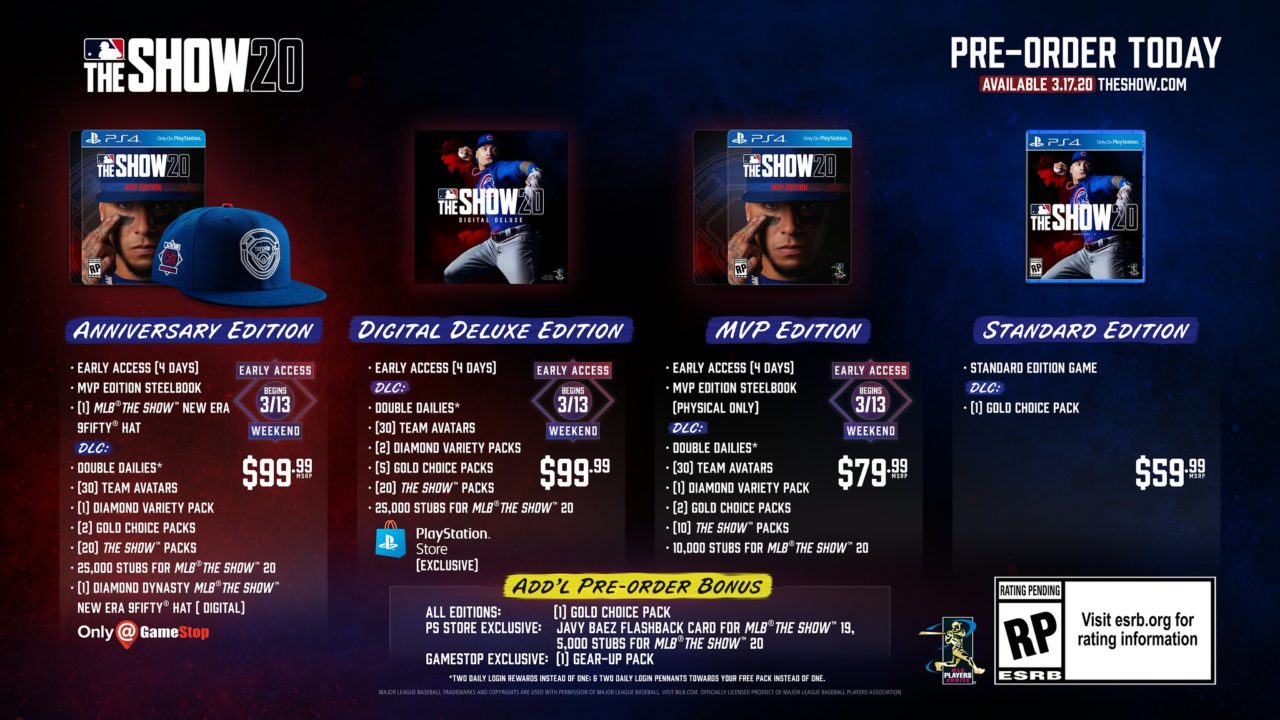 Not only was Javier Baez announced earlier this morning, as the MLB The Show 20 cover athlete, but Pre-order bonuses for MLB The Show 20 were also revealed. You can take a look at the details below.

While the game officially releases on March 17, 2020, those of you that pre-order any of the collector’s editions: MVP Edition, the GameStop Exclusive 15th Anniversary Edition, or the PS Store Exclusive Digital Deluxe Edition, will get access to the game four days early, starting on March 13, 2020, for Early Access Weekend.

Before getting to the MLB The Show 20 pre-order bonuses, GameStop has posted a few little details… (Nice find, MrArlingtonBeach).

MLB The Show 20 is what baseball dreams are made of. With new ways to play, greater customization, and more exciting new paths to rake in rewards—this is the biggest and best Show ever. Write your own baseball legacy in an expansive RPG experience, or build and manage the team of your dreams to face intense online competition. The Show 20 is your ticket to play America’s pastime your way. 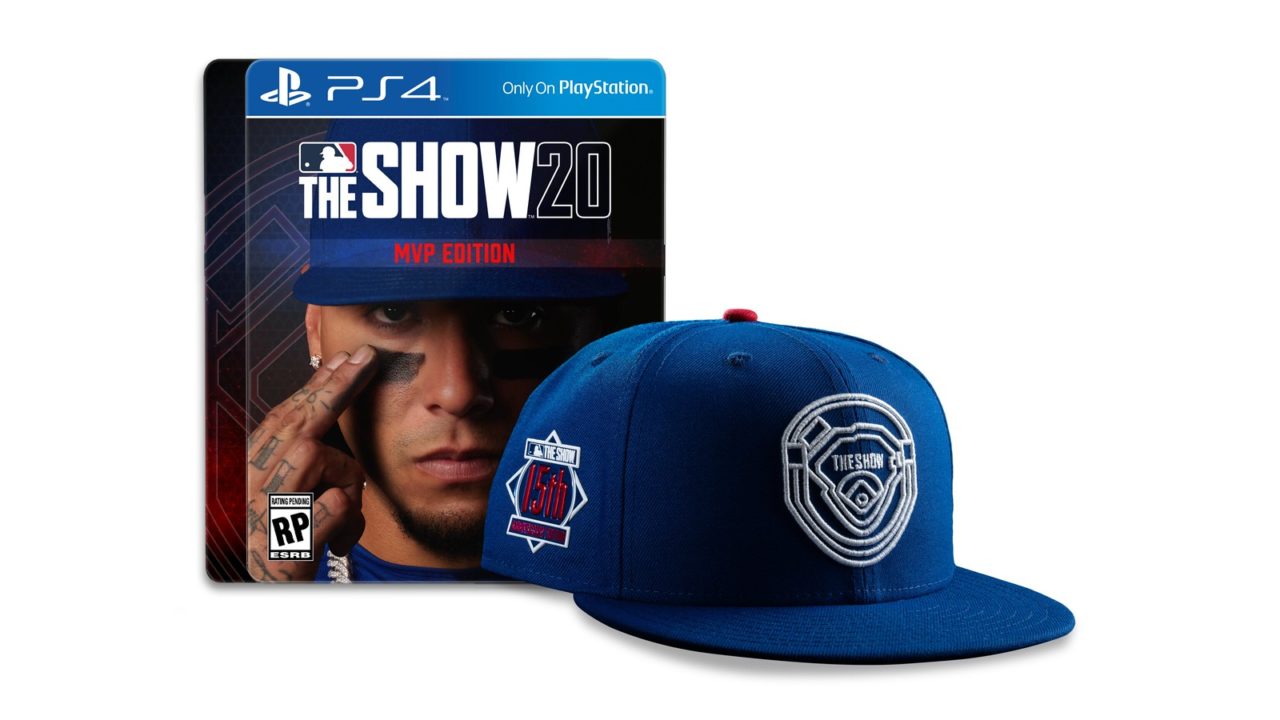