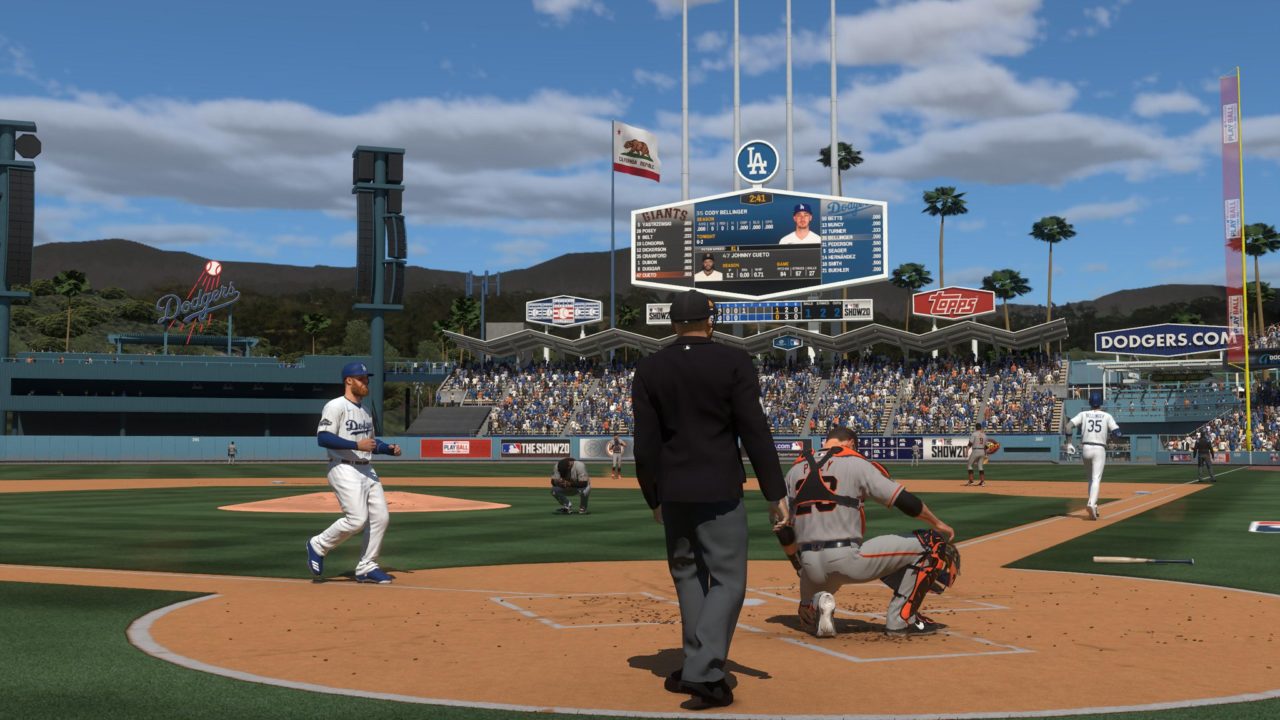 These are tough times for everyone. Game development and team collaboration is more difficult than ever with the social distancing measures currently in place. The inability for a development team to collaborate and innovate quickly is proving increasingly difficult. The ability to bounce around code, files or even ideas for that matter is challenging. That being said, the point remains that fielding right now in MLB The Show 20 is in a rough spot.

The MLB The Show Players League tournament has been a blessing and a curse for San Diego Studio. On one hand, there has never been more attention paid to their product. The best ballplayers in the world are playing their game and streaming it for everyone to see and enjoy. It’s been put together in a way that makes it more enjoyable than the NBA 2K player tournament, and that is a credit to SDS, MLB and the players involved.

The highs have been high and the lows have been low. The dialogue taking place between players during games has been a marketing coup for Major League Baseball as well. As a whole, the tournament has been a plus for everyone involved.

the clip everyone needed to see.

But for the MLB The Show community, the tournament has also provided insights into issues they already knew existed. It’s placed an enormous spotlight on some of the shortcomings the game is currently dealing with.

After an encouraging launch full of gameplay improvements and new content, the game has deteriorated at times into broken animation chains and generally frustrating gameplay in the field. Worse yet, the gameplay issues are no longer limited to online play. Offline play has received a heavy dose of gameplay warts as well. One month post-launch, gameplay patches seem to be doing more harm than good.

Indeed, the first month of MLB The Show 20 has been a frustrating one. The recurring patches deployed to fix problems only seem to exacerbate issues within the confines of the digital diamond. San Diego Studio dealt with a similar trajectory in MLB The Show 18 when patch after patch was pushed out to fix servers and online hitting, only to finally (arguably) right the ship a couple months after launch. By then, irreparable damage had been done to the reputation of the game, already permanently stamping a negative experience into some people’s minds.

The hope is that will not be the case in MLB The Show 20. The game undoubtedly has a strong foundation. In fact, at launch the game felt really good. It was smooth. Hitting was solid and consistent at most difficulty levels. Pitching was far more demanding and temperamental, but felt consistently challenging for all users. Aside from the occasional throwing meter glitch and outfielders failing to catch fly balls they were arriving to, the game felt stable. Those aforementioned issues surely had the potential to cost the user a game here and there, but not so much to induce rage. That is no longer the case.

In the field, the issues are loud and prevalent. Outfielders still struggle to lock onto fly balls, but now seemingly at a much higher clip. To worsen the issue, outfielders sometimes lock onto fly balls too early with improper animations. The animation lock results in a situation that doesn’t allow the user to properly get under the ball, causing the ball the hit the ground.

When the outfielder does get to the ball just in time, occasionally the ball just hits them in the face or chest and drops to the ground. Making the situation worse, the defender just stops trying, staring at the ball until the baserunner has advanced several bases, often causing multiple runs to score.

This was a HR…. Cost me another loss. @MLBTheShow is a dumpster fire right now.https://t.co/XSfvfZTObW pic.twitter.com/PQ4x6FZTg0

While this represents a pretty severe glitch, animations chain problems are something different entirely. All too often a ground ball is hit into the outfield and the outfielder gets stuck in an animation that causes them to take several seconds to gingerly throw the ball back in. Anybody that plays consistently knows what this looks like and can comfortably advance a base. This is not a case of momentum. We’re talking about an outfielder simply standing in the outfield, exhibiting pointless motions that don’t get the ball in or advance the play in any way, shape or form.

A lesser issue in the field, there’s now situations where infielders simply miss balls hit right at them. These are not difficult ground balls we’re talking about — these are slow choppers or routine backhand plays that slip right above or below the fielder’s glove. This is understandable as an error for a poor fielding defender, but we’re talking about gold and diamond infielders here. It’s clearly a glitch.

On the basepaths, directing baserunners is harder than ever before, and sometimes entirely unresponsive. To add to the headache, the emphasis in momentum on the basepaths makes it almost impossible to send a runner back to the base if they overrun it. This mechanic isn’t necessarily as “broken” as the fielding — it might even be working as intended as it’s arguable how much this component is even “broken” — but it is frustrating and unrealistic to the point it feels like a feature that just needs some tuning. Elsewhere on the basepaths, leading off is a futile effort as runners almost always get picked off (this isn’t new), and stealing bases with players that are not 90-plus on the speed and baserunning scale is a hapless exercise that almost always leads to being thrown out.

That being said, this is much more frustrating in offline play than online as the AI just does not have the same weaknesses as humans. People so often pitch with the same cadence online that a majority of the time you can steal bags even with slow baserunners because you can time the jump. This is a good part of the mechanic as it shows your opponent can’t just fall asleep on the mound and simply pitch with the same timing over and over again. The cat-and-mouse game still exists here.

(To be clear, we’re pretty sure the above clip is Hunter Pence user error as we’ve done the same thing before where we put our controller down and the trigger accidentally hits the table and stops the runner in his tracks —  as designed and intended. Still, tough break for Pence.)

At the end of the day, MLB The Show 20 has all the building blocks of being a great game. The content team continues to make the most of a really terrible situation without the sport of baseball actually taking place. The team continues to push out good content, supplying the community with good reason to return to Diamond Dynasty on a weekly, if not daily basis. Still, it does feel as though the game is one or two (good) patches away from being a consistently fun product. Until then, players will have to deal with the good and the bad as they navigate their way through both online and offline play. San Diego Studio has never given up on a game mid-cycle, and MLB The Show 20 will be no different. With a little patience and understanding, this too shall most likely pass.