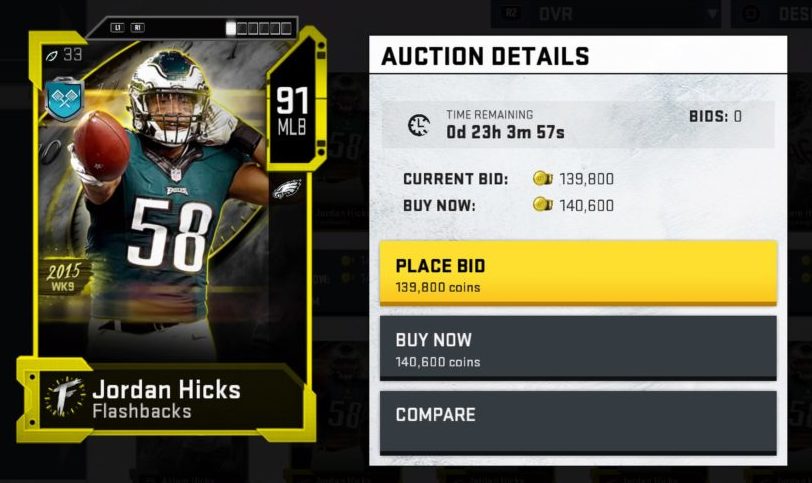 The Madden team dropped a little Salary Cap info on us today for Good Morning Madden, and we also got our usual batch of Flashbacks. However, I want to first start with the last Limited card that went up over the weekend. 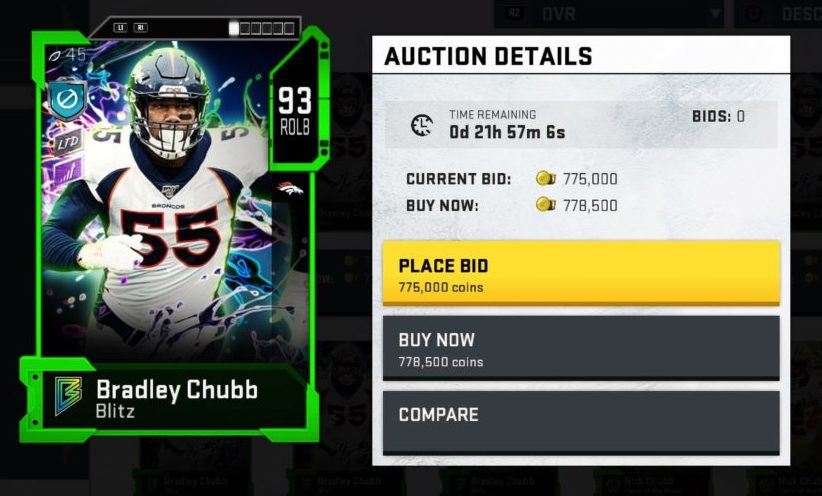 I know Chubb already has fans based on his Team of the Week card, but this version is even more awesome. He’s been great all season so he deserves this card, but it really does stand out. His abilities may be a little handicapped due to being a run stopper archetype, but he’s got good speed, terrific overall run attributes, and his base pass rush stats are quality. He’s not going to reach the status of some of the NFL 100 guys, but he’s a slam dunk on a Broncos theme team, and he’s overall just a great looking card. A terrific card if it’s the last Limited we get for Blitz. 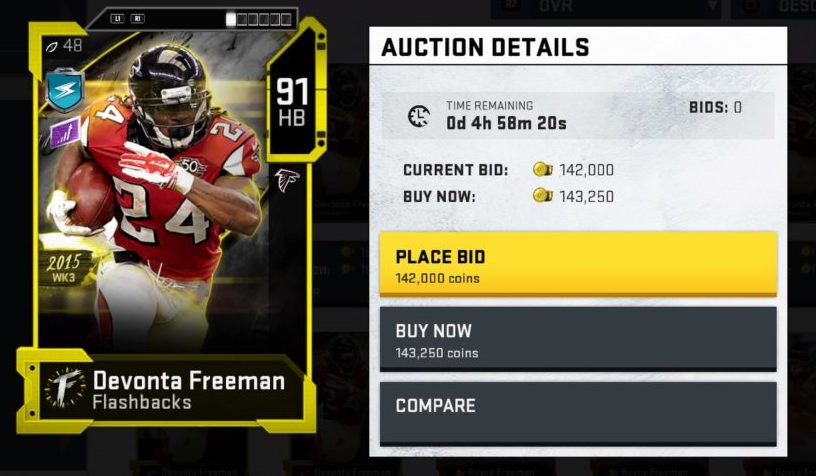 It’s tough out here for Freeman right now. He’s got the NFL 100 guys to compete with, and he’s not even a slam dunk on a theme team either. His 83 carry will certainly scare some people, and rightfully so because fumbles are a big part of MUT with all the big hitters out there. I would expect Freeman’s price to continue falling because he’s just not good enough to stand out in really any scenarios. This also goes for pass plays where nothing really stands out either.

Hicks is another tricky one. I think he still plays on an Eagles theme team, but his 83 speed is not great for user control, and the 61 block shed means he’s really shaky dealing with the run. That being said, he will be competent sniffing plays out and should be okay in pass coverage, this just is not quite what I would want out of a base 91 overall.

Overall, these changes should be good for the mode, but I would like to see even more emphasis placed on cap hits for abilities. There are so few people who care about all but very specific abilities at the top level, so I think making those specific ones very expensive would probably help balance things further. That being said, MUT is one of the few card-collecting modes that has tried to institute a cap so at least they’re trying to find a balance. I continue to hope other games implement a similar mode at some point.

These changes should hit on Friday. The development team mentioned all Salary Cap events will have to be reset to make these changes work, so you will need to wrap up anything you’re doing in that mode by then.