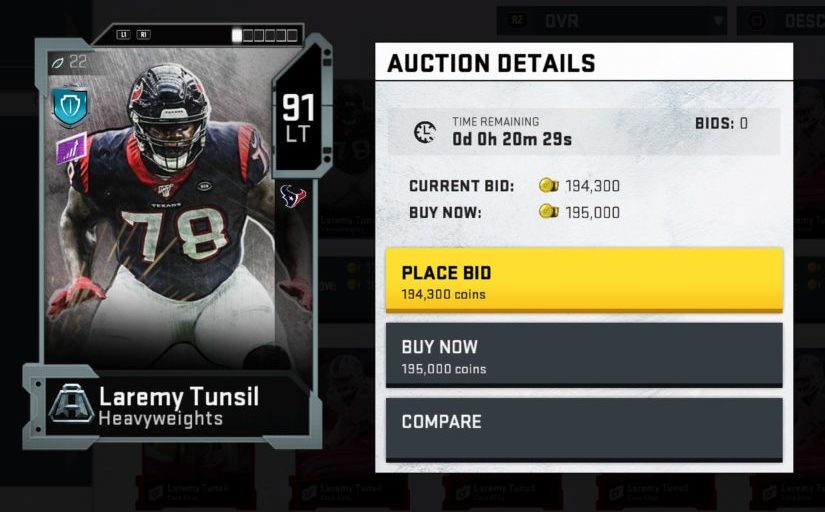 It’s Wednesday, which means it’s time to scope out the duo of Heavyweights hitting the scene.

First up is Laremy Tunsil. The Texans paid a pretty penny in draft assets to acquire Tunsil, but it’s a win-now move that is getting the win-now results, so for now it’s all gravy. Plus, making sure Deshaun Watson doesn’t get crushed too often seems like a smart play.

This is a tough look for Tunsil in this meta. The pass protection numbers don’t quite reach epic status, and that’s a shame because the run stats are really weak for a 91 overall. In this meta, you would rather be better at run blocking than pass blocking if your’e going to be weak in something, but even this card is not quite what I would want out of a one-way pass protector at 91 overall.

I won’t be shocked if Tunsil gets better cards, but for now this one is a bit of a tough sell beyond the theme team. 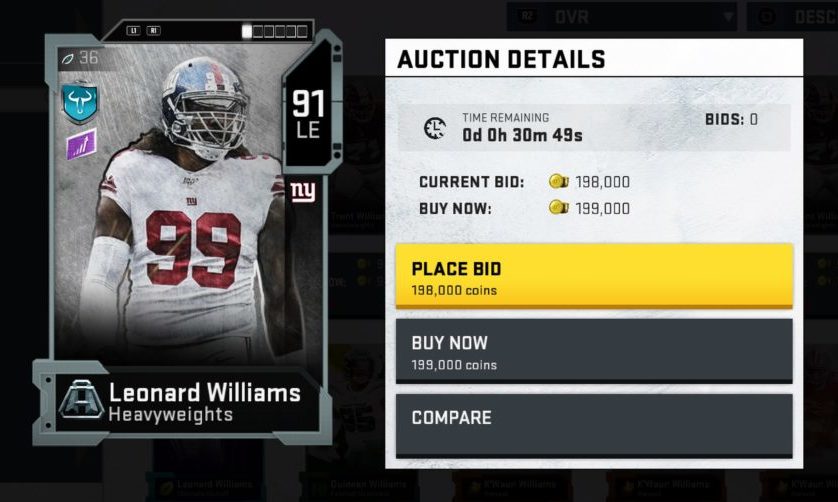 A Giants theme team will be able to do great things with this card. He’s a 3-4 end with the speed he has (see: somewhat slow), but he’s going to be able to use his big frame to blow up plenty of runs and muscle people out of the way en route to the QB. And while he is a little slow, for a 3-4 end the speed is plenty okay enough to play.

Of the two cards, I think this one looks like the winner when compared to Tunsil.

Madden NFL 20 MUT: Breaking Down What Changed With the Harvest Cards
MUT Leaks Reveals What All Madden NFL 20 Abilities Do