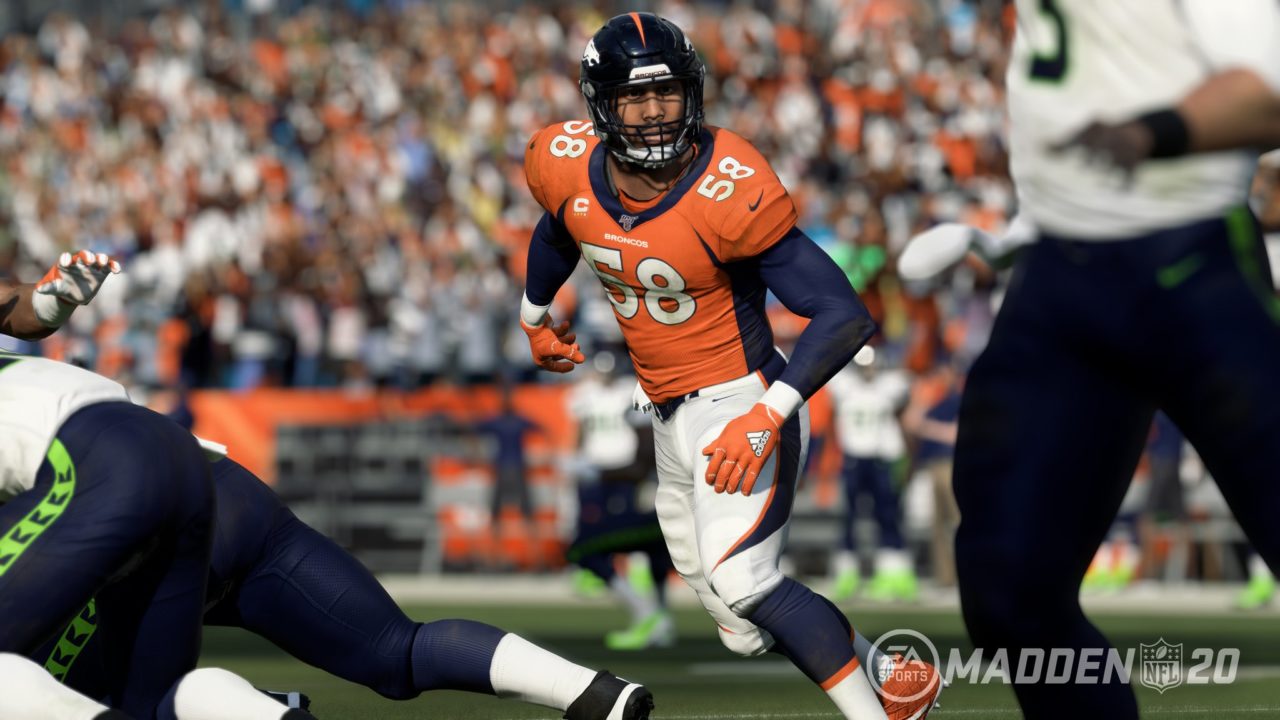 After a weekend of playing the game, here’s our initial impressions of the Madden NFL 20 Beta.

My first impressions are that the game is better overall than ’19. I like the quicker pace. I feel like all the players move faster but are still under control. I seem to be noticing that the CPU is more competent overall. I’ve had CPU running backs making realistic runs by using special moves and seeming to know where the hole is.

X-Factors are interesting. It’s not as easy to charge up a player as some might have thought, including myself. I can’t just get sack after sack with Myles Garrett on All-Pro level. So at this point in time, I wouldn’t say they are overpowered. I also noticed some little things such as the way players stand waiting for the kickoff being more realistic looking, as well at the way the return man waits for and receives the ball. Little things like that go a long way towards authenticity.

Madden 20 seems to have taken a step in the right direction once again. If you like Madden, then you will definitely like Madden 20. If you don’t like Madden, don’t expect to be blown away and all of a sudden have the football game of your dream. But I think you can expect a solid improvement if my early impressions of the beta hold up.

Right off of the bat, the adjusted passing trajectories have been something I’ve wanted for at least three years and they’re done so very well. Gone are the 60-yard bombs on a line. Instead, the pass trajectories make sense in regard to the context of the throw. Also well done is passing accuracy. Throwing on the run isn’t quite as good without the requisite traits for it and that’s definitely a welcome change. Also, once the improved pockets start to collapse, accuracy can also take a hit.

One of the biggest changes for me though, is the elimination of the robo LB. The middle of the field is finally viable to throw to because linebackers can’t snipe a pass by leaping 38 feet in the air for a pass intended for a WR 40 yards past him. The pass rush feels really nice and I like the emphasis placed on being able to read the defense and getting the ball out quickly.

Speaking of getting the ball out quickly, RPOs are a lot of fun and add a cool dynamic to offense. This goes along with the improved player motion (which is faster and far smoother) to create a Madden that is quite frankly more fun to play than in the recent past. Other positives so far include being able to house a fumble instead of diving on it, a brief preview of the scenario engine via franchise mode in the beta, and the addition of X-Factor traits, which are far less OP than initially feared.

My one worry is that, like Madden 18 and ’19 before it, the build played in June is changed for the worse by launch due to community uproar about it being different than they remember or harder at first than they’d like. I’d implore the community to play the game upon release for at least a month before asking for any patches or changes, and that the feedback for this beta be more about glaring issues instead of gameplay changes that are actually really fun and vitally needed so that Madden 20 isn’t just the same old.

My first impressions with Madden 20 beta are mixed. There are several positives right out of the gate. The game speed is quick and feels more realistic. I noticed this in the passing game. When dropping back to pass, you need to know which routes your receivers are running. The pocket closes quickly and against good defensive ends such as Khalil Mack there is a noticeable difference in his ability. You need to be able to get rid of the ball quickly, dump it off or tuck it and get outside the pocket. The AI seems more on point requiring your offensive game plan to be thought out if you want a long sustained drive for six. My early negative is that the QB animation seems choppy and not as fluid. This impression may change with more time in the beta.

Polish is immediately apparent in player movement, tackle animations and response time. The game feels quite a bit more ‘zippy’ which at first had me questioning whether I had loaded the old arcade rather than simulation gameplay setting. But this is a deliberate change, and one I’m beginning to appreciate after some initial alarm bells.

Finally, X-Factor Superstars are an absolute gamechanger like possibly nothing I’ve ever seen in the series, including the ‘weapons’ introduced in Madden 08. Playing the Pro Bowl opening, I was suddenly very much aware that I was surrounded by incredible talent, and I was made to pay by not accounting for their position on the field.

The goal was to make superstars feel like superstars, and these players are elite. But the question I and all of you will continue to have is are they overpowered? So far, it seems Madden has struck a delicate balance between the gods of the gridiron and mere pigskin mortals.

After playing just a couple of games (the opening Pro Bowl and the first game of a Giants franchise), my first impressions are that the gameplay in the Madden 20 beta feels significantly smoother than Madden 19 while the presentation in most areas remains largely unchanged.

The movements of players seem less clunky and unnatural than Madden 19, as ball carriers are able to slip through small holes without getting caught up awkwardly on their blockers. Defense appears to have caught up with offenses a little bit this year, as the pass rush not only can get to the QB a little quicker, but has the ability to affect the accuracy of throws and possibly lead to INTs. There are still some issues with players’ limbs bleeding into other players’ bodies on collisions and some legacy animations that are a little too familiar, but there’s a new polish to movement in general, including CPU awareness in running with the football.

It is a little disappointing to see most of the UI and in-game presentation carried over from last year, especially in the case of a franchise mode that’s crying out for big changes in this area.

The jury’s still out for me on the impact of X-Factors in the beta, but for now I can’t help but think how silly it is every time a graphic flashes on the screen informing me that a player is “In The Zone!” If EA is striving to make the games look as close to the real thing as possible, this wouldn’t exactly seem to fit the bill. But as I said, I’m trying to keep an open mind.

Although I have not had as much time with the beta as I had hoped, I can say with confidence Madden 20 feels significantly improved compared to last year’s game.

Visually, aside from a fancy new scoreboard and splash graphics, this year’s game resembles Madden 19. This is not necessarily a bad thing. However, for as much as I like some of the new graphics, seeing a “BOOM” after a big hit really doesn’t scream realism. Nevertheless, the gameplay feels much improved from last year’s game. Players move more natural and seem smarter.

As others have mentioned, the defense finally appears capable of holding their own. Elite pass rushers feel like elite pass rushers and leave offensive linemen grasping at thin air. The same can be said for the secondary play, as it just seems more refined this year. And as reported earlier in the year, gone are the days of LBs leaping 80 feet into the air to come away with an interception.

On offense, ball carriers hit their respective holes and can make game-changing plays with the flick of a finger. Trench play seems more balanced and improved, and QBs no longer have all day to throw. Pockets form and equally as impressive collapse at the drop of a dime. The passing trajectories are a thing of beauty and give a much more realistic feel to the game we love.

I’m still uncertain about Superstar X-Factors, but my fear of it being too easy to obtain and overpowering is no longer there. Superstars finally feel and play like their real-life counterparts. There’s still a lot of uncertainty surrounding Madden 20, but if the beta is any sign, EA is on the right track.

Cancel reply
Discussion
PhillyPhanatic14
Presentation is one thing, but was CFM different in the final version last year compared to the beta?
There's a few things that make me skeptical of the idea that they held back on CFM content in the beta compared to what's going to be in the final build.

The biggest con for me is one of my long-standing complaints: pass rush for HUM vs CPU and a lack of strategic options for your OL. I really want to be able to specify an OT/TE double team on an edge rusher.
I played with the Jets vs CLE; Miles Garrett was unstoppable. He had the first four tackles of the game, including a sack. He had numerous pressures and finished with five sacks. Since you can't double team, all I could do was call quick passes/screens and call every running play away from him. That got old.
I then flipped sides and started a CLE CFM and simmed to the Jets game. I didn't control Garrett for the first half and he did nothing. Not a pressure, no sacks, maybe a tackle or two. I controlled him in the second half and was able to get a little more pressure but nothing amazing. Once again, pass rushers are far more effective for the CPU than they are for us. It's frustrating for people who like to control non-DL or who have multiple elite pass rushers. I'm sure sliders will help with this, as it has in the past, but the key is what unintended side effects we'll get.
Other stuff I didn't like... 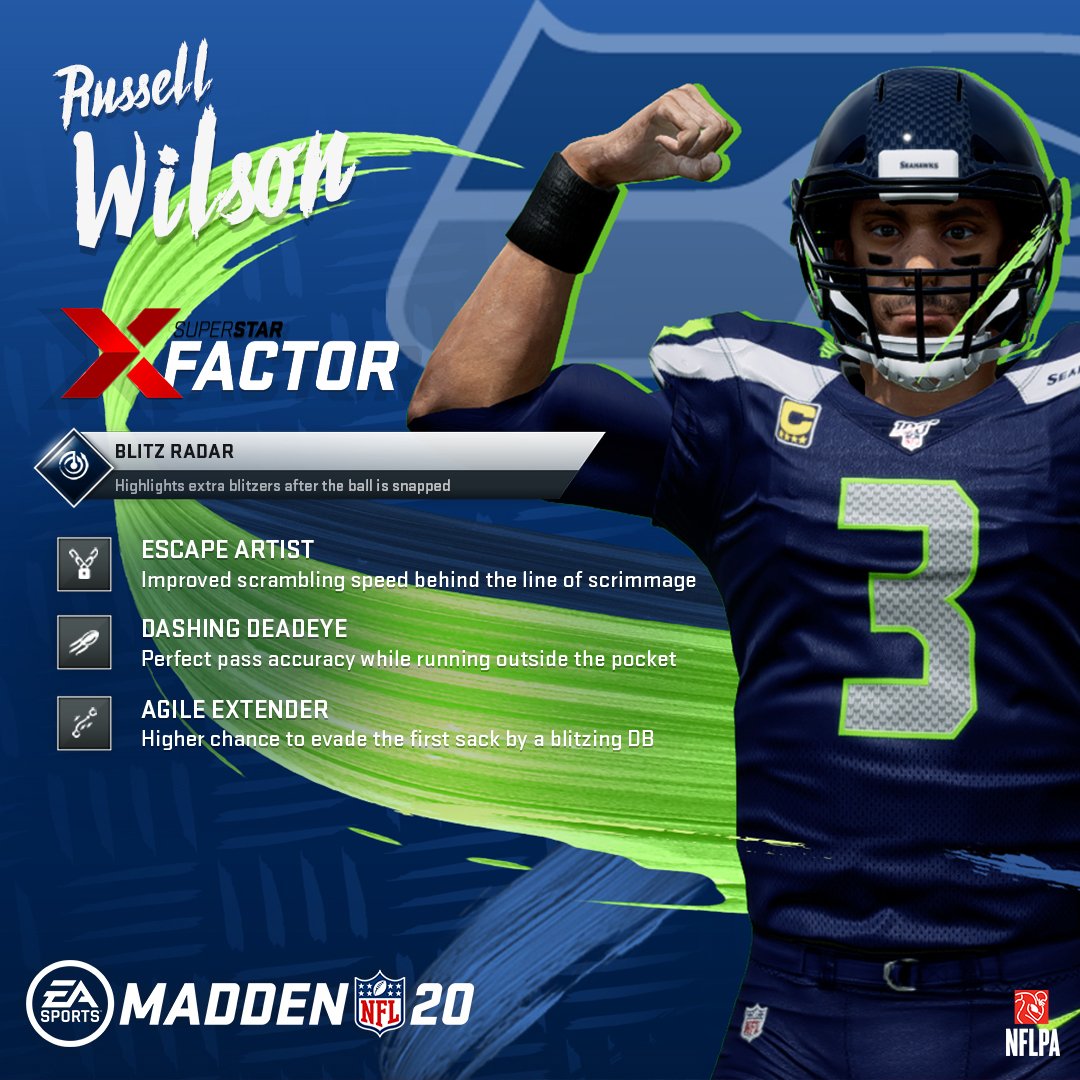 roadman
I think you are giving too much credit with Madden explaining things in minute detail by what they mean when the roll out the news.
Many times from now till the past, we are left guessing till beta or in the old days demo or sometimes the game itself. The blogs don't go much into detail ie people expecting EA to specify, so, then it's up to interpretations and guesswork especially coming from people that call out others. (ahem)
Some people go on Twitter and ask what did they mean by this.
The language they used was not in the slightest ambiguous. At all. They simply said something and meant something else. People were probably compelled to ask them on twitter due to a realization that such a lofty promises are not the type we’ve come to expect without a catch.
I’m totally gonna try to make Contractgate a thing now. It’s a small thing, but it deserves an amusing proper noun.
Mack Attack 11
Am I the only one but that looks nothing like RW IMO? 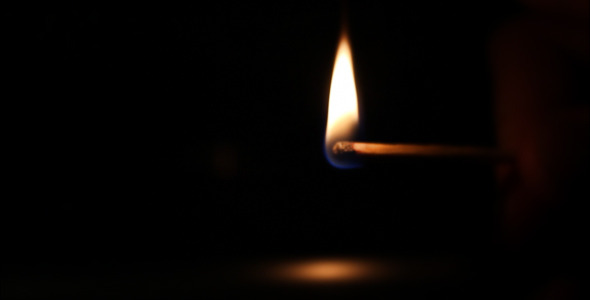 I pray they do, or we'll be forced to play nothing but single high coverages, except for 2-Man.
Click here to reply to the discussion
Continue Reading
You may also like...
Related Topics:football, madden, Madden NFL 20, Madden NFL 20 beta, nfl, spotlight