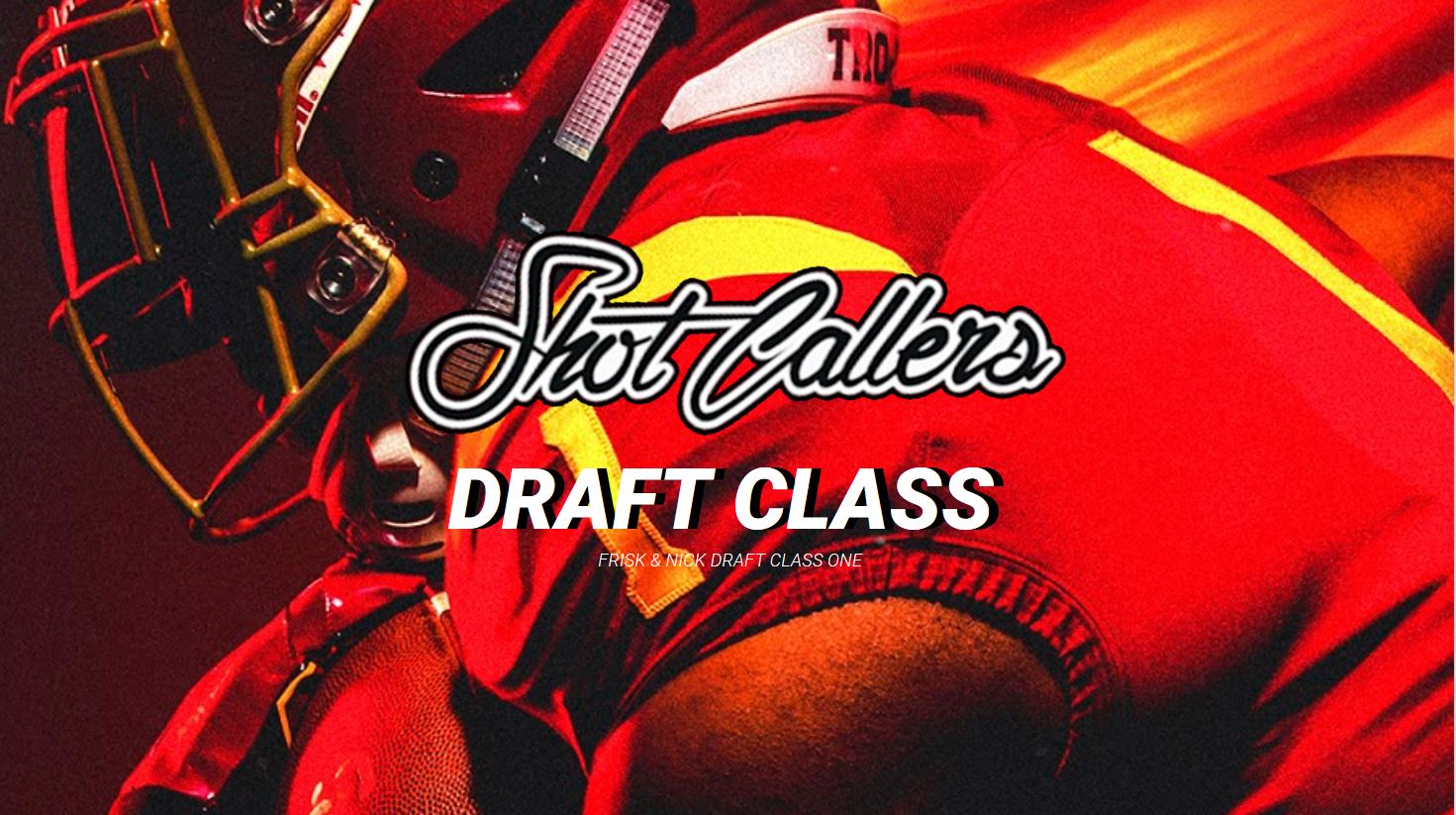 Fictional rosters have really taken on a new life in 2020, and that seems fitting since we have had to get used to a new normal that sometimes does not always include sports. We’ve had Bacon’s fictional roster for MLB The Show 20, Longballs and Legends from Scout Scoops (a fusion of real players tied to a specific theme), and even something like JB’s fictional draft classes for NBA 2K21. The latest version of something like this comes from a long-time enthusiast of these sorts of projects, Emmdotfrisk and his buddy Nick. The twist is this Madden 21 fictional draft class also comes with some built-in stories that you follow along the way with a 100-plus page PDF.

It’s a really good idea as well, especially this year when Madden 21 feels incredibly stale within franchise mode. The instructions are simple enough to follow, assuming you don’t spoil things for yourself in the process. Scope out the instructions below to understand when to import this class into your franchise and how to find it on Madden Share. 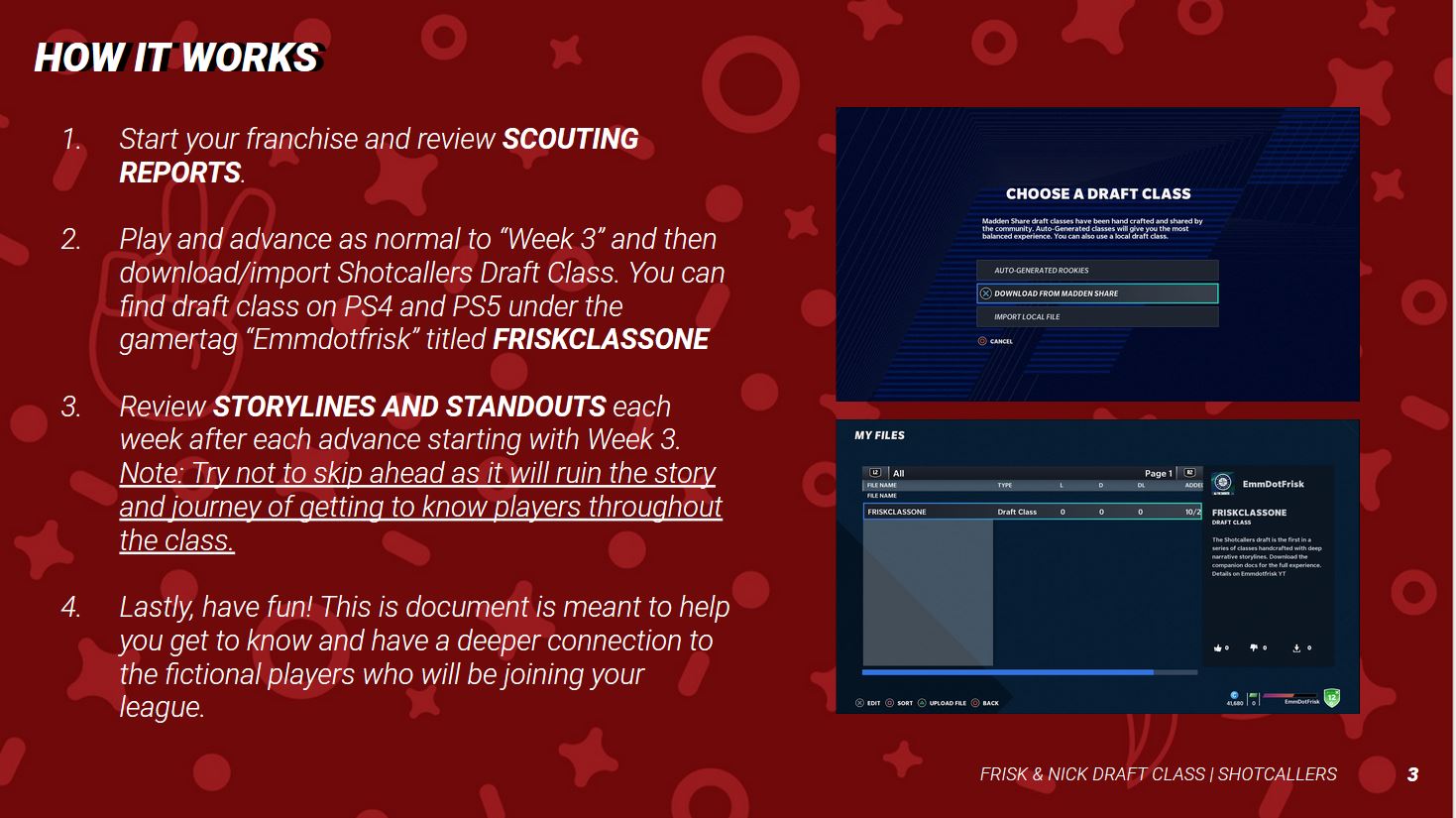 The hook for this class is a logical one. There are sleepers to be found, and the only way to do that is by following the PDF and reading between the lines to find players who can lead your team to a decade of dominance. The added element here that’s nice is the players you end up missing out on or can’t trade up to acquire will still exist in the world after the draft. You’ll be able to follow their exploits and think about what could have been if you had only made the “right” pick or traded up to get your guy. In theory, you’ll care more about your franchise mode after year one — not less — because you’ll now be invested in some of these stories.

Frisk is very interested in making more of these classes, but he’s also being honest about how time consuming they are. The hope is that the Shotcallers draft class takes off enough and gets downloaded enough that he feels it’s worth devoting the hours necessary to create one or more other new engaging draft classes. We at OS always talk about wanting more story in our franchise modes, especially dynamic and interesting stories that we feel like we’ve had an impact on, and even if a big portion of this draft class relies on reading a PDF week to week, it’s the exact sort of concept we would love to see big publishers invest in year to year within their franchise modes. 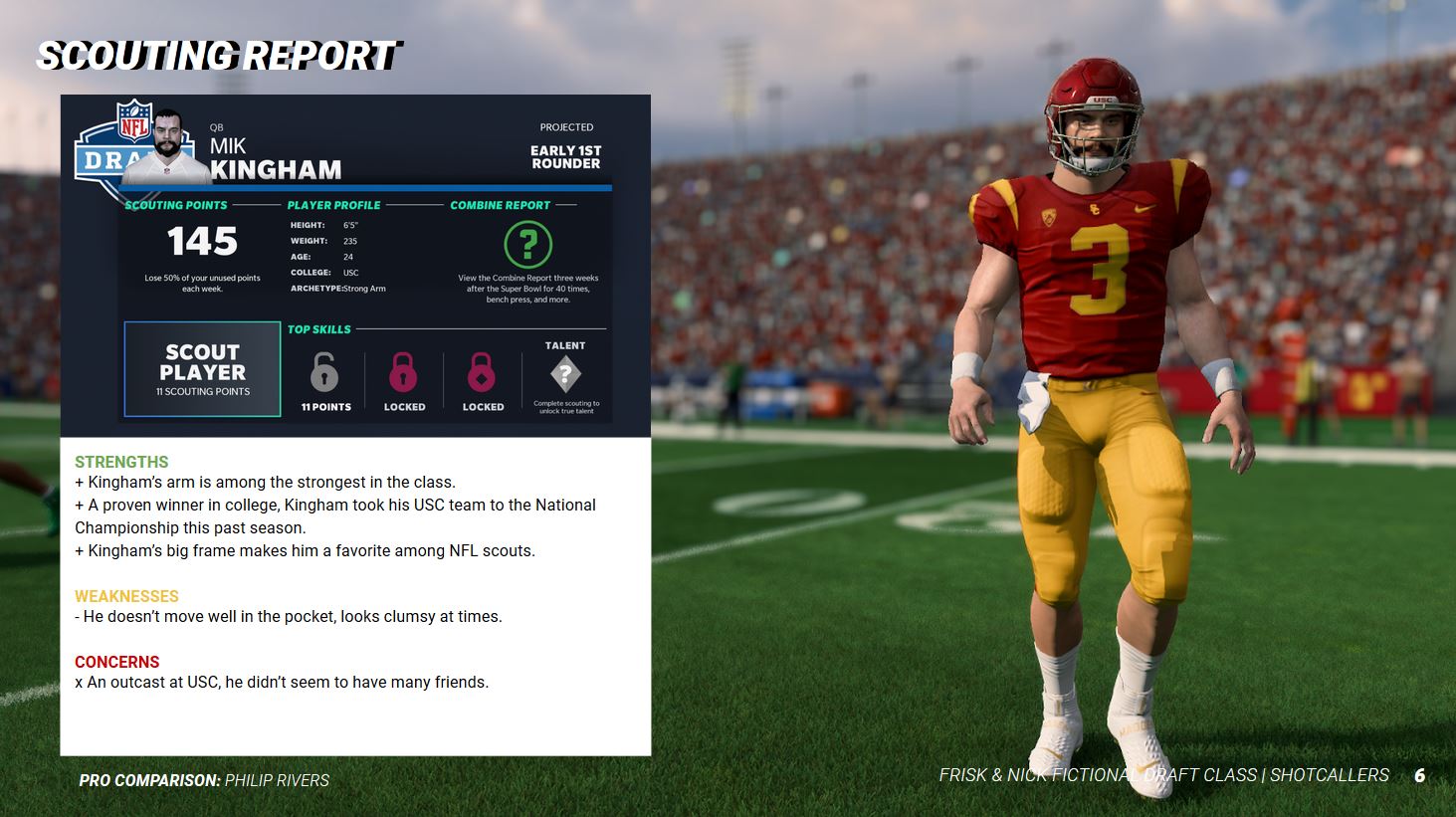 Speaking of the PDF, it’s a really clean document with easy to follow scouting reports and storylines. It starts in Week 3 and goes all the way through Week 17. At that point, you’ll get a big board, and soon after you will reach draft day. It basically turns into something you put on your weekly schedule. You play your game and do your other usual franchise mode stuff, and then you read the PDF and find out what’s been going on in the fictional college football world that week and how it’s impacting some of these fictional prospects.

Let us know if you end up taking the plunge and trying out this class. Also feel free to reach out to Frisk on Twitter and tell him if you like the draft class.