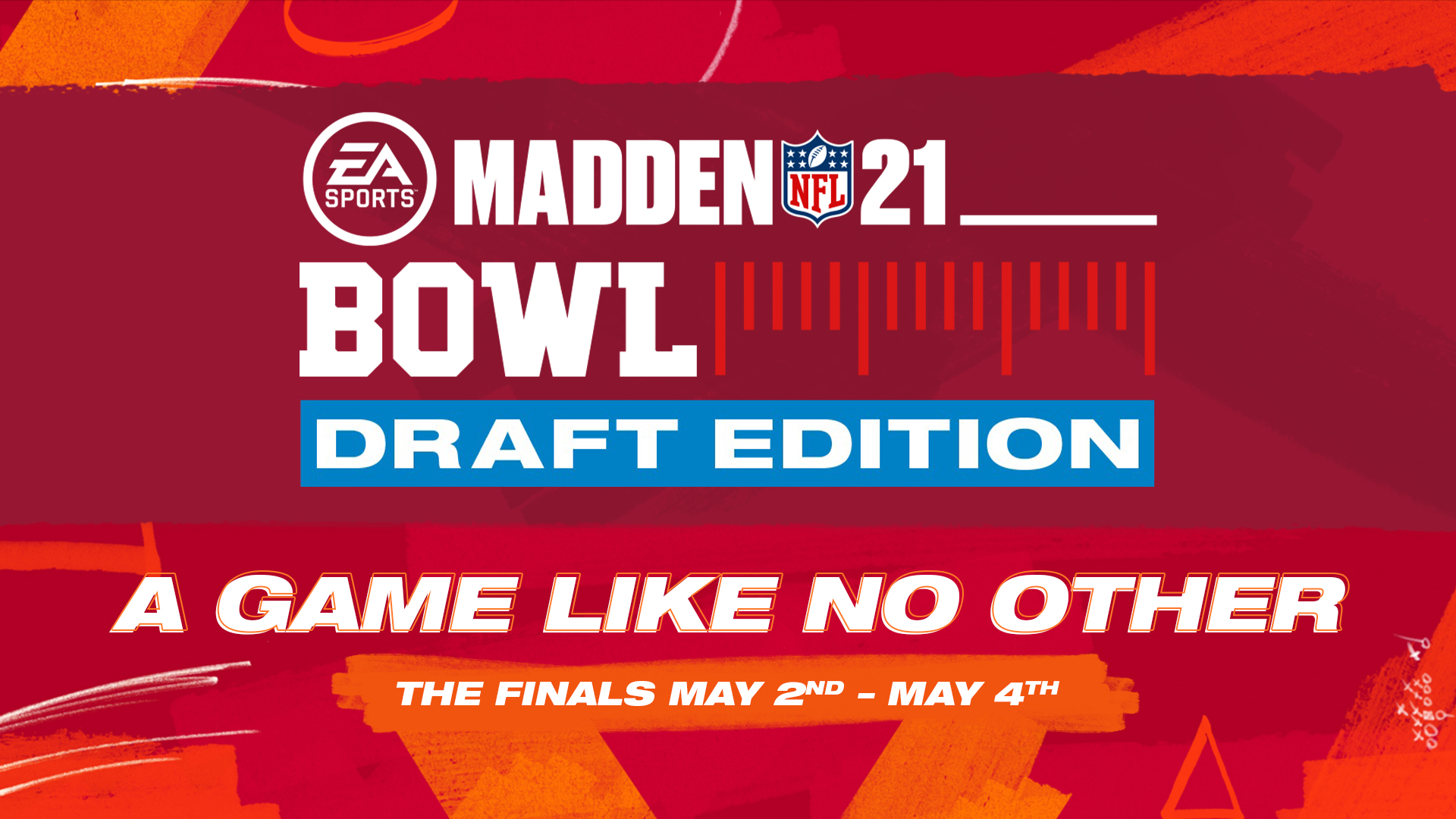 The top Madden players will be featured in the Madden NFL 21 Bowl: Draft Edition, as they battle it out for the $330,000 prize pool. The semifinals and finals of the event will air on the ESPN app and ESPN.com, along with the official Madden Twitch and YouTube channels.

The event features the best 24 Madden players in a unique team-based setting, integrating aspects of its esports coverage within special aspects of its NFL Draft broadcasts. The eight, three-competitor teams are currently competing in both 3-vs-3 (synchronous) and 1-vs-1 (asynchronous) Madden competition. The team that best collaborates its way through the tournament will win the majority share of the $330,000 purse.

On April 20, the top eight Madden Bowl: DE competitors selected teammates in a two-round snake draft format. Teams began competing in a  single-elimination bracket onApril 25. Semifinalists will compete on May 2, with the eventual Madden Bowl: DE champion crowned on May 4.

Madden Bowl: DE will feature 3-vs-3 simultaneous teamplay through Madden NFL 21 Ultimate Team (MUT) Squads and traditional 1-vs-1 gameplay across MUT Head-to-Head, MUT Salary Cap, and MUT Draft. MUT Head-to-Head is the classic format and most-played Ultimate Team mode. MUT Salary Cap requires players to build a team like a general manager while operating within constraints like NFL team executives experience. MUT Draft recreates the excitement of the NFL Draft as competitors select their rosters in advance through a live snake draft. Given the amount of strategy involved, the broadcast will also consistently share the competitor’s commentary providing unparalleled esports access.

Make sure to visit the official website for more details.