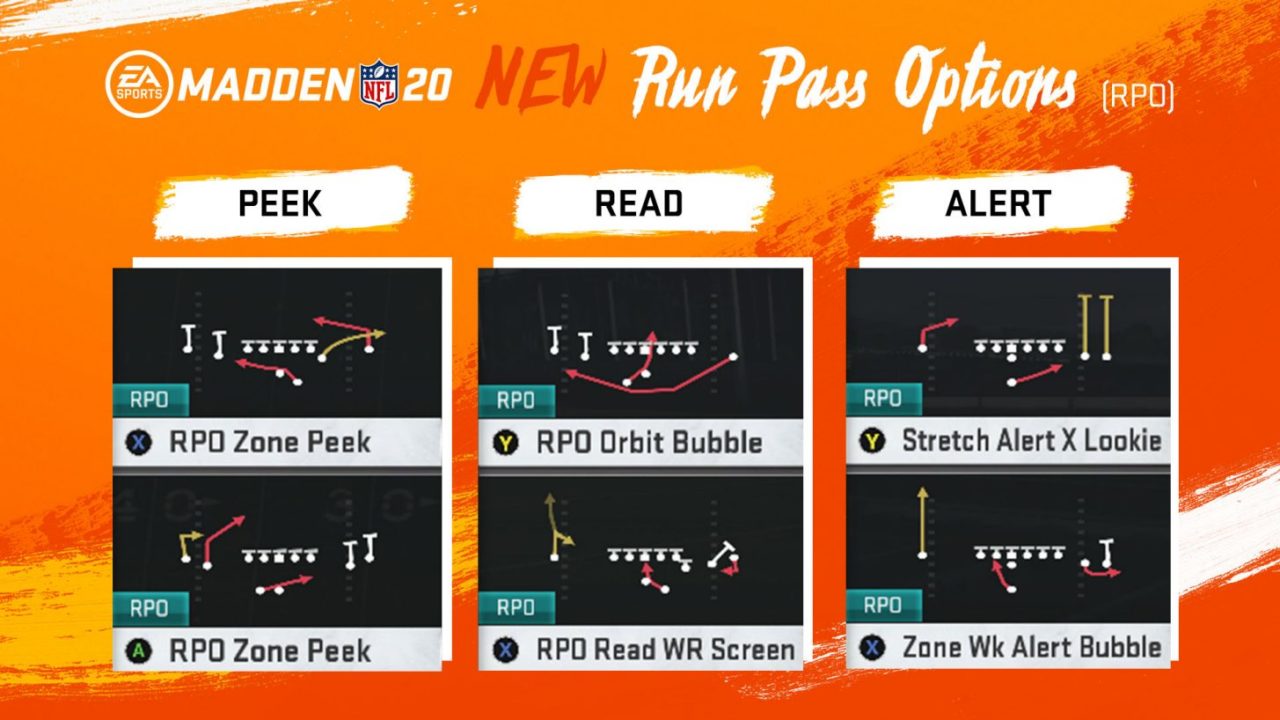 Last night, EA released another Madden 20 blog. This time it focused on some of the changes to the playbook, auto strafe and overall gameplay refinements. And like most of the news this time of the year, it left fans hopeful and yearning for more. Most of these refinements seem to bring Madden closer to the game that we all have grown to know and love.

As always, if you want to get caught up with my analysis on EA’s previous blogs, you can find them here: Franchise enhancements, X-factors and Madden Ultimate team.

Let’s take a look at what we learned from last night’s blog:

We can watch gameplay videos, but we won’t know what to expect until Madden 20 is released. After all, we’ve been promised things in the past that never quite lived up to the unrealistic expectations. However, with added realism to the gameplay, playbooks and overall feel of this year’s game, there is reason to be hopeful. What it will ultimately come down to, is how effective RPOs are and how easy it is for defenses to counter. I’m trying to temper my excitement. But maybe, just maybe, this is the year Madden brings home the sports gaming Lombardi.