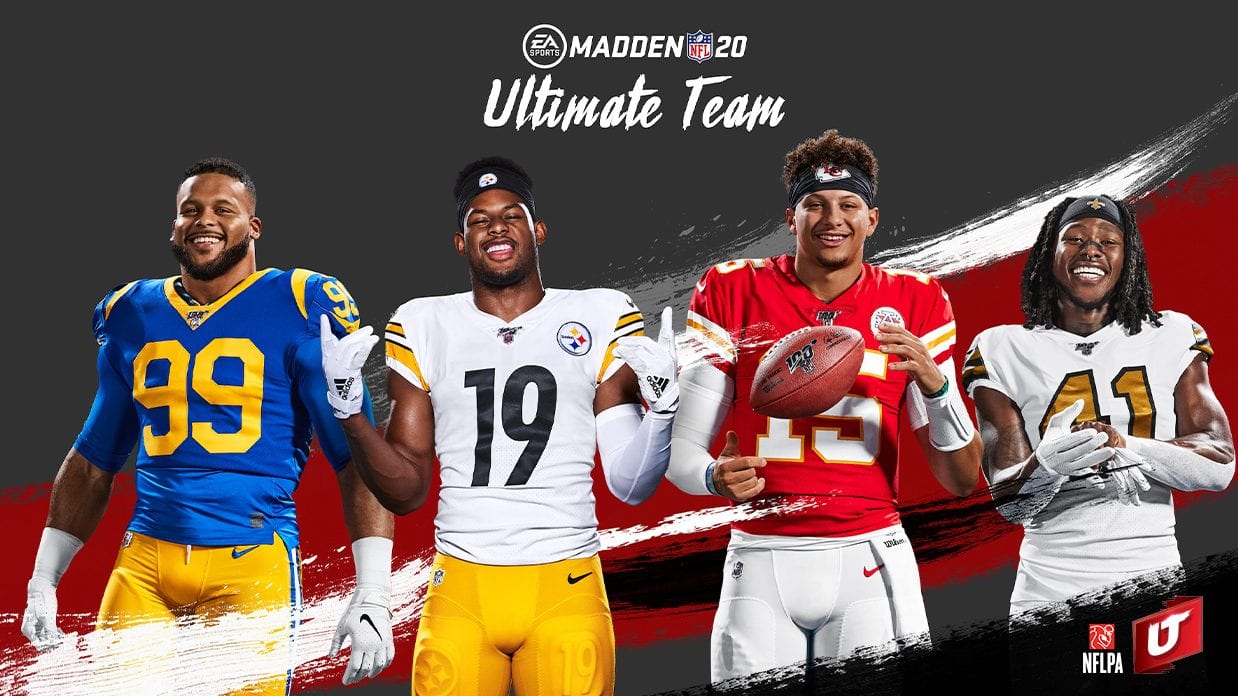 Although EA has not made any seismic changes to Madden Ultimate Team in years, it has since refined and tweaked some things over the last several years that get fans excited. And in doing so, it has made MUT one of the most desired game modes for fans of the Madden franchise.

And with this year’s installment, again comes slight refinements that are sure to make the game mode that much more exciting. Here is everything we learned about Madden Ultimate Team from yesterday’s Madden 20 update.

The first new feature introduced was “missions” that appear to give users a more direct path to the cards and items that matter most to your MUT team. This will come in handy for new users, as well as pre-existing players of the mode. In fact, at times, it can be extremely frustrating to have your eye on a specific card or item, with no real direction on where to go next. This will all change in Madden 20. It will also show users the path in which they must take to earn said reward. For instance, if you need to acquire a specific amount of trophies using a variety of different game modes, it will link you to each mode with your objective. Again, this is all to help streamline the experience for the user and make it easy to find exactly what it is you’re looking for.

Gone in this year’s installment are “solo” missions and now they are referred to as Ultimate Challenges. These are challenges that appear to be more “star based” than before. Before you attempt to do each mission, you will choose between one, two or three stars. The higher the star, the more difficult the game mode. These challenges will be repeatable, which will allow users to acquire each difficulty level’s reward.

For each star you obtain, they will then be used to purchase “milestones” items. The more stars you accumulate, the better rewards you receive. There are also “bonus” stars that can be acquired. This means a total of five stars can be earned, but in doing so you will need to complete each challenge on the highest difficulty.

This gives users the ability to earn more variety of rewards in multiple different ways. This seems like a healthy alternative to solo missions, and something all fans should be intrigued by.

One thing that users will definitely notice is the ability to go from one mission to the next without ever having to see the main menu again. In the past, after defeating a mission, you would be sent back to the MUT menu and have to go from there. Now, after completing a mission, users will be prompted to start the next mission. They will also be allowed to choose the difficulty and star rating. This will speed up each user’s experience, and hopefully help in building your Ultimate Team in a speedier fashion.

Last, and obviously not least, is the introduction to player archetypes in Ultimate Team this year. These will again be player specific. However, a quarterback like Philip Rivers, who isn’t the fastest or most elusive QB, will not have the “escapability” trait. Running backs may be better at running outside than others, and quarterbacks who can throw more accurately on the run will have those abilities. It’s just another step in making EA as true to the NFL as possible.

Lastly, EA plans to implement even more in the “house rules” feature that first appeared in Madden 19. This is something we will have to monitor as we get closer to the game’s release.

In the end, Madden 20 has the potential to be the best representation of the sport to date. But that will ultimately come down to how the game plays, and most importantly, how the users respond to the changes. Regardless, Madden Ultimate Team should once again be EA’s bread and butter, and it will surely be a hit among the competitive gaming community.