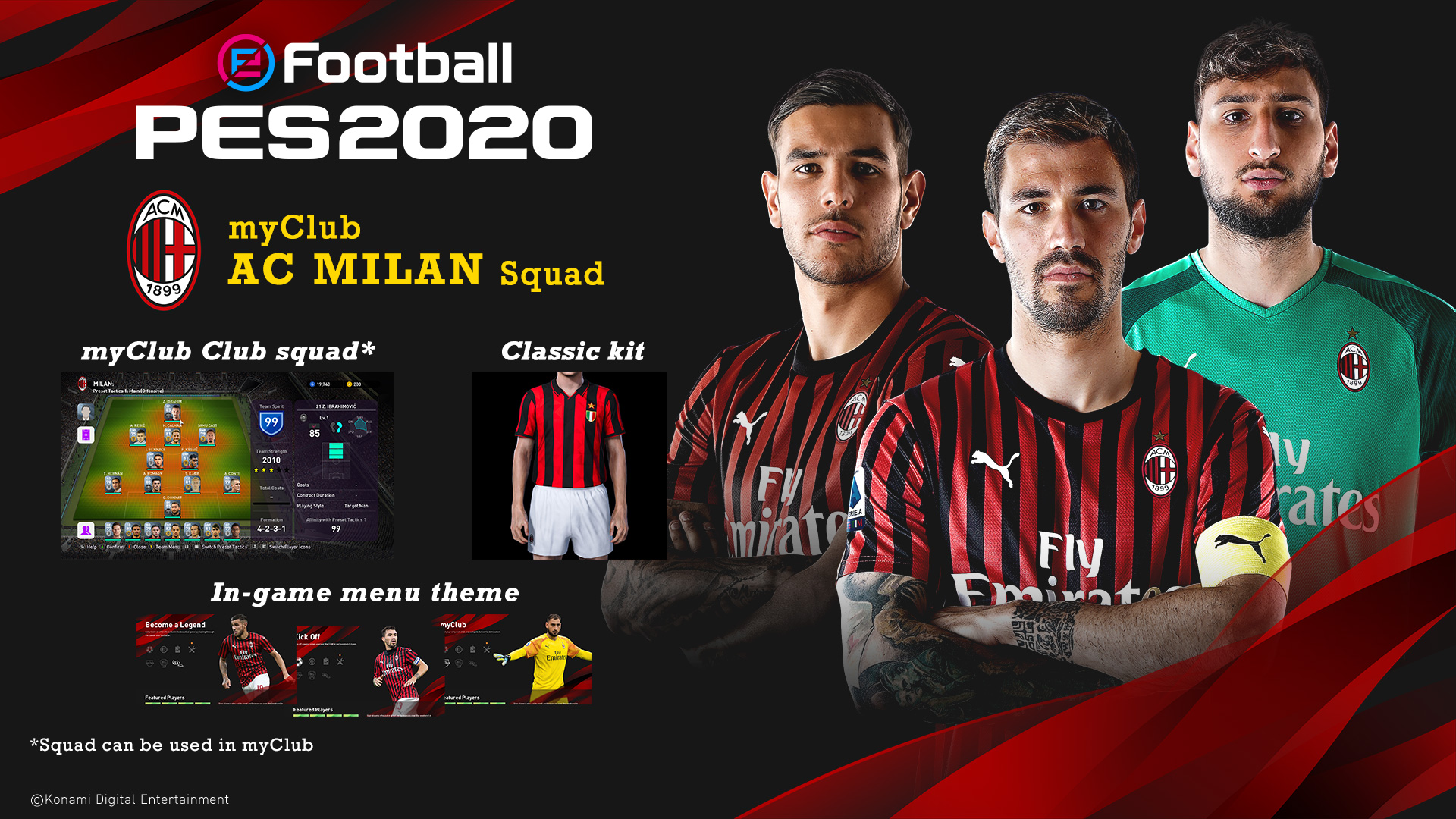 Konami has announced today, their licensing contracts with AC Milan and Inter Milan, will not be renewed. This will not affect eFootball PES 2020, including acquired myClub players, as the clubs will still be represented in the game.

EA’s FIFA franchise has control of many licenses, so it’s very likely they grabbed this one too.

We should hear more details soon on the licensed clubs coming to PES 2021, as the details for the upcoming game should be ramping up shortly.