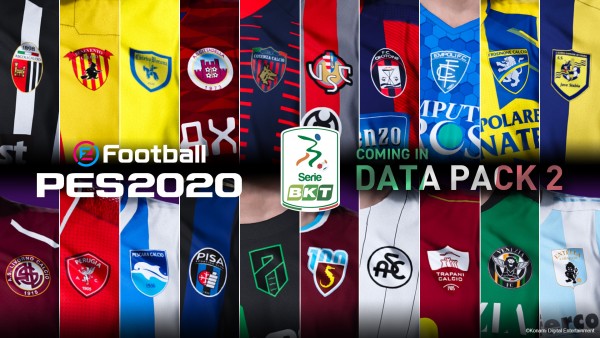 In an ongoing effort to bring the most authenticity possible, Konami will be adding Italy’s Serie BKT (Italy’s 2nd division) to eFootball PES 2020 per Konami’s official Twitter:

It's Official… the Italian @Lega_B is coming to #eFootballPES2020 licensed in Data Pack 2.0! 🇮🇹

Long rumored to be included this year, Serie BKT will be fully licensed and exclusive to eFootball PES 2020 this year. Boasting official kits, names and logos, Serie BKT’s official license means that both top divisions in Italy are fully licensed in PES 2020. Coming in Data Pack 2.0, which is yet to receive an official release date but rumored for late October, PES 2020 seems to have gotten off to a better start than PES 2019 when it took Konami many months to add Celtic Park and The Ibrox after announcing their acquisition before the game’s official release. While many players won’t be jumping to play with the likes of Crotone and Frosinone, it does add realism for players who use a Serie A club in terms of promotion rotation and Coppa Italia Play. Additionally, it opens up valuable kit editing slots, mainly images, meaning you can add more third kits or even some retro kits when they become available.

Serie BKT’s capture isn’t the trophy marlin you’d mount over your fireplace, but beggars can’t be choosers, and we’re definitely not throwing this one back. Konami will hopefully continue to add more second divisions to the mix as England, France, Spain and now Italy are all included. An extra spot for Bundesliga 2? League One? MLS?