On March 5, Konami continued its support of eFootball PES 2020 by releasing Data Pack 5.0. It’s been a few weeks since it released, so I’ve had ample time to see how it stacks up to its predecessor, Data Pack 4.0, an update I personally found incredibly enjoyable. As usual, player faces and a new “Iconic Moments” within MyClub dominated the headlines, but as always, Konami tinkered with the gameplay a little:

“A variety of minor adjustments have been made to each mode to improve the overall gaming experience.” 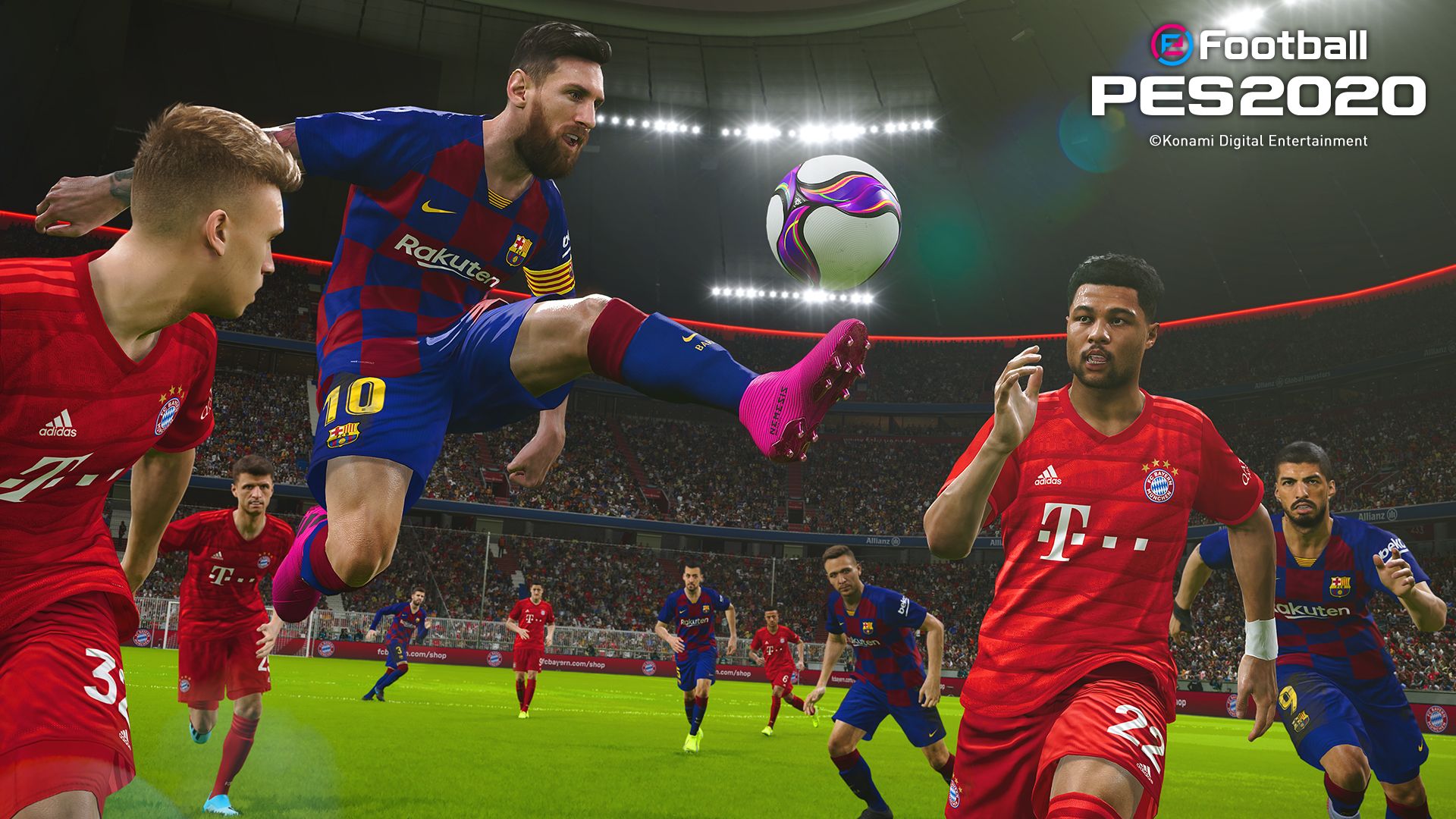 One of the best areas of improvement after Data Pack 4.0 was an increase in awareness from the AI and your AI teammates as shown here:

As you can see, the Valencia player reads the lazy pass by my CB and steps in the passing lane. It’s a simple concept: “If you can see the ball and it’s within your grasp, make a move towards it.”

In this video, I’m Chelsea (blue) playing against the AI Crystal Palace (black). It’s near the end of the first half with me on the attack as Chelsea’s Mason Mount receives a pass a few yards outside of Palace’s box. Palace is defending in numbers with nine players behind the ball as evidenced here:

As the ball is played into Mount, the Palace defenders inside of the black oval are stepping forward, as you’re taught, to maintain a high line and potentially draw the two Chelsea attackers offside. As we transition to the next picture, keep your eyes on Crystal Palace player #3:

The pass by Mount has been played and the Crystal Palace defender being highlighted has woken up from his slumber and recognizes the ball. Unfortunately, by then it’s too late:

Instead of just shuffling to his left, he takes an awkward animation at which by now it’s too late:

In real time, it happens quickly and some might not catch it, but this sort of lack of awareness rears its head all over the pitch. You might be able to get away with it in the middle of the park, but near the goal it’s hard to ignore, especially when it leads to a scoring chance.

One of my favorite tweaks Konami made with Data Pack 4.0 was how tight your players would be marked in and around the box. Here’s a video from the Data Pack 4.0 impressions article where my intent was to show how the AI did a great job of tracking runners. Instead of focusing on that, let’s look at how quickly the Valencia center back, Gabriel (#5 in white), reacts. Here it is in full speed:

Let’s break it down in a few pics:

Here, the ball is hidden some, but as you can see by the blue indicator, it’s at the feet of the blue Atalanta player who has his eyes on a diagonal pass to his most advanced teammate. Gabriel (highlighted in white) has his eyes on both the Atalanta player closest to him and the ball. Sound defensive principles! As the ball is played into his feet, Gabriel steps immediately to close the space:

Quick to react + tight to his man = a nullified attacker with nowhere to go except to attempt a low percentage pass that’s ultimately intercepted by his teammate.

In this replay clip, I’m controlling Chelsea (blue) against the AI-controlled Southampton (white). Let’s break it down:

All good so far. Southampton’s defense is shaded to our right, but what you can’t see from the clip and picture is that I moved the ball from the right to the left, which is why Southampton is overloaded defensively to our right side.

Skip ahead a few frames and we can now see that Hudson-Odoi has played the pass into Abraham:

By then it’s too late:

I have time to receive the pass, take a turn (facing the goal), line my shot up and place it in the back of the net (a well taken shot if I do say so myself). Again, too much space near the box in an area that’s normally congested in real life.

One of the areas I’d like to see fixed for next year (or Data Pack 6) is the removal of the contextual shielding animation in PES. While it’s been tuned over the last few years to trigger more frequently, it has become an all too effective way to score goals as players can hold off defenders, turn them and fire one home.

It’s no secret that I prefer the way PES moves and feels in comparison to FIFA, where it feels and looks like players skate across the pitch, but I much prefer the way shielding in FIFA is mapped to the left trigger. Being able to activate it whenever you please is an effective way to curtail the constant pressure from defenders that plague both series. Sure, Konami would probably struggle with branching animations as players tussle and break free, but in it’s current state it’s far too easy to hold players off in PES, especially in front of goal:

Here’s a short clip of Chelsea’s Tammy Abraham bodying his marker, turning and beating the keeper near post. In this one, Abraham does a good job feeling where the defender is, but because the shielding is so strong he’s able to easily turn and fire a shot on goal. I love the physicality in PES and the feeling of weight by the players, but there needs to be balance, for both the attacker and defender when it comes to shielding.

What happens when all three issues (poor awareness + too much space + overpowered shielding) all combine in one clip?

Let’s break it down!

We’ll start this clip off with some poor awareness by the AI as my left back Alfonso Davies plays a pass right around the Aston Villa defender who just watches it go by.

Once I receive the pass with Jadon Sancho (he looks good in Chelsea blue!), I buy a little time allowing my teammates to get into better positions. As I attempt to play a pass, the circled Aston Villa player (Wesley) has a direct line of sight to cut the pass out. A couple of steps forward and he’ll intercept the pass, bearing down on my defense with the ball at his feet. With all of my attackers pushed forward, it’s a risky pass that should be intercepted and I should be punished.

As you can tell, Wesley decided to stay in place allowing the pass to be completed where my player (Mason Mount) can find a more advanced attacker, Christian Pulisic (circled), in acres of space. Once the ball is played to Pulisic, it’s time for the third issue, overpowered shielding, to bring us home.

Look here as Tammy Abraham has his man pinned in the box like a prime Shaq posting up. With the defender on his hip, it’s an easy turn and finish (from a different angle):

One of the best things about eFootball PES 2020 is that strong players, especially strikers, are effective. Unlike FIFA where pace still reigns supreme, powerful players in PES are just as effective, even if the balance is shifted towards attackers.

Data Pack 5.0 isn’t all bad as it doesn’t completely ruin my enjoyment with the game. The CPU AI still attacks in a variety of ways, the sloppy first touches that previously plagued Data Pack 4.0 have been toned down, and dribbling is closer to what it was in the demo. Still, Data Pack 5.0 was a step in the wrong direction. Instead of fine tuning the game, Konami — as they’re prone to do — took one step forward and two backwards. Here’s to hoping that Data Pack 6.0 brings about the right changes.

How are you enjoying the game since Data Pack 5.0 was released?