In part one, I broke down eFootball PES 2020‘s player training development system. It’s a long read but hopefully you got something out of it. In part two, we’ll see how this player progression system stacks up in four areas: realism, consistency, depth and enjoyment. 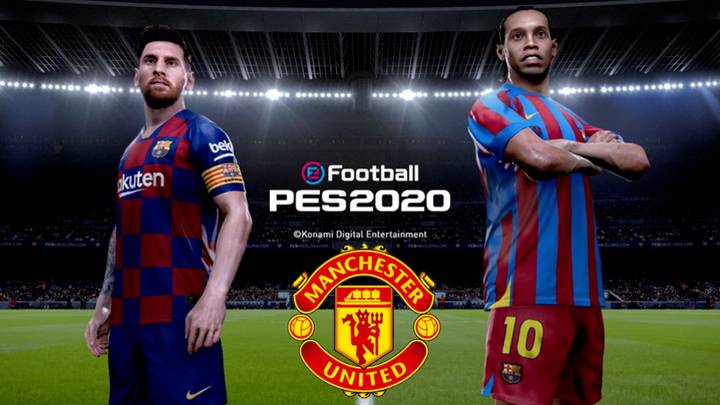 eFootball PES 2020 touches on most major components when it comes to training and the influence you can have as a virtual manager. Players progress naturally and through more minutes, especially when they play well. PES 2020 Master League still throws silly nicknames at your players if they perform well, but apart from that, the mode is well designed when it comes to how your players develop.

In my Master League, I manage Chelsea (shocker, right?). Reece James is a very promising right back who recently broke through to the first eleven. Just as he did in real life, my virtual Reece experienced a breakthrough due to the minutes he was receiving and his good performances game to game. Why was he putting in good performances despite being the lowest-rated player in my first eleven? Well, that’s because I trained him as a “Cross Specialist” play style and my striker Tammy Abraham was trained as the “Header” style.

So when I start whipping in crosses it’s Tammy that’s usually on the end of them, and when he puts them in the back of the net young Reece James’ match ratings go up. When his match rating goes up, he experiences a breakthrough (flashing light blue condition arrow) that sees his overall jump a few points mid-season. In a top club, it’s how you get your younger players/academy products into a side with much higher-rated players.

PES’ training development system isn’t very consistent. Wait, how did you grade it an “A” you might ask? Because there’s many ways to attack this system. The model, albeit a tad complicated, isn’t consistent in the sense that “Player A will improve to an 85 OVR after 3 years” regardless of how you train them. Player A could turn into an 87 with the right training and surrounding cast. He could even turn into an 83 that is extremely specialized in one area of the game (say finishing) at the cost of his all-around game.

Is an 87 OVR striker with good all-around stats more valuable to you than an 83 specialized striker who is just deadly in front of goal? It all depends on you and what you want. PES’ training system is consistent in that way. It will give you just as much as you give it. If there’s one area that could take training to the next level it would be injury-related decreases and recovery-based increases. As an example, Player A suffers a serious injury, say an ACL tear. Player A’s speed and acceleration suffers, and as he recovers and works towards match fitness, his speed/acceleration slowly increases.

To be fair, I don’t know if any other game does this, but if we’re being honest I’d settle for more injuries in PES, period.

PES’ player progression model is as deep a system you will see in soccer games not named Football Manager. Not only are there several ways to attack training, the results can vary and they do so according to your input. With layers upon layers of options, player training can affect the individual player, his teammates and the entire squad as a whole. Having player development roll up into your overall team philosophy creates a new dynamic, and without the pressures of having to be forced to develop young players — as is the case with FIFA — you can afford to make a few mistakes along the way.

If there’s one area in regards to depth where PES could improve upon it’s an actual practice mode and or/training games. FIFA’s inclusion of mini training games was a nice touch, even if most career mode players simulate them. Incorporating mini-games into some sort of practice would be a great addition. Perhaps even make it risk/reward where you could schedule practices in-between matches, with the reward being added training bonuses potentially at the expense of increased fatigue and/or failed training if you don’t successfully pass the mini-games.

The best thing about PES’ training system is that it’s yours. You get to develop players how you see fit, just as you would in real-life. If you have a veteran player who is already an 85 in finishing, that’s a very adept but not elite finisher. You, as the manager can say, “He’s already good in front of goal when it comes to finishing, so let’s get you in the gym and work on your strength.” More strength means you can better hold off players so you can get that shot off. Conversely, you can say that you’re going to further boost his shooting and make him an elite finisher. In other words, two different ways to become a better finisher. Options galore.

If you don’t want to get that deep, you really don’t have to. You can leave all of the training to “balanced” and rely on your playing time, match results, and the occasional message in your inbox about player rating increases (monthly) and breakthroughs. These are also things you can easily manage through routing parts of the game via setting your lineup in game plan.

The only real negative part about Master League’s enjoyment when it comes to player training/development systems is there is a ton of information, and like many aspects of PES, Konami does a poor job of explaining them — sometimes literally as the Japanese to English translation can get lost somewhere over in Eastern Europe. That being said, others might enjoy the hunt for information because reading wiki guides, watching YouTube playthroughs, etc., just drags you deeper and deeper into the PES abyss.

What do you think about the player development in eFootball PES 2020?