Konami has announced today that the company has signed a long-term exclusive PES partnership agreement with Atalanta Bergamasca Calcio, commonly referred to as Atalanta, one of the top up and coming Italian football clubs.

We are excited to announce that @Atalanta_BC have become our newest Partner Club! The official, exclusive partnership will commence from the start of the 2021/22 season!

The partnership will start in the 2021/22 season and will be exclusive to eFootball PES 2022. This means that Atalanta will most likely be generic for EA’s FIFA series starting in 2022. Similar to Konami’s announcement last year with AS Roma or this year’s announcement with Napoli, PES, despite losing the rights for the San Siro (home to both Milan clubs), seems to be stepping up its licensing efforts in Italy. Juventus is already under contract as a partner, and Napoli is another exclusive partner — albeit with the latter starting in 2022/23.

From the looks of the trailer, it seems like we’ll be getting Atalanta’s stadium, the Gewiss Stadium, and it looks well done. 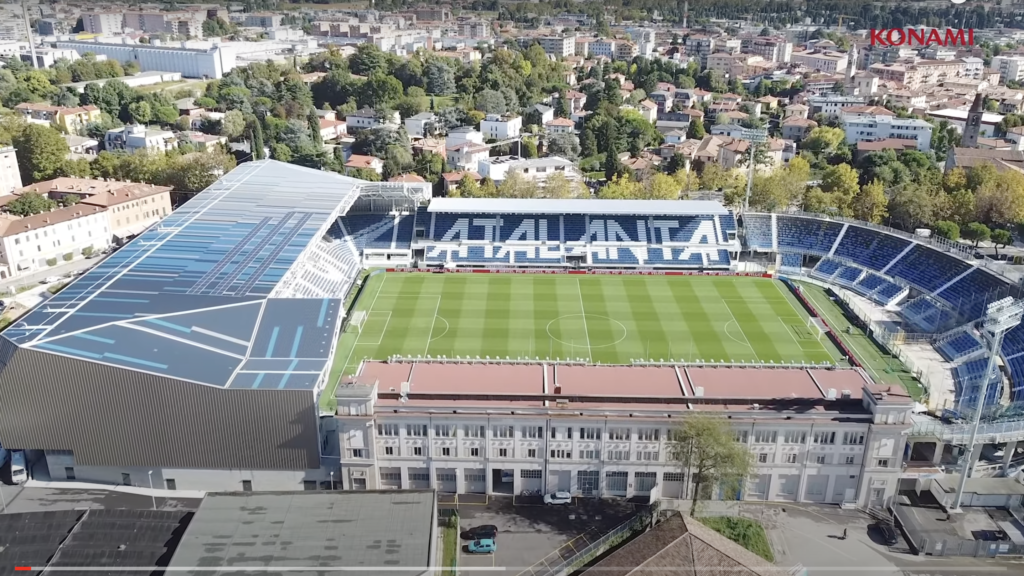 While we won’t get a training ground like we did for Napoli, we’ll still get one more authentic stadium bringing the grand total to four:

Another official stadium is always a good thing, and by the looks of it, Konami is really focusing in on Serie A where licenses and partnerships are easier to come by. While we wait for more information, eFootball PES 2022 is shaping up to be a very nice footy offering, and the Atalanta PES exclusive just adds to that excitement.