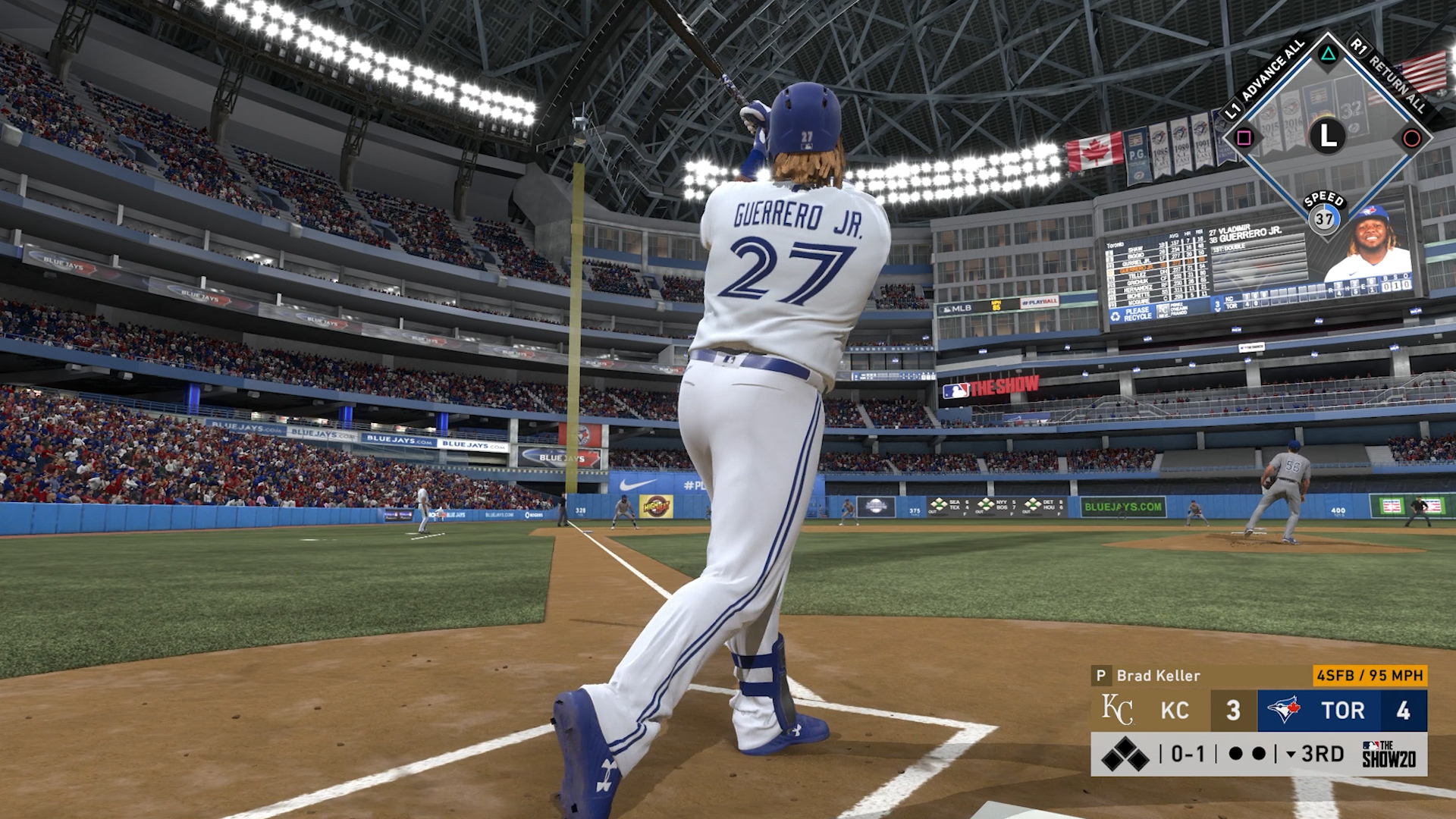 The New York Yankees were covered in great detail yesterday, and so the Toronto Blue Jays will wrap up our look at the AL East. The Blue Jays home run swings are a hard group to review because they have a lot of their top prospects up in the majors now, but none even have a full year of service time. So some players who are projected to hit for major power are not quite there yet in terms of realized stats. They also have some role players and veterans who have solid power as well. With that in mind, I have seven players to review here.

Analysis: It’s a little bit of a bummer Vlad Jr. doesn’t get a more signature swing as of yet. He had an up-and-down year, but the hype around him is still immense. The issues start with the stance not being open enough. From there, his first step closes down his stance, then he uses a small leg kick to load. The way he loads his hands is also off in The Show. The follow through is solid here, but if SDS were able to show Vlad generating even more torque and going a little more off balance on the follow through, that would be ideal.

Analysis: Gurriel Jr. has a generic swing as well but that’s not too surprising. The big changes needed here come with the initial stance and follow through. He needs to have his front foot bobbing up and down to keep his rhythm before the leg kick, which is really just more like another rhythm step. His stance also needs to be closed down a little more, and then he needs to have a two-handed follow through. His hands could use a little work as well during the load, but that’s a little more minor.

Analysis: Teoscar gets a generic stance as well, but I think if he got Gurriel Jr.’s Show swing, it would be closer to accurate. Again, he needs to be bouncing up and down a bit on his front foot, and the follow through has swag on it, but not the right kind of swag. The follow through also needs to come up around his shoulder rather than wrapping around the back.

Analysis: Tellez gets the Jays back on track here as this stance is just about perfect. The big thing to get here is the follow through, and that is spot on as he pulls the left arm up and across his body while unleashing an uppercut swing.

Analysis: I don’t think Biggio has a signature stance, but it’s still mostly correct. The main issue is with the lower half as he needs to be just about square and bend both legs the same amount. From there, it’s mostly accurate as there’s just a small leg kick, and then a quick uppercut swing with a two-handed follow through.

Analysis: Another very good re-creation here as the Mayor of Ding Dong City has an open stance here that he closes down with his leg kick. From there, it’s a two-handed follow through that stops short and returns to neutral in quick succession. With the celebration, Shaw is a little angrier here than usual in the MLB clip because he had been struggling. However, he’s consistent with his clap, and The Show has him kissing his hand as well, which is not inaccurate depending on the day. I would have him looking to the sky in The Show be the one thing to add to the celebration.

Analysis:  The big thing to get with Grichuk is making sure he quickly gets out of the box and starts running the bases, and that’s correct in The Show. He does not stare at his homers, even the no-doubt ones. The issue is his stance should be a little more open, and he needs to keep his front foot flat rather than being a little more up on his toe. The follow through could also be a little more below his shoulder, but that’s a very minor tweak.

Again, it’s not surprising that the Blue Jays have more inaccuracies than some other teams. They have a lot of young talent, and players who maybe have not come in yet for mo-cap sessions and so on. This wraps up the AL East, and tomorrow we move to the AL Central and start that journey with the Kansas City Royals.