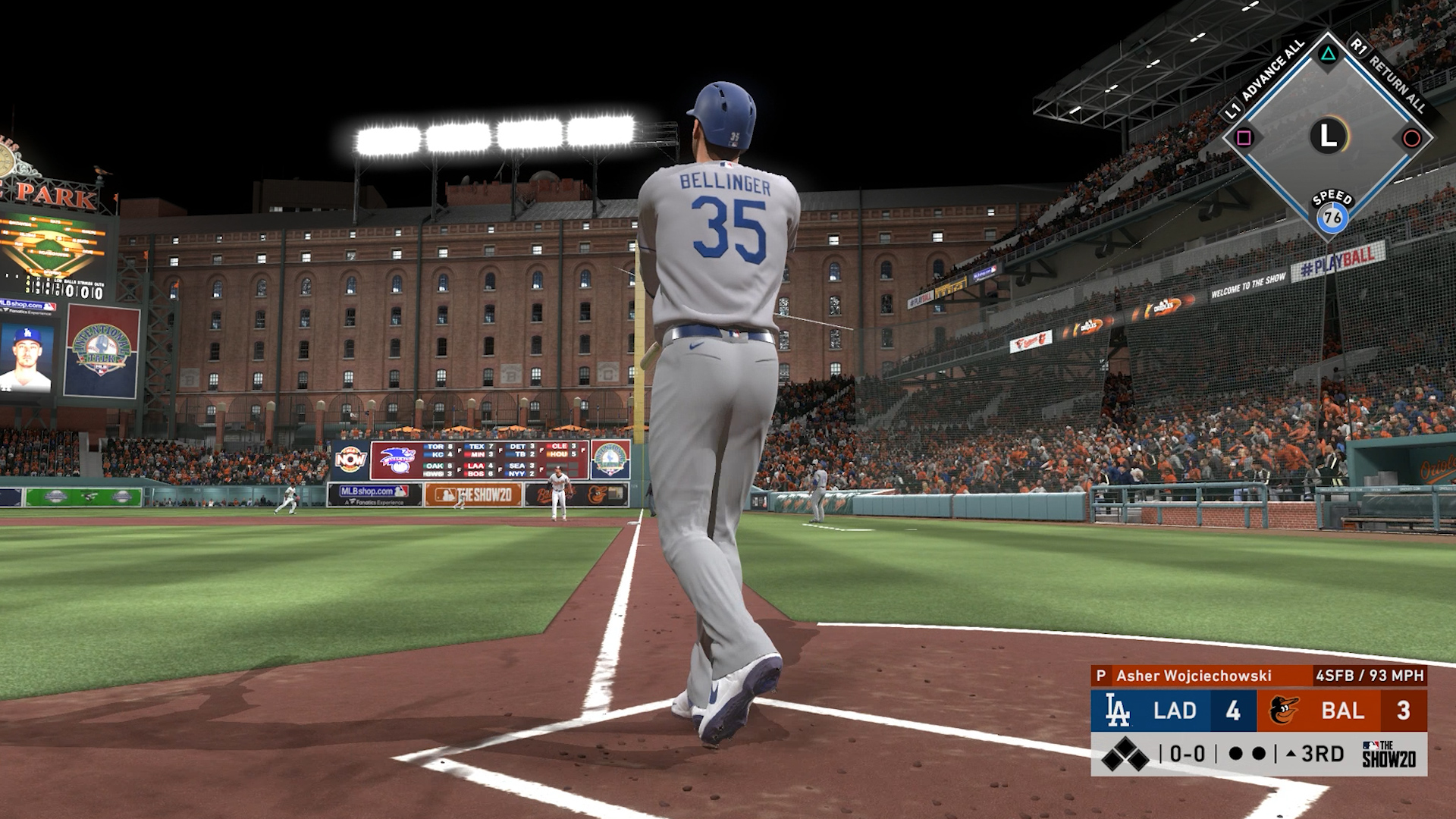 We finished out the NL Central with the Pittsburgh Pirates, which means we now move to the NL West. I’ll be starting the reviews in the NL West with the Los Angeles Dodgers. The Dodgers home run swings are numerous, and we also have a bunch of celebrations to review as well.

Analysis: Starting off with Bellinger, it’s really just very small tweaks I would make here as the general look is correct. I would raise his hands just a bit more, and I would not have him dip them as much as he swings. Instead, have him dip his whole upper half just slightly rather than dropping the hands. With the leg kick, it’s just about right, but just have him make a little smaller step, and have it open up his stance a little bit.

With the celebration, what’s here is correct when Bellinger decides to do it all. He does the clap at home plate much less these days (but still pulls it out here and there), but they have him punching the third base coach’s hand, and that’s the important aspect to get.

Analysis: With Muncy, I’m not sure what the developers are using as the base for his swing, but it doesn’t really work here. The setup is fine enough, but as soon as things go into motion it loses authenticity. His leg kick is not pronounced enough in The Show, and he also tends to compress his whole body inwards towards his midsection as he swings. During the follow through, he wraps the bat more around his midsection and follows through with just one hand, neither of which is accurate to real life. In real life, he also leans back more and torques up that front foot in such a way to really open his body up as he watches the ball fly. Lastly, while Muncy does not do it every time, he does enjoy flipping the bat away immediately after the follow through on some home runs, so I think The Show could lean into his swag a little more.

However, the celebration is accurate as he does a double point to the sky as he comes to home plate.

Analysis: Very close to perfection here for Pederson. The only real issue comes with the setup as he could stand to be a little more open, and he does not put his right foot flush to the ground before the leg kick. On top of that, he could stand to keep his stance a little more open after the leg kick. After that, it’s smooth sailing as Pederson brings the bat somewhat back to neutral with two hands while then staying there for a moment to watch the ball fly before finally dropping the bat to jog the bases.

The celebration is slightly hard to see in The Show clip, but it’s accurate. He touches one hand to the other and points to the sky.

Analysis: The Betts swing is solid, with the one glaring fault being during the follow through. I think the Betts swing comes off looking more inaccurate than it really is because he follows through with one hand rather than two in The Show. However, the lower half does more or less mimic what he does in real life (especially the back leg). It’s just the way the upper body changes due to holding the bat with two hands over one makes it look a little less accurate.

With the celebration, I’m not sure what The Show has for Betts because it doesn’t really play for me in the edit player menu. In the game, I got him pointing to the crowd and Betts does do that sometimes in real life, but The Show has that celebration for plenty of people so it might just be random chance. So I’m just going to leave the celebration portion of the grade as more of an incomplete since I can’t get the proper visual data in the editor.

Analysis: The one fault here is Turner has moved his foot placement a bit in real life. His left foot is now more in line with his back foot, so the stance isn’t nearly as open in that regard as it maybe once was. However, the extended leg kick is very much noticeable, and he also really holds that one-handed follow through while opening up his entire chest to where the ball is flying. On top of that, the right arm fully extends during the follow through. Turner’s follow through is one of the better replications I have seen so far in The Show.